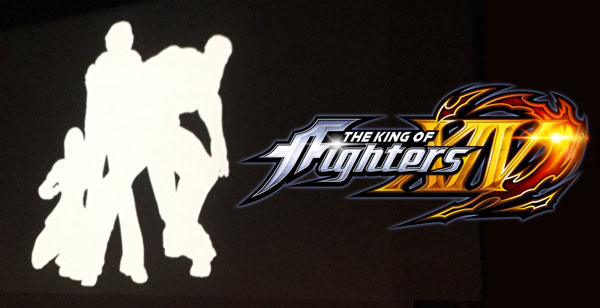 all the videos, tweets, info and opinion about the WCS/DLC announcement in one post.

Here’s grand finals, did you guess who would end up here?  Spoilers ahead.  Use the link above if you don’t want to read about it!

The producer on #KOFXIV Yasuyuki Oda joins them on stage with a message of support! pic.twitter.com/eyNHvtXCOi

it was indeed rather unexpected. First of all it was double elimination, albeit with FT1 on winners brackets up to winner finals and in losers brackets it was FT2 all the way!  As stated earlier, as players we want to see a good competition so FT1 is horrible, however, as a viewer, it speeds up the time needed to watch the competition, plus it cranks up the tension to the max!  People did echo did this statement.  Xiaohai would have crashed out even earlier if it wasn’t for the FT2 rule applying to winners finals!

There are some fantastic matches, and then SNK started streaming losers, so make sure you check out all the footage!… Annnnd SNK didn’t set their second stream to record archives, so the matches with MadKOF vs ET have been lost, unless someone recorded them (check back later).

M’ made it all the way to finals, defeating Xiaohai, in perhaps the most anticipated match, making him the overall king of fighters.  Nobody else has defeated Xiaohai, afaik!  Japan is now probably going nuts as Xiaohai was the favourite, with M’ having never left his homeland to contest who is the best.  A faint memory recalls they may have clashed on KOF13, but that’s beside the point, for KOFXIV, a new mark has been set, the target is now on M’ as the man to beat.  Gxbridget was unknown to the west, but has now made a tremendous name for himself.

Congrats must still go out to all participants, including the frauds that shouldn’t have been there :p

Did you enjoy the finals? 10,000 viewers from all over the world tuned in on twitch alone.  Thousands more on the other networks.  SNK has invested a lot to give back to the players and we were rewarded with thrilling matches!  But not everyone will feel the same.  Is it worth it for SNK to do this?  Do you want to see more?  Or would you prefer just more DLC?  For some games, the prize pot is one of the main reasons people are playing, which has a ripple effect.  Disagree?  Leave a comment!

Shout outs to the awesome match announcer too (he’s the same one from the game)!

Here’s the playlist, so you can get all the rest of the streamed action straight away, we’ll try to find the losers so check back later.

Here are our two finalists with their prizes! The winner gets a trophy and an original illustration from Ogura, presented by Yasuyuki Oda. pic.twitter.com/8WvqTfOKEX

And now, the moment you’ve all been waiting for, the announcement by Oda, it’s not Samurai Shodown (yet), it’s not a balance patch (probably also coming) it’s NEW CHARACTERS!  It has not been specified if these will be free or not but more info will land in MARCH.

Now we get to show some new info about #KOFXIV!
New costumes, stages, and DLC characters! Who could they be!? pic.twitter.com/lTrVfmy3Sc

Who’s getting that invite?

And if you look closer, it seems there are in fact FOUR characters!!!!! SNK knows about the character poll results, with team USA, Chris Shermie & Yashiro topping the polls, plus Blue Mary and Rock Howard. There was a controversy over the votes as team USA was spammed by people who don’t even know the team but this number was penalised.

Check out the renditions by fans

After looking at the poll results and the fan clamoring, it seems SNK has finally caved, going against their initial ‘all in one package’ strategy. We had 50 characters, with skins not even yet completely rolled out, yet it’s universally proved (in survey data) that fans want more! And now more will be coming.

There is a trend for DLC characters to be overpowered to give them value. Considering that it is the fans, not random players, who are asking for their favorite characters, would it would be better for the game if they are at least mid tier…. especially if they are not the last to come.  Ultimately the game should be balanced overall but perhaps that’s just too unrealistic with such a huge roster.  I personally still welcome the idea of EX characters.

Be careful what you ask for!

It’s noted that people are asking for free characters, whereas every other company has sold their dlc characters; complaints or otherwise, they still sold and helped to finance development, it’s hard to see how anyone can expect different from SNK.  In my opinion, if they give these characters away for free, they are absolutely Yamazaki-mad. Certain games are insulted daily about their dlc, but they still sell; SNK would do well to ignore certain people; they gave have given enough for free already.

And that’s not even all!

People also asked for stages, SNK continues to show they are listening and developing for KOFXIV, when it should have been a release and done deal – remember that NO DLC was planned. This is pretty amazing.  More stages are coming, note the Fatal Fury Homage and Monaco stage belowe – and these will be free!!!  This is, imo, a bad decision but great for the fans!

Perhaps the red riding hood costume will create the Sylvie Army that fans have been waiting for? As for Angel… well…. I’m sure people are screaming “I love ewe” right now :p  Is that a cat shaped pillow? OMD!  Kula’s costume is perhaps the most underwhelming, especially when presented with these crazy outlandish and fun designs.  And of course, the classic Iori will finally be released.  Let’s see how many die hards buy this one, considering the noise they made!  Iori Released FEB 23!

Gatoray uploaded a video and it’s more and more clear to see that while SNK is trying to expand its audience, its the older fans that really go crazy for the nods to their history.  You’ll hear them applaud the Fatal Fury stage for example.  And arguably, older fans have more money… so…..

Back at the ranch, players are now chilling and enjoying together, as opposed to another certain competition by a different company, where players were exhausted and sleep deprived…..

Spectators got an awesome swag bag!!

The present received from the #kofxiv world championships. Tshirt, towel and drink. pic.twitter.com/jFOopb2par

So that brings us to the end. Did you have fun watching the finals? Do you want only free DLC or are willing to help the company?  I know I am, and hope to see a more open and global tournament next year.  Thanks to the KOFXIV team led by Oda, and SNK!