Too little too late for #KOFXIV? 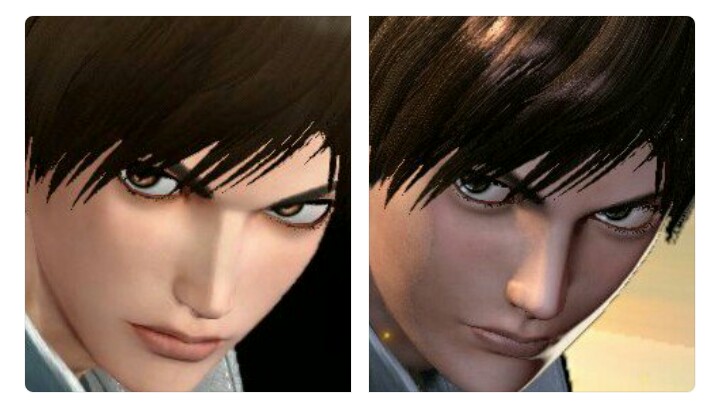 Too little too late for #KOFXIV?

This is great, but will it attract new fans? There may be in fact nothing that SNK can do now, because they listened to the fans, and perhaps the wrong ones.

Let’s look at some of the complaints that came out after KOF13 was released, and maybe then it’ll be obvious why SNK needs to be careful and not listen to every complaint.

“I (….) can not get the new chara design, nor all the colors with flashy pink burst effects. Even if the gameplay is good, it’s too bad for the heart and eyes to see my favorite series massacred in this way.”

“Might get this next time it goes on sale. I still love 2d fighters over any modern ones, I just get worried how hard this game looks and Im not that good at street fighter 4. It reminds me of third strike which was just way over my head with execution.”

Many hardcore fans were very critical of the look AND the gameplay. Some noted they couldn’t recognise cross ups at all or feel when a hit would land. Others quickly screamed that 2002 would always be better.

Today, some of those fans have changed their opinions and love kof13. Some of them haven’t. Kof14 has some things that seem strange, like long rolls and crossup issues, and so old players could adapt to it… But should they really be dragged into this “future” kicking and screaming, all over again? Would it be so bad to tweak some things to make old players comfortable? Again, the survey reveals most players are between 25-35.

Looking at the survey, the biggest issue with introducing KOF to “your friends” is simply that they don’t like fighting games! The second highest was graphics. This complaint was pretty common since the games first reveal. But with the new upgrade, will it make any difference now that the game has been launched?  The casual player has moved on, is playing something else, or maybe gone back to SFV to check out Urien. Which leads us to the other main concern, DLC.

Fans were adamant they didn’t want to be ripped off with DLC already on the disk and were threatening boycotts etc. SNK listened. What do fans want now, after 50 characters stuffed into the disc and only 2 cheap as hell DLC skins? You guessed it, DLC characters. To be fair, some just want more costumes and colors. But will this help the game grow?

SFV players have had a hell of a ride with a horrible launch and “rip off” pro tour dlc prices, which turned out to be fair. After all the fuss, the game seems to be balancing out and fans are happier. However, some are sitting in ranked mode with nobody to fight – this is because the damage had been done. When people talk about buying SFV, people are quick to point out flaws they remember, even if they have been solved. It may be the same case for KOFXIV.

“It’s dead online” says one person about SFV – But this fan was talking about ranked! Maybe they lived in an area with no fighters, or went online at unsociable times, maybe the system couldn’t find a player that matches their rank, doesn’t matter, it causes a ripple effect: people are quick to believe what they read (Hillary Clinton knows this all too well). And now you hear this voice say the same about ggxrd, and bbcp, and kofxiv…

And there may well be a kind of truth to it. On a Thursday evening in Europe, there’s not exactly dozens of lobbies, and yet if a room is created with the “all region” setting, it fills up quickly.

It makes a big difference when you host a room, while many people just search for one minute and then conclude there isn’t much online activity.  It’s hardly fair, but that’s the way a lot of people are. Players can change this, they just need to host!

As for Ranked mode, it’s a different thing completely. As mentioned before, the casual players will probably stick to a game until they’ve completed story mode, unlocked some stuff, won some trophies, had some fun online, then gone onto something else; something else that keeps them coming back. While it is fun and great game, KOFXIV doesn’t have this specific incentive (yet?) It doesn’t have a season pass, because the fans demanded it and SNK probably decided a 50 character pack would outweigh the level of graphics (and it was a wise decision). This is what they need to implement now, otherwise they are only developing for their core audience (not a bad thing but we’d all like more people to throw money at them).

There is also the fact that the older fans don’t even have time to play or play online. This doesn’t mean the game is dead at all, people need to stop using online activity as a measuring stick, it should just be sales. Many players will be happy with just some costumes. But  is that all that SNK needs to be successful?

Are they going too fast with esports? They are organising a world championship, with still no real info on how it works or which countries can qualify or whatever. They have a lot of work to do. Did the Arcsys Championships make a difference for Xrd? With the amount of money going into Capcom pro tour and a possible burn out of the player base, their success will dictate what others need to follow. If Capcom can turn around a horrible start into a high profile esport, everyone in the fgc is a winner. Or should SNK take the back seat and just focus on conventional sales?

With this graphical update, they seem to be moving in the right direction! With some dlc strategy to keep people playing, and your support, they can succeed! For some of the things players don’t like about kof14, please remember what happened with kof 13, and that it can take time to adapt, but that doesn’t mean everything is acceptable.

Do you have any suggestions for v1.10? Leave them on the feedback page.