The Strongest Family in Fighting Games? 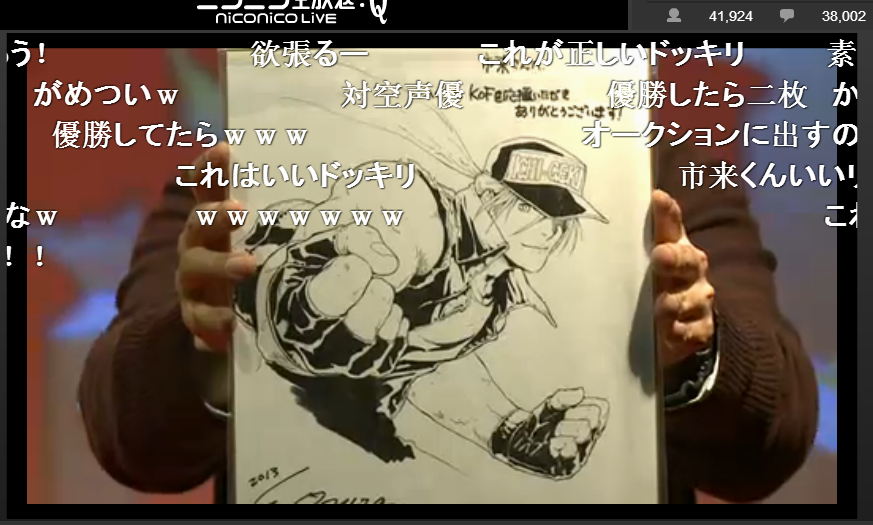 The Strongest Family in Fighting Games?

After all the beatdowns and events let’s have a change of pace.  It’s time for some fanart, cosplay and chat!  Last night we had fun on party mode, now let’s have a discussion about the strongest family in fighting games!

Swats GameBreax had this to say:

“What’s up! I’d like to take a moment to give a shout out to the strongest family alive. What family is that you may ask? None other than Rock Howard’s family! Some might ask why I didn’t just say, “The Howard’s.” Well, that’s because Rock’s family is bigger than that in every way. Here’s a breakdown of the more notable characters in the family:

Geese Howard – Biological father. Once feared as the strongest fighter in Southtown. Definitely had been the most feared crime lord in Southtown. Ambitious and power hungry, there aren’t many who can say they are more raw powerful than Geese.

Kain R. Heinlein – Uncle. Not necessarily considered to be a typical fighter, but his control over purple flame and massive blue energy cannot be denied.

Terry Bogard – Legal guardian. The hero of Southtown. Known for his skill, heart, ferocity and sheer power. He’s simply one of the best. He plays the role of the quintessential hero in much of SNK’s lore. He’s bested many strong fighters from Geese to Krauser and is well respected by the KOF, Fatal Fury and Art of Fighting cast.

Andy Bogard – Uncle-in-law. Head of the Shiranui clan. Known as the Human Weapon. One of the faster and more technically sound fighters in KOF history. Terry has called him his greatest rival for good reason. It’s tough living in your older brother’s shadow, especially when your brother is Terry Bogard. Some might say that if Terry wasn’t around Andy would have a chance to shine, but I think Terry’s constant presence has given Andy a goal to strive for and what has made him as strong as he is today.

Joe Higashi – Uncle by default. Though not related, you can be rest assured that Joe Higashi was around throughout much of Rock’s childhood. He is the reigning champion of Muay Thai and has been for quite some time. It’s not often that you can look at a specific martial art and say “This guy is the best.” Joe is that guy. His strength lies in his natural ability. His forte is any kind of fighting art, but Muay Thai is where his blood pumps. He’s very confident because he actually is extremely good. Fast hands, great priority, massive projectiles and a loud mouth. Yoshaaaa!

Rock Howard – Let’s talk about the man himself. Rock is a natural, maybe even a phenom. He picks up things he sees and experiences very easily. He uses some of the best moves from both Terry Bogard and Geese Howard and puts his own flare to them. He’s very comfortable when fighting, in fact, that’s when he’s most comfortable. Many characters are surprised that he’s at the level he is at such a young age. He also took the lead role in his debut game, a game where a very impressive Terry Bogard was featured. Terry himself has said that if he simply accepts who and what he is, he’d be unbeatable. There are several families in the SNK world but you’d be hard pressed to find one with as many quality fighters. I’d even push this beyond the confines of SNK all the way to CAPCOM and even Namco. I still believe this family takes the title of strongest, maybe in history!”

Food for thought?  Considering the Mishimas and the Sakazakis and … well, what other families really stand out in the fighting game world?  Which is the strongest?  Perhaps financially it might be clear, but in terms of real strength, it may be truly contestable!  Got the answer? Leave a comment!

Don’t forget you can listen to Swat’s track all about Rock Howard here!

Now for some cosplay and fanart!

God bless your sould an GL on your ninja training for cc @XianMSG. pic.twitter.com/A1M0H5aZS4

Also, SNK’s sale is also on!

EU & UK, this is the black Friday deal! #kofxiv pic.twitter.com/WQfWevpPZu

The PSN sale for KOFXIV also applied for the US region too!