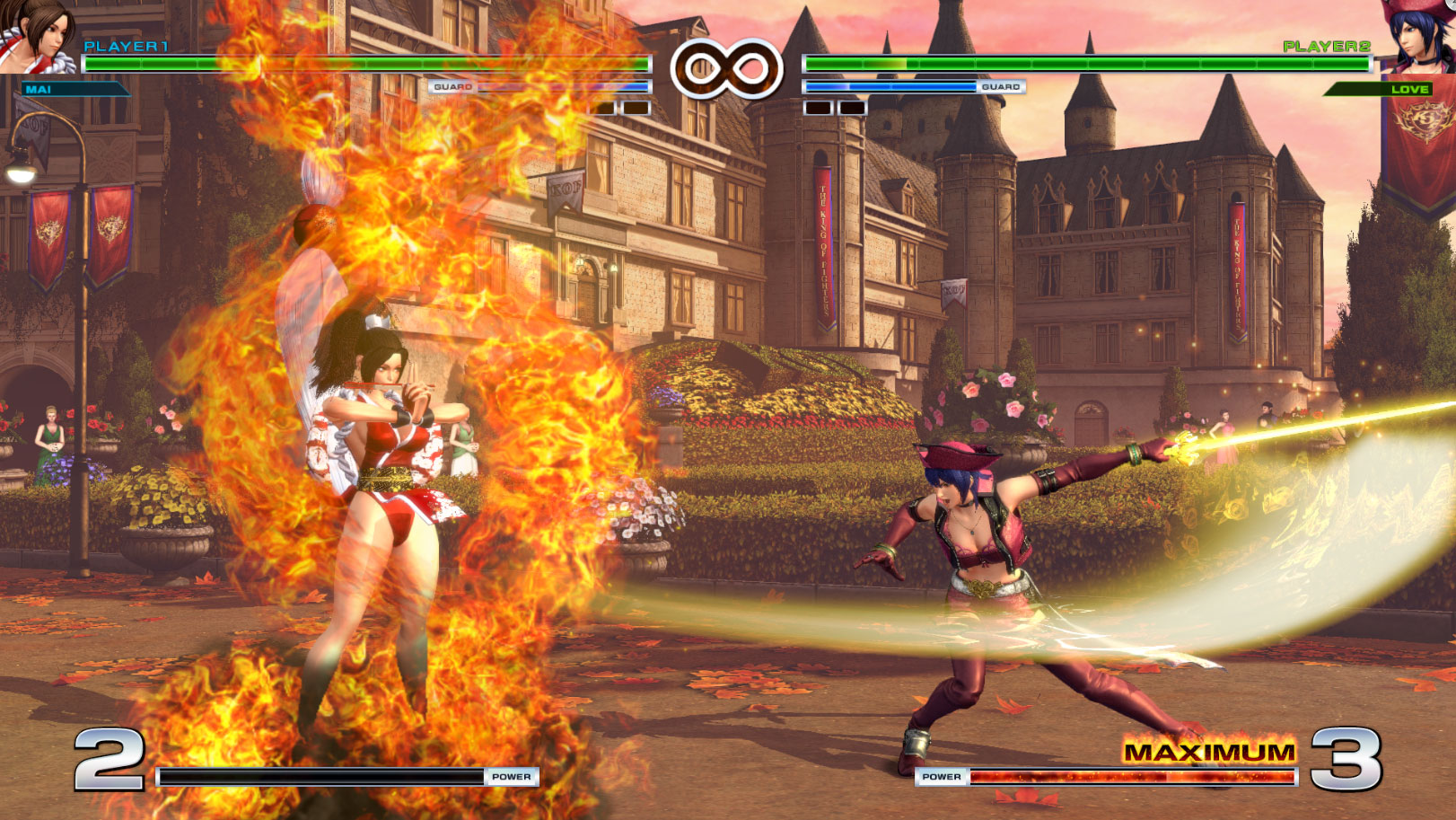 On the Atlus site, Oda himself noticed that there was an image of Love Heart!  She definitely is using her sword, which begs many questions about her gameplay.  Still, with Billy Kane and Nakoruru in place, she surely won’t have much speed with that range…. or will she!

After the response from Oda, here Dune shows that they have indeed listened to feedback with the 36 character build, with Ryo’s damage on the maxmode combo reduced.

Note that Ryo is in first position, so he has less time to combo.  There may be still be significant damage on 3rd.

We can also see Ralf’s climax from mounting super!

Yes, that just sounds all kinds of wrong.

Mui Mui’s dragon changes colour according to her costume

Iori’s follow up to DM is still there, check out the flames, very well animated.  And it seems the damage is reduced with that and the rekkas (below).

Finally, pervs can check out Yuri’s clothes tearing one more time before the ratings commission get involved and censor it

Available from USA and EU !

Get your Shirt ON!