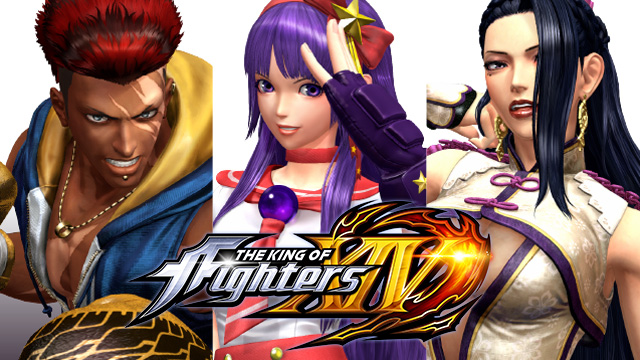 After playing the unfinished 24 character playable build, some players still felt that the jumps and other gameplay elements such as pushback and jumps in combos were a bit strange.

“We have balanced KOF XIV aiming to have the best game system possible, also keeping in mind a robust online experience that all players can enjoy.”

SNK had already heard feedback from the first test at the PlayStation Experience event in December, and had been tweaking things through development.

Producer Oda had responded back then by explaining that the jumps were indeed slower than XIII. He told us:

“Keeping in mind XIV is a different game to XIII,  I believe that all the gameplay criticisms will get better. XIV is really heating up in Japan! Thank you for your support!”

He went on to say:
“We have balanced KOF XIV ensuring to keep the same high level of gameplay and quality as that of KOF XIII, and are looking forward to players’ reactions!”

After the presentation of SNK’s 24 player ver. build in France (Stunfest) and the USA (Combo Breaker), the Japanese players have recently had the chance to play the improved 36 character ver., where the graphics had been polished and the speeds and jumps tweaked depending on the character. Overall, the response has been very positive so far.

It seems the game is close to going gold (passing approval and being ready to publish) meaning any further changes, if necessary, will be implemented in a patch.

Orochinagi will be on hand to collect all feedback and pass it on.