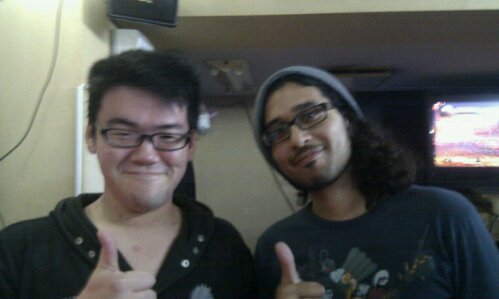 Well, got down to Versus Game Spot at Nishi nippori and the stream had just started, where we pretty much cycled between trying to take out Son son san… And he wouldn’t let me take his photo hehe… bloody hell Mr Karate using that free jump cancel off a blocked sweep… scary.

Today was pretty much Saiki beasting, much like every fighter who lets a fireball off, you cant hop it, and if you jump it, you’re pretty much doomed.  Much like kensou and King, if you can’t predict and jump or roll by the time it’s leaving his fingers, Saiki can run forward and dp or cr. B…

The tier whoring didn’t stop until I left around 9 when we see Kensou and Duo Lon join in, and then Kou kou san used his own Saiki to put the hurt on son son.

I’m still not afraid of Mr. Karate, it’s pretty much a case of not jumping and forcing him to try and rush in with crouching b or jump D, just watch out for the running knees. That being said, it’s pretty bloody hard!  That SDM is just too much!

What I find interesting is watching my opponents fearlessly countering and then when they go up against Iori, they crap themselves lol — but with good reason. Kyo and Iori are top tier because they can mash stand C in so many situations and it’s so fast and high priority, it’s very very likely to win. I also notice a lot of Iori players mashing stand A on a waking opponent, I think this is.. actually I’m not sure why they do that!

There’s quite a few things to re explain about KOF, and it’s so weird how playing with these guys makes it all so clear… Let’s hope my brain doesn’t revert to senility upon leaving Japan on the 15th…

You’re only as good as the people you play.

I feel quite bitter about the scene that has sessions fortnightly or longer, due to everyone having lives, etc,  as it takes many plays to get used to a players strategy and there lies the key to victory: knowing your characters strengths is half the battle, you then need to know your opponent.

As an opponent, I was quite easy to figure out because I love going for the grab…. I stopped doing that far too late and didn’t have a plan ready. For those wanting to get better at KOF, You guys don’t need to watch the stream, you need to STUDY the stream. Why did he jump? Because he felt there was no other choice? Bad move. Did he predict a fireball? Good choice.  Is Shen going to run and grab or run and crouch b? What does this opponent do? Is he feeling like taking a risk now or is he feeling desperate? Guesses like this are match deciders, and if I didn’t drop so many combos, I would have won far more. Lol. 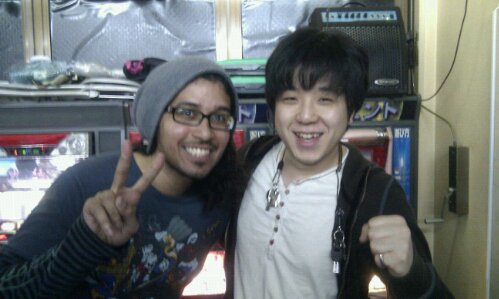 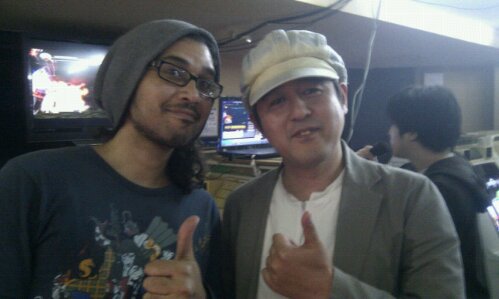 Here are the replays of the stream that night. I’ve put them in reverse order because the serious action happened late at night, where at the start, you can just see me getting booted around by Sonson. They didn’t record my one win of the night! Kusooooooooooooo! Shout outs to those who watched the live stream: chobotiger, Rickyo to name a few, and to the guys I met: Sonson-san, Fumi-san, Uda-san, Hana-san and of course Shoki-san for being kind to this crazy crap gaijin kof lover orz.

http://www.ustream.tv/channel/versus-live21 Subscribe to this channel to catch more action at Versus!

Final report will come from @Nagihey ‘s tournament at Shinjuku Carnival on Friday at 3pm JST. It will be streamed on Nico… but you will need a premium account. Hopefully videos will pop up soon. With my final report.

Edit, looks like the stream was up all day afterwards on ustream, you might want to bookmark this channel: http://ustre.am/HdDf