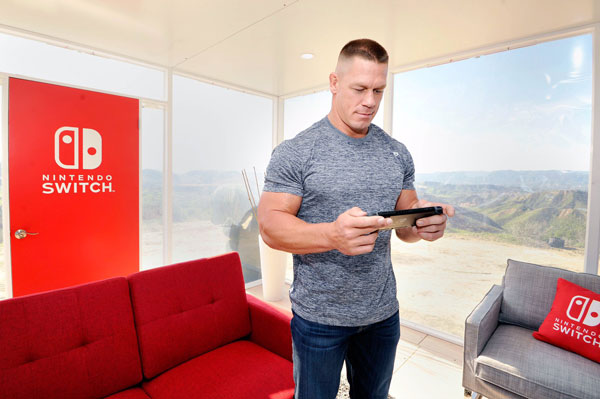 Welp, while many of us do like a bit of wrestling, it’s probably safe to say we don’t like celebrities spreading misinformation. In an interview with Sports Illustrated, John Cena talked about the upcoming Nintendo switch, making a reference to our favourite company as how he got into games, just not in the most informed way…

“I loved Baseball Stars, which is a title by a now obsolete company called SNK. That was my wheelhouse. The thing that attracted me most was you could go as far into the games as you wanted.”

You can read the full article here but that’s the only thing you really need to know.  Cena goes onto to say Switch is the “future of gaming”, which makes you wonder if Nintendo is sponsoring the wrestler or the WWE, or even Sports Illustrated in some way, which isn’t a problem as such, but it doesn’t make John very credible as a modern gamer when after name dropping Metal Gear and a few other classics, it’s clear that he’s unaware of the gaming scene today, where SNK is very much alive and well.

Feel free to tweet him (nicely) here…. but you probably won’t get a response as twitter seems to love trolling him… ah well….

Starting my day with @NintendoAmerica and the new #NintendoSwitch. Who's ready for some #Zelda: Breath of the Wild? #ad pic.twitter.com/UO8piJ2Atf