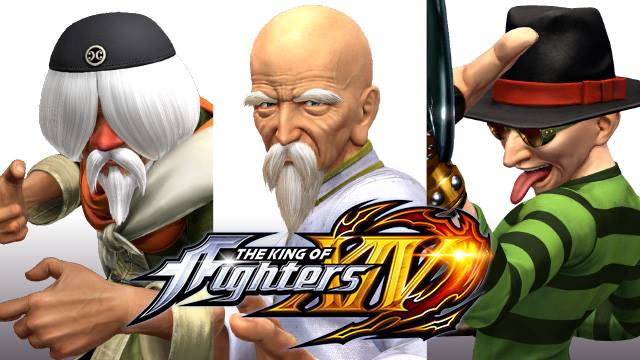 Update: another invitee has been announced! KBR

Patch news plus an update on the World Championships and  new invitees!

Patch for the patch

Yasuyuki Oda announced this morning that the patch to fix the lobby bug and probably to fix those tiny nerfs is finally on its way.

[Regarding KOF XIV Ver. 1.10 issues]
We have finished development on a new patch, which has been submitted and is under review. #KOFXIV

Koucha reported that M’ was one of the finalists for the World Championships. M’ himself has said he is looking forward to competing with everyone, while there was no official qualifier, which possibly means he has an invite.  He then confirmed it. And now Picnic has been revealed as the 2nd Japanese invitee!

Frionel announced officially today that he has an invite.

At the same time, there is now a petition to bring Freezer/White Ash!

Taiwan’s qualifier will be decided this weekend.

Without much official information to go on, it seems that in fact the HK qualifying candidate, Chun, is actually Ajun, as seen in the video of the grand finals versus Bozai, who actually came 2nd, but Bozai went on to also win a qualifier in China afterwards. There’s certainly more to this story!

And then finally, after the WCS, they’ll be a party with Buttonmashers featuring AS.Reynald!

Update: Kane Blue River has been announced as the next invitee!  Anddddd the uproar begins. However, many have forgotten that a) KBR was known as a KOF player before Marvel. And recently he’s been streaming and helping organise the KOF14 community in Chile. Ahhh, if only Misterio hadn’t left KOF behind and focused on sf5! What a world championship this would have been!

I'm forever indebted to SNK for this opportunity of a lifetime to fight in a new battlefield. I'll show Antonov he made the right decision. pic.twitter.com/vQna8FaikD

So what do we think of the process? M’ is clearly a respectable choice as he has won so many tournaments. Frionel is the 3rd best in Morocco but he did win the French Deep Silver tournament, which wasn’t a qualifier… but apart from that he’s done so much for the community.  Picnic is a top player and came 2nd in a tournament to M’, so that’s fine.  If Frionel is here then where is Dune?  Some of these choices may seem strange, but it has to be said, whoever they invite, there are going be arguments. It could have been worse, trust me.  The WCS Page has been updated to reflect new changes.

So, who should get the last spot?

We are glad to announce that our The King of Fighter XIV tournament is supported by SNK! #CWC2017 pic.twitter.com/Wt7Cmz5tPV