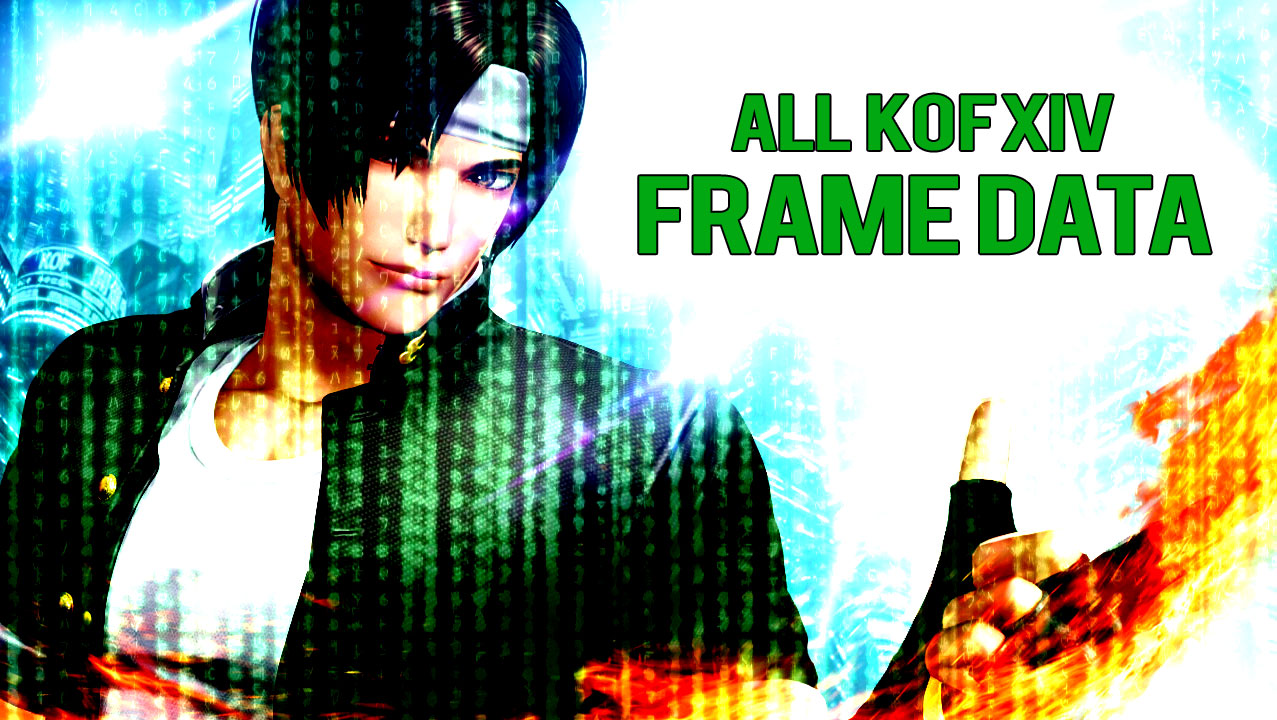 All the Frame data for KOF14 has been added to our guide pages.  At least for “on hit” and “on block”. These guides are still incomplete and some of the Frame data is being translated as we speak, but it’s there and for the un translated pages, it’s quite easy to read, at least for the normal moves: it’s in this order: close, far, crouching and jump.

The app will be updated after, but some people have reported that using the website is easier. Should we abandon the app? Let us know!

Get to the guide now!

Revolution is this weekend, and after preliminary brackets were revealed, concerns were expressed. Even though some bystanders couldn’t understand what ‘they were reading’, or could only laugh at the suggestion, others shared their opinions and community led common sense prevailed – let the trolls laugh, but together, you won’t let them win.

And if you know the players (unlike some fgc pretenders), you can see it’s going to get fierce:

In pool A we have Zentetsu from the UAE aka Arcade Cafe Albanna, who has visited the US and France, training with Xiaohai, winning. We also have the Wauhti from Finland, who supplied many frame traps and tech for many characters, will his knowledge help in battlefield? He’s already placed high in local tournaments, but will this mean anything in this international showdown? While Wauhti may be using highly technical characters such as Angel, Mr E, who hit top 3 in all the kof tournaments he entered so far will be bringing the K’ pain and showing you the simplest and easiest ways to win.

In pool 2 we have TSS Paladin, a clear favorite, with Grimulus, whose love for Clark and Vice may be the end of him, especially offline. The other guys, I’m not so sure, could be a dark horse in there!

In pool 3, it seems quiet with Xrd finalist Martin (aka PBF) from Sweden, probably maining Kim and Athena and then we have TSS.ON.Atma, who doesn’t even really want to be there as the KOFXIV tracking still isn’t up to scratch, for one thing, so perhaps his game will be off and we’ll see a different winner?  Crunch King is cool but I don’t know the other players to say they have a chance of breaking through.

In Pool D is where you’ll find serious business: ON.MichelS and CVE.Supa, so we’ll probably have that rivalry done with before we hit top 8. I say probably, because we also have ON.DragonlordZ, 3 time Stunfest BlazBlue Champ, on his first tournament showing in KOF. Will it be a case of too many games and lack of focus, or will he pull a Xiaohai? He certainly has the reaction speed but there are 50 characters and not a lot of match up experience, at least as far as I know. Someone who does have experience with both games is Dracula, visiting from Germany and having trained with ON.Kendeep. And then, you have David of the Sands from Scotland! Last but not least, Eionblood gave me quite some trouble with his Leona. This pool is just sick! I would have spread these players out a bit more but they are seeding by country.  I hope we can get as much of this pool streamed or at least captured, as possible.

KOF will start at 12pm on SUNDAY UK time.

Stream should be on Nthgenmedia – DON’T MISS IT

THE KING OF KOFFEE

Finally in Japan we have a KOF theme menu, during the button mashers KOF FESTIVAL event on Nov 20.