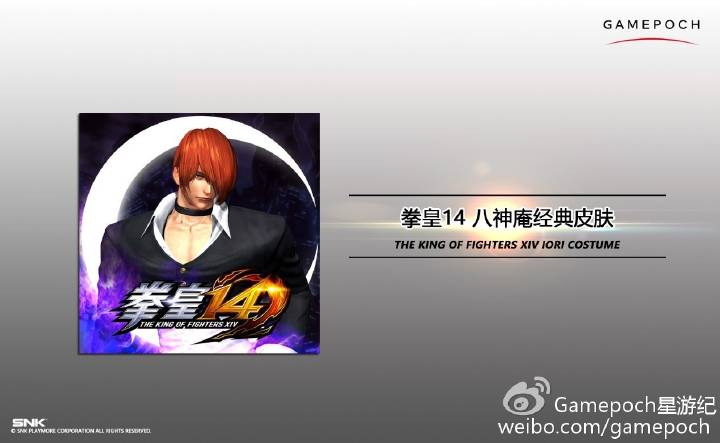 This has been floating around but now we have a slightly clearer picture of the packaging at least.

Unless it’s a huge translation error,  Gamepoch are shortly releasing a premium edition of KOF XIV in China, even though the game has been out for ages already.

To tempt players to purchase the game, it will contain the soundtrack CD, the artwork book, an invitation letter written by Oda, plus the classic Iori costume DLC.

Earlier we reported that the themes dlc were free to download, but in fact this was only in Hong Kong.  Other themes popped up in different territories, and the Geese skin is still not available in every store, which means that SNK are using these dlc as marketing tools, to attract more players to the game.

The big question is when will the Iori dlc be available, along with all the others? Is there more coming?  Would you be interested in Classic Terry?  How about mi2 alternate Mai? Let’s make a new poll…. Throw us your costume suggestions!!!