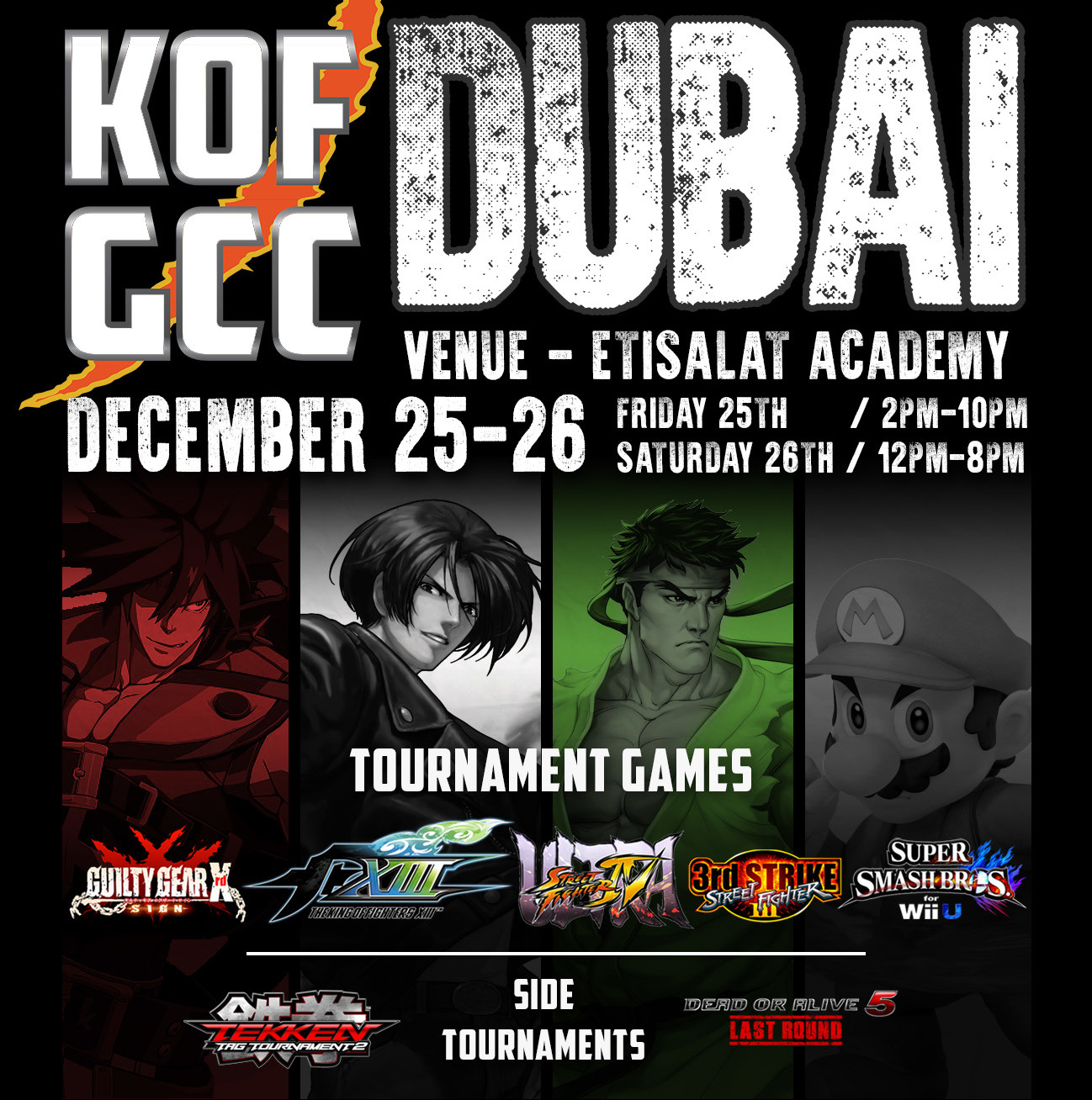 KOF GCC Tournament where KOF Players & FGC from all the six countries of GCC region compete with each others and with international players is back again in it’s biggest edition. The tournament is scheduled on 25th & 26th of December at the city of Dubai.

This edition will feature some of the Top players  like ON| Misterio, CafeID MadKOF along with GCC top players and previous KOF GCC champions Busterwolf & AC| DarkFellow.
your beloved Orochinagi.com will be represented by  Freezer, Emperor Cow,  Yamazaky96 &  Misterio

Ultra Street Fighter IV and Street Fighter: 3rd Strike will join the KOF GCC competitions while The King Of Fighters XIII, Guilty Gear Xrd and Super Smash Brothers WII U returning for Dubai Edition.
There will also be Side tournaments for Dead Or Alive: Last Round and Tekken Tag Tournament 2 organized by thier communities in the region

you can find all the details at KOF GCC site