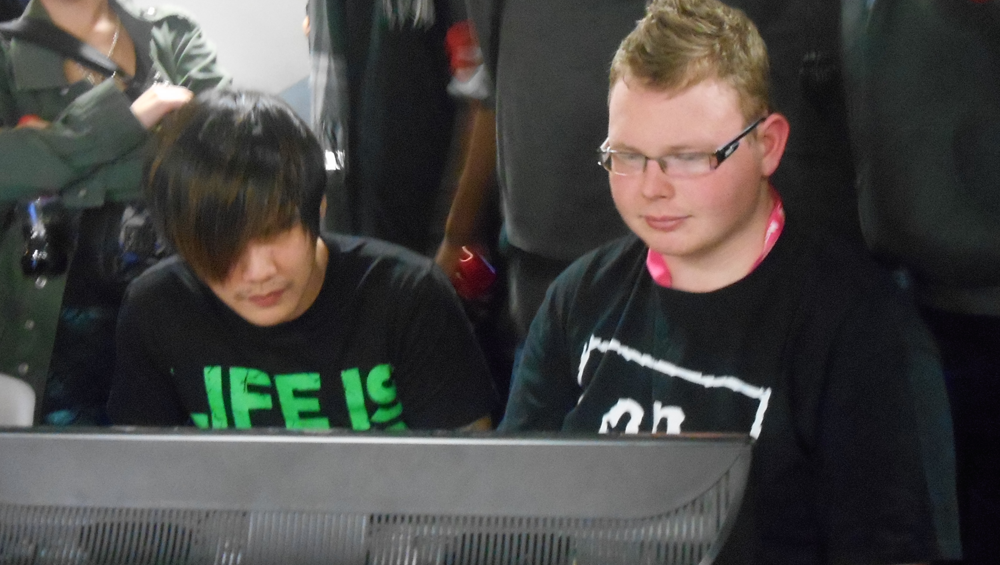 Well, now that the fundraisers are complete, it’s back to business as usual: Interviews and boobs

Here are some interviews that can finally be released! 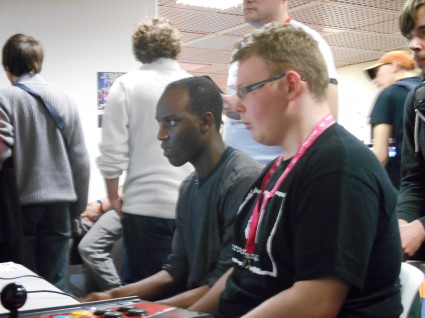 It’s been a while since IVGC, how do you feel? What has stuck in your mind from the event?

The thing that’s stayed with me now was how varied everything was! Not only was every FG under the sun being played, there was players from countries that I’d never thought I would play in person. I was definitely in my element there!

I noticed you spent a LOT of time on a game that wasn’t even in the tournament – sf ultra. What do you think if it so far?

I really liked it! I just wanted to try the real thing instead of the mod to confirm some theories, and I figured I’d have a bash before it comes along in Hypespotting 3 this month. I do admit I went to town on it, just I was just making the best use of my time I suppose! On the whole I think the game is going in a direction unlike what it used to be, which is a good thing in my opinion.

What have they done to your beloved old man? Is he worse?

Gen has been changed a bit considerably, in how he gets the advantage in a match at least, but really he’s just as good as he is right now. His Crane stance has been fleshed out with its own practical bnbs and whatnot, something I definately wanted to see. Very weird to have better scissor pressure than Super Bison in the corner though.

Who looks to be strongest out of the new characters?

Poison. She is like the queen of footsies, her cr.mk is ridculously good as a poke into her long-ass ranged rekka, variable fireballs, decent anticrossup dp and and overhead I pretty sure could be linked into a normal. I couldn’t really see any outstanding weaknesses and I have no doubt she’ll be apopular choice.

Let’s just see if that helps her against Decapre!

Will you be switching to any?

I don’t know if I could make that big a switch at the moment, but I certainly would like to keep Poison by as a secondary.I played Rolento in my short Strekken career, so he would also be a good choice.

What new features did you see (e.g. delayed wake up) and how did they affect your game?

I saw and made use of both delayed wakeup and red focus. While the delayed wakeup forced me to think on my feet in case my next setup might not work, I found it strangley obvious when a person would go for it. Whether it be the sound of their buttons activating it, or just the scent of desperation, I could not say. I would think it more of an anti-vortex measure, but I think it will have better use online where you can’t see your opponent.

Red focus was interesting because I had to be prudent in using it. I could not justify throwing it out as a warning and waste two bars for my trouble, plus people were already reacting by jumping away or throwing. It was best used in against pokes that canceled into multi-hit non-armour breaking specials, which is expected. I punished a Bison who cr.mp cancelled into scissors, for example, which could lower the threat of his anti focus game.

Is there anything you would like to see reworked or tuned further?

Just to keep working on the new stages really, they still looked a bit off but I’m told this is in the works already. I just hope they treat it more like like a new game menu wise rather than just another expansion pack, then I’d be satisfied. 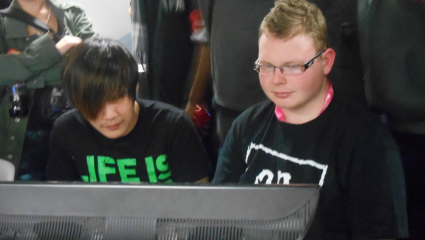 At the actual tournament what did you think of the level? There was Xian, Dieminion, Problem X, Im still the daddy, Ryan, Frionel, Salim and Bala – did you see any new tech to take home or at this point would you say there is nothing new to learn?

In my opinion there is always something new to learn from another player as no two players really play the same, or have the same reasoning. To that effect, I saw some very interesting setups and approaches when I played Xian. It was different from spectating the matches as I could actually experience what he tricked me into doing, and then I could understand how it worked much easier than from just watching it.

I bumped into Andreas, who was looking forward to your money match at hypespotting and would have liked to get it on there and then. Did you see him?

Reallyyy? Well I can’t say I remember bumping into him, a rather non-descript fellow isn’t he? Probably best we didnt meet in person until Hypespotting 3, it would probably make us more hungrier for our match!

Thanks to Metallic Mike for the photos!

Check out how VS ON Big Fool did during the Team Battle at Cannes right here!

Next on the map for BigFool is of course HYPESPOTTING 3. This weekend. Don’t miss it!!!

Why did you go to Ivgc?

After my performance last year with a 0-2 straight out, and being the guy to qualify from the UK tournament I felt I had let everyone down. I came to IVGC to not only improve on my skills and experience in oversea tournaments, but to also prove that I can perform well.

Yeah definitely, everyone was on their A game I feel from Friday to Sunday. Very strong opponents with a mix of play styles, I learnt a lot abroad and hope to apply my knowledge back home to improve. I didn’t expect to see a sea of Athena’s however!

What do you still remember?

I remember just scraping a win against Tahar, getting bodied at chess from Roatse, the Orochinagi Belt Tournament which was really fun, meeting loads of cool guys like Bubblan, Martin, Shaman to name a few.

The best thing was probably beating Tahar for me, although it was an incredibly close win on my part so I don’t feel satisfied with my performance, meeting loads of players from different countries was really cool made me feel at home.

The worst thing was during my tournament losing to my first opponent bought back horrible memories from last year haha, the worst thing was probably forgetting how long of a walk it is to the hotel from the venue, the people who I stayed with didn’t let that go and I have a feeling that there is more to come!

After the KOF 5v5 the KOF setups just got taken over, one moment it was there the other there wasn’t a setup in sight. Hopefully next time there is more setups as I couldn’t play until we got back to the hotel.

Well this was my second time going so I definitely recommend going, competition is fierce, Cannes is beautiful and the players are really cool. I really want to go next year as well, hopefully by that time XRD is out would love to go and play it against the best Europe has to offer.

You may remember that anime fighter Vanguard Princess on PC, well did you know it made its way onto Steam?
It’s actually now part of a bundle on indiegala, for a minimum of $2.98!!!!! That’s FIVE games for $3!!!! 1 week only!!! Grab em now!!!

SNKPLAYMORE are giving away Beta Keys, Steam Codes and more! To find out when, follow them @SNKPOFFICIAL