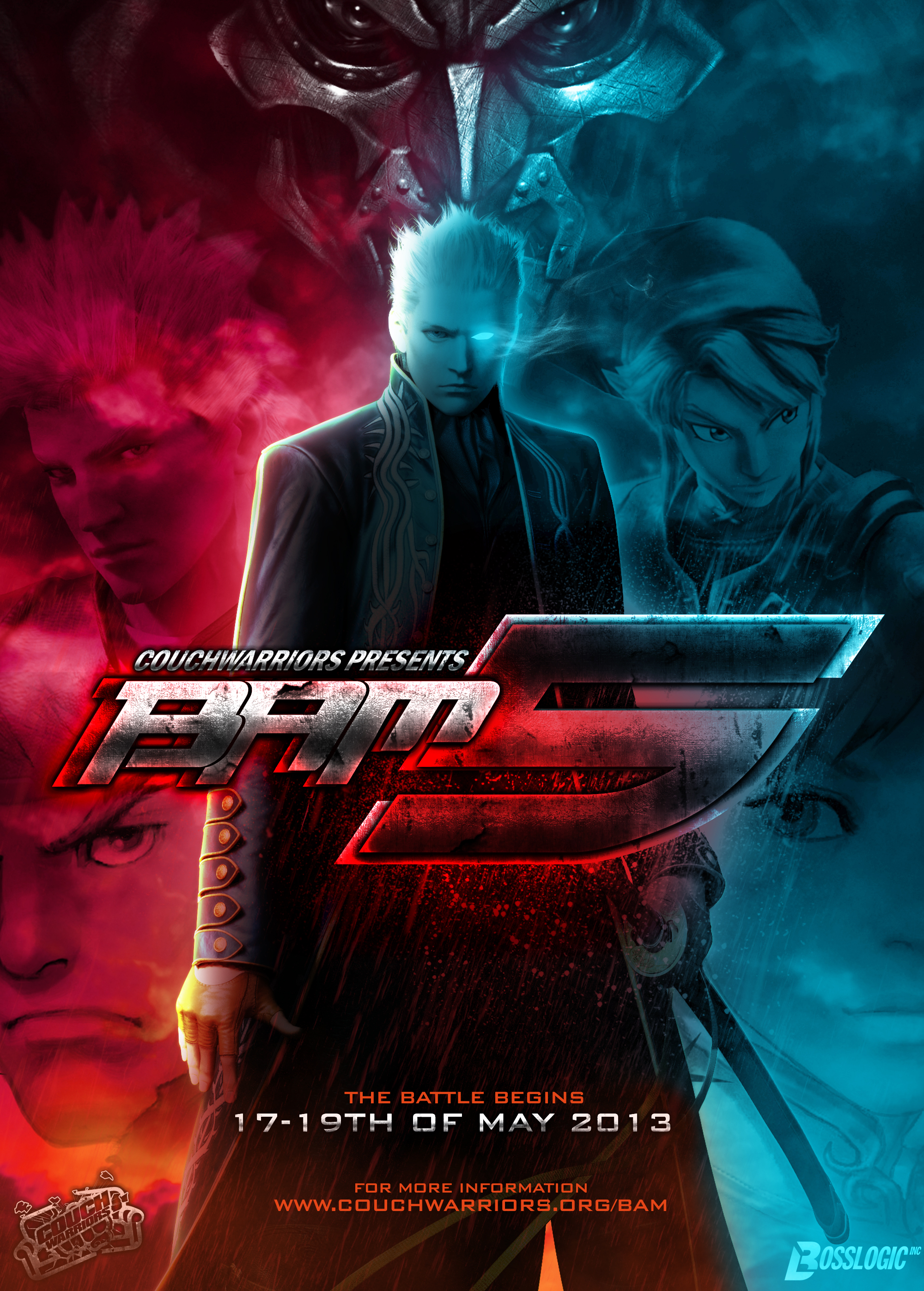 Battle Arena Melbourne returns with its Fifth anniversary event – BAM5 during the 17th-19th of May weekend!

One of the longest running national tournaments that attracts fighting game players from across Australia, continuing a tradition that CouchWarriors began with monthly events since 2006. BAM is set to feature approx 300 players, a huge event in the Australian FGC calendar.

King of Fighters XIII is a featured event!

LIVE STREAM As part of the Melbourne community we have an equipment and live streaming partnership with www.twitch.tv/ShadowlooHQ

INJUSTICE: Gods Among Us prequel comic writer TOM TAYLOR will be in attendance signing comics and games, and there will be comic giveaways thanks to All Star Comics

Music performance: In partnership with Sound Bytes, Chiptunes musician Pselodux will open BAM5 Friday night entertainment with a blistering spacerock set, bringing together the chiptunes and competitive gaming scenes in a festival of gaming

The event has the largest lineup of titles reflecting the strong emphasis on inclusivity and community growth that is CouchWarriors hallmark, with Casual play well accommodated.

NewGamePlus.TV will be on hand for player interviews and coverage

Major Sponsors and Prizes – visit the site for announcements and details.