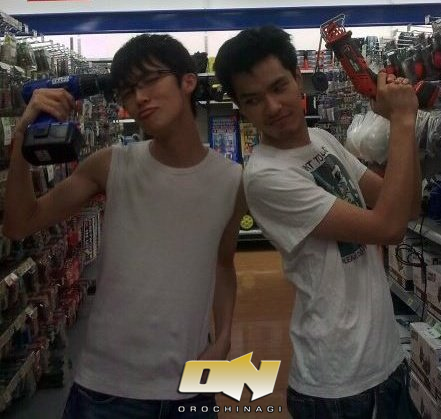 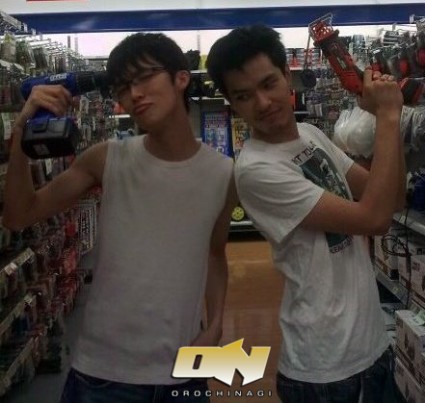 AKA Tanned Titties for the old school members on this board.

Anyways, I was able to attend Brisbane’s 1st major tournament called “Buttonsmash”, where Colonov won KoF XIII. Lots have changed since I last saw him at Shadowloo Showdown and I was surprised of how much he has leveled up. After the tournament, I was able to have a quick chat and get some questions answered.

DC: Congrats on winning Brisbanes first major, Buttonsmash. How does it feel to finally win a KoF tournament?

Colonov: Thanks! Yeah, I won’t lie, it’s not a bad feeling at all. It also reflects on all the work I’ve put in coming up to the event which actually paid off! There were a few interstate players that came to Buttonsmash for KOF, so I’m grateful to them for making the trip up here, which certainly made the tournament more entertaining for those watching.

DC: Coming back from SS earlier in the year and witnessing firsthand quality players like Tokido, Dakou and Xiaohai play, did you learn anything from that experience?

Colonov: Oh, definitely, not just about how they played the game, but regarding how they thought about and approached the game as well. It was a very refreshing experience seeing well-renowned international players going head to head. Because KoF is such a versatile game, there is no “right way” to play, and I definitely noticed this at SS. From JWong’s more conservative style to Tokido and Poongko’s aggressive, in-your-face type of play. It was also great to get a first-hand glimpse of the Chinese players Xiaohai, Dakou and Ashe, as this was one of the first western tournaments they had attended, and see their take on the game which, while not unsurprisingly, was impressive to say the least. 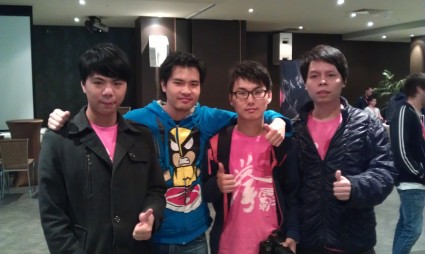 DC: I see you grew your local scene and there are more Brisbane players playing KoF now then a few months back. How did you accomplish this?

Colonov: Well, we started small. It was literally myself and one other player (Qmar) in the scene at one time, but then this other player moved away from my city, it was then all up to me (lol)!
Up here in Brisbane we have a predominantly UMvC3 player base, and a few of them actually showed interest in playing KoF XIII. So when I went to casual meets, I brought the game with me and invited anyone who wanted to learn to try the game. Gradually, our player base went from one, to five, and I’d say we have at least ten players in my local scene today, possibly more. In the wise words of a Pantene commercial once aired, “It won’t happen overnight, but it will happen.” (Youtube/Google it for all those who want to know what I’m talking about =P)

DC: I also see that you have dabbled into pretty much the whole roster. What made you do want to play all the other characters?

Colonov: Essentially, for me to teach others how to play the game, I had to learn more about the game myself. Playing multiple characters meant that not only would I learn about that character and more about the matchup, but it also meant I could convey the information to the newer players in the scene and how the character worked in the game’s system. It’s a win-win situation where not only does your scene get better, but you personally get better as well.

Colonov: We normally hold one once every two to three weeks on the weekend. People tend to arrive and play for up to twelve hours (with breaks in the middle, of course!). Once again, as many of the KoF players in my scene being predominantly Marvel players, we have multiple setups (up to 5) with a mix of both games. We sometimes hold casual first-to-whatever sets and on the rare occasion, even stream these matches too.

DC: Gunsmith would love your Clark play!! How come you make him look so good?!

Colonov: Hah! Well, Clark is the character you’d love to hate in this game. He’s mostly about getting good reads on your opponent, and a vortex which usually starts from a single SAB. The thing is, he has options within options which on hit usually end up in a knockdown or put the opponent in a position to be mixed-up. And of course his jump CD. How can we forget about jump CD?

DC: You didn’t do 10x Gatling Punches, I was disappoint…..

Colonov: I know! You can actually do 11 or 12 in a HD combo, but still, I didn’t get a chance to land it. With Clark on point, most of my HD bar went to drive cancelling a gatling attack into itself, which meant I could only get about 5 or so.

DC: Back on the tournament, was there any standout players that troubled you towards your victory?

Colonov: I’d say that hardest set I played in the tournament would be against my training partner, Gourami1/Kasou. Since we play each other multiple times a week, we’re used to a lot of our nuances and he actually had me sweating for a bit. Otherwise, there were a few interstate players that placed quite high such as Burnout and PyroZeroX. I didn’t personally get to play Burnout in tournament, and as he was the person that I was yet to play that stood out to me most in the tournament, we had a casual post-tournament set.

DC: What are your future plans for KoF and tournaments?

Colonov: I will be going to BAM in Melbourne in about a week’s time, so looking forward to being part of the hype that Melbourne always delivers. As for KOF, well, after Buttonsmash I met a few people in my scene that I never knew existed, all eager to improve their game, so I will definitely be playing them in the near future. As for the international scene, it can only get bigger. With the hypest top 8 at EVO, there is no doubt in my mind that the community will grow and keep growing. On a personal note, I do hope I will be able to travel in the future for a few international events, so here’s hoping you’ll see me there.

Colonov: Shoutouts to the Lansmash team including JB, MasterCyl and Slapper Joe for organising Buttonsmash. For those in Australia wanting to know more about the local scene, you can check out www.ozhadou.net for the lowdown.

Thanks for your time.