This guide is for those aiming at picking up Vice for the first time. It will cover basic essential elements of the character, in a bid to take the majority of guess work away from her otherwise ambiguous neutral game. Strategies have been simplified, for better understanding.

Vice is easily the most unique grappler in the KOF series. Not only is she a grappler, that doesn’t require you to be close 100% of the time, but Vice also excels in mid-range combat! She has the speed to close gaps quickly for convenient punishes and her mix up game is right up there with the best characters! Vice’s damage output is phenomenal, and her different combo string options are varied, and oppressive enough, to make your opponent’s head spin. She is best played in either mid, or anchor position, as she is at her most damaging when in possession of meter.

As Vice’s normals are great for keeping your opponent out, or keeping them pinned down, you have the option to play her either as defensively, or offensively as you wish. The idea is to not only make your opponent afraid to press buttons, but to also feel the need to keep moving in order to avoid any potential grabs. You’ll find that simply moving Vice around the screen, in an erratic fashion, will produce a similar response in your opponent. Mind tricks at their best!

Utilising her superior speed, and mobility, are important as that alone makes up a huge part of her game. It can be hard for a person to react to Vice’s intentions if they can’t figure out how or when she’s going to attack. However, maintaining your spacing is also very important. This will be hard to implement, at first, but as you get used to the range of her various tools, it will become second nature quickly.

Playing defensively, Vice does well hanging out just within range of her sleeve (Deicide – Half Circle Forward, B or D) where she can react quickly to jump ins with either her Down C, or Standing D. Down C offers just a tad more priority, as an anti-air, but is slightly slower. 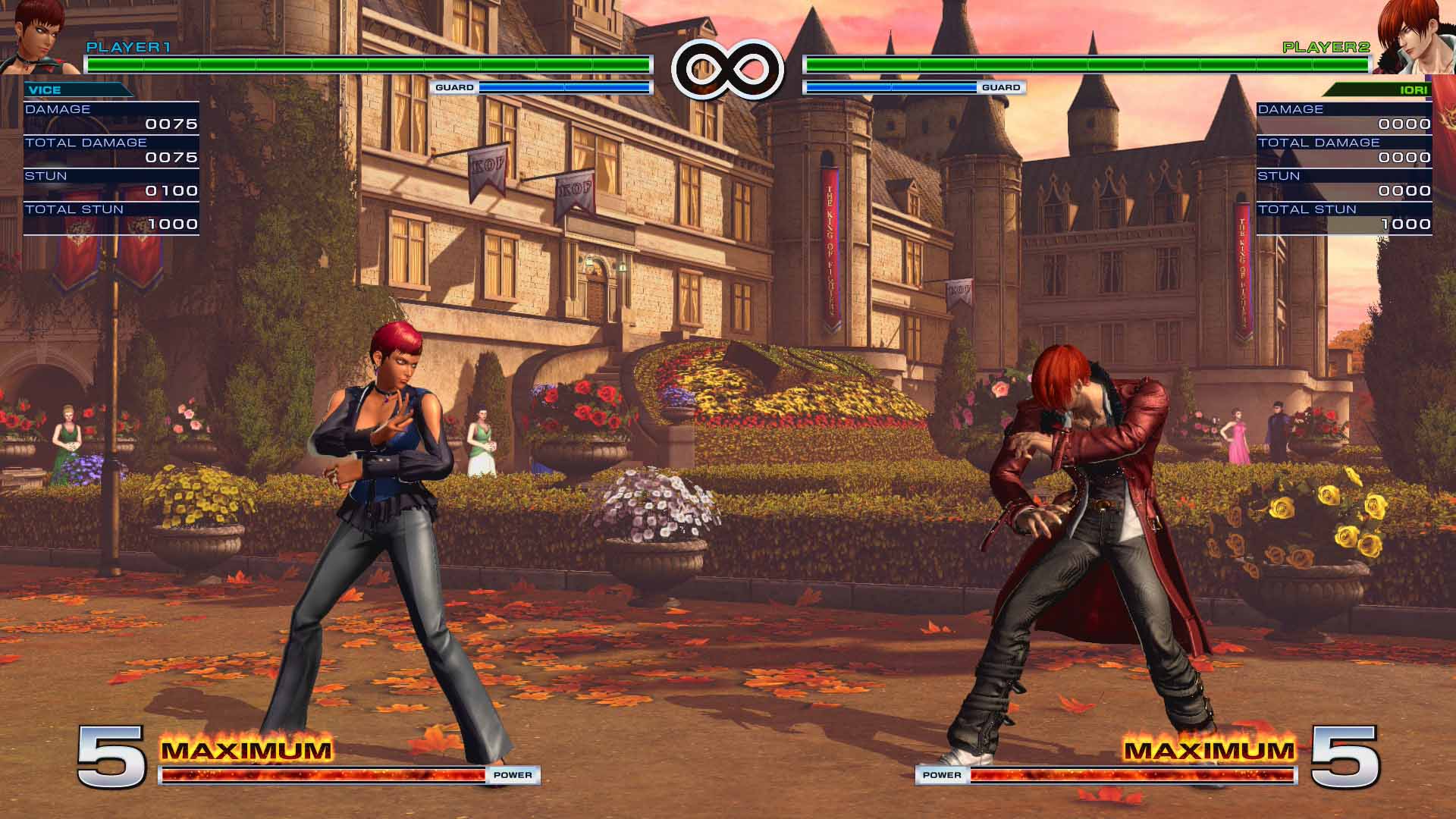 Chilling at this distance is cool, when in defensive play.

Both of these are angled to stop air pressure from the front, but aren’t ideal when an opponent is on top of you, which is why I suggest trying to keep the buffer range of her Deicide move. Both of those normals can easily be cancelled in to Max Mode where EX Deicide, with its catch anywhere properties, can bring your enemies closer for big combo damage before they hit the floor. Her air to airs are also good, underappreciated, defensive options with neutral Jump C, or D, providing a wall of defensive opportunities. Jump C, because the hit box covers these areas (??) is great for stopping offensive slides and close air and ground pressure. Jump D covers these areas (??) and is great for air challenges, especially if your opponent is above you, but not so great for grounded defence.

Playing offensively is where Vice shines in all of her sadistic glory! Her attack options expand her playstyle by a huge amount, making her very well rounded. Here are some of her basic strategies: 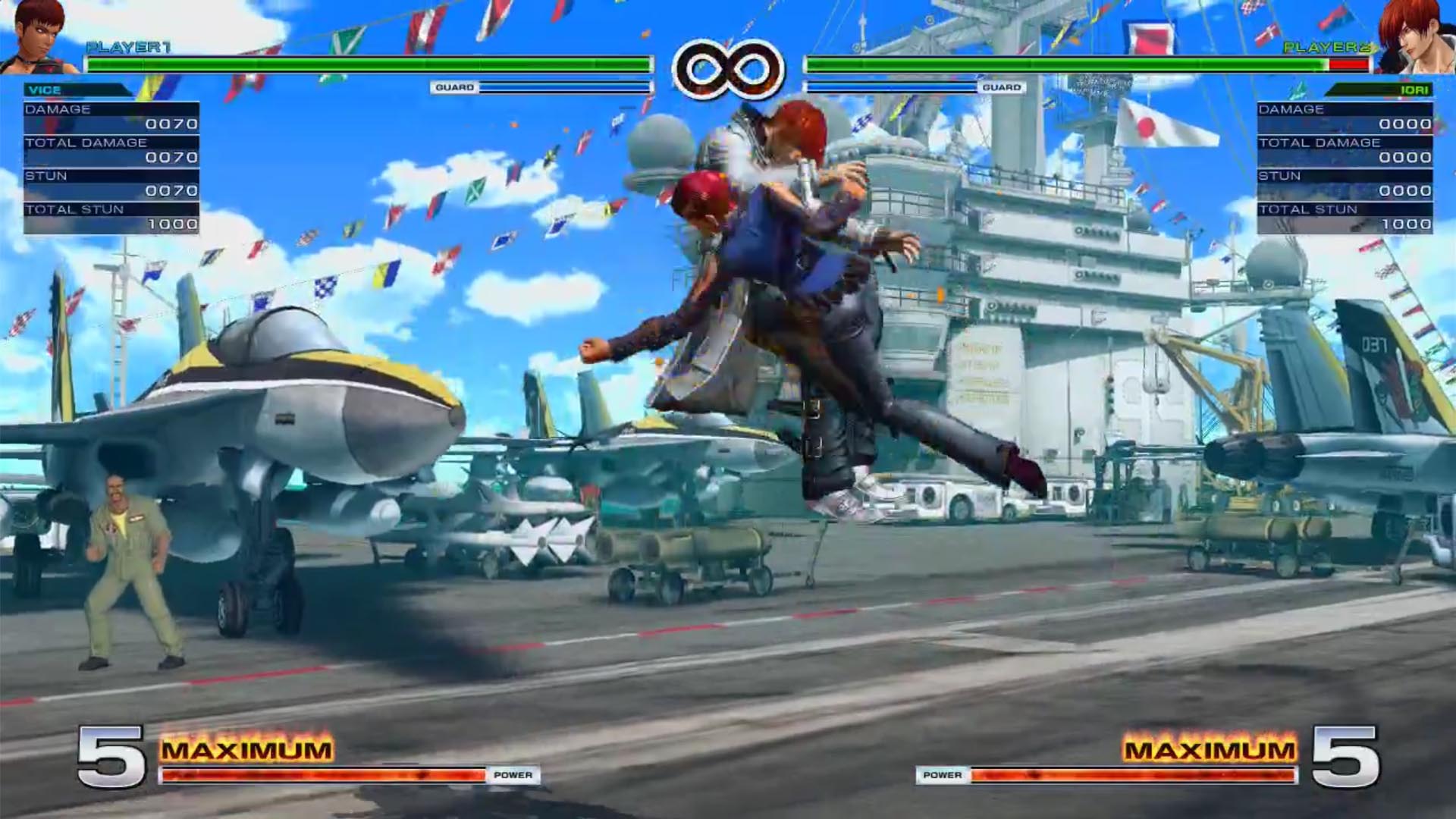 Challenge met in the air 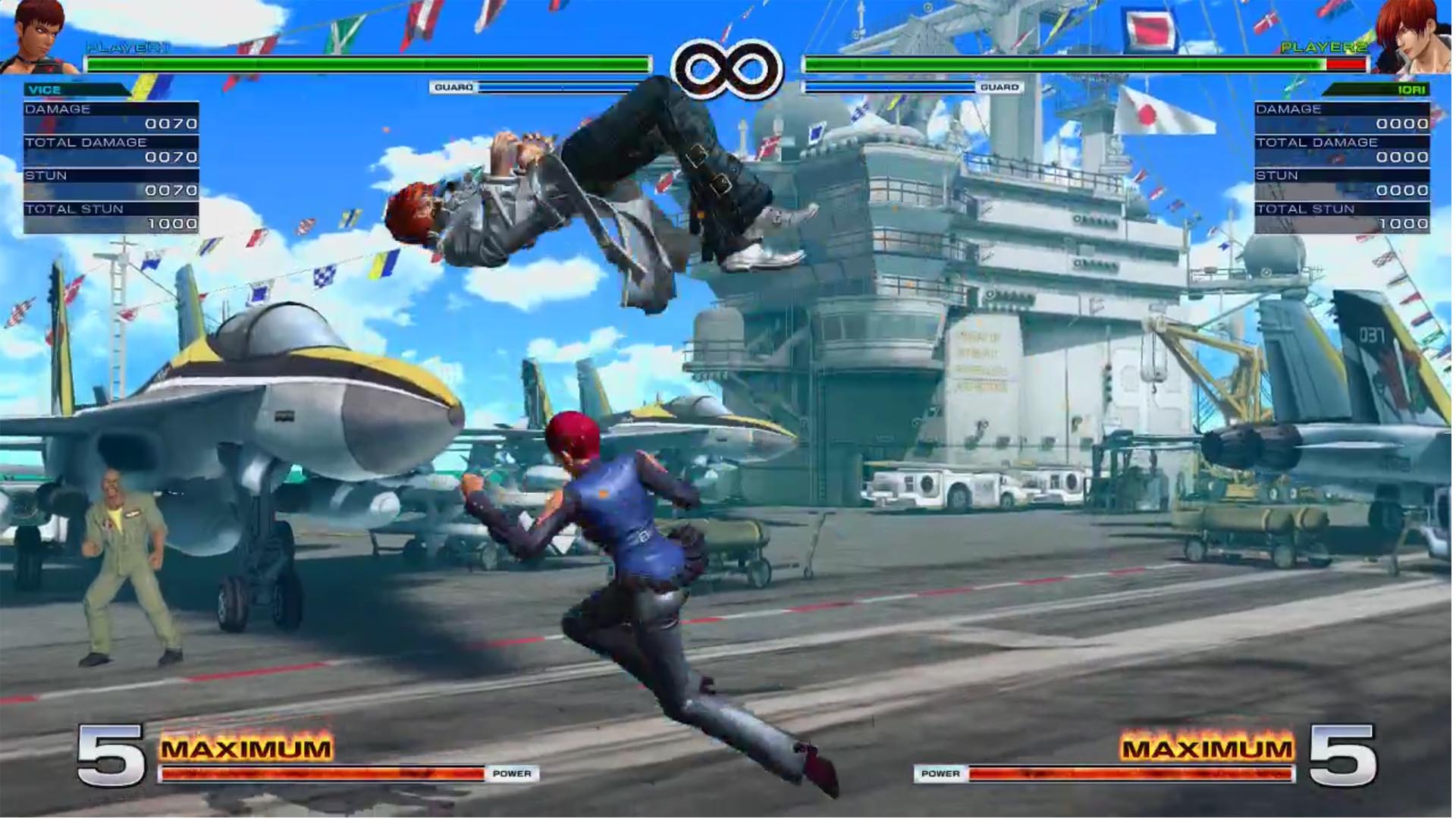 You descend, while they’re still recovering 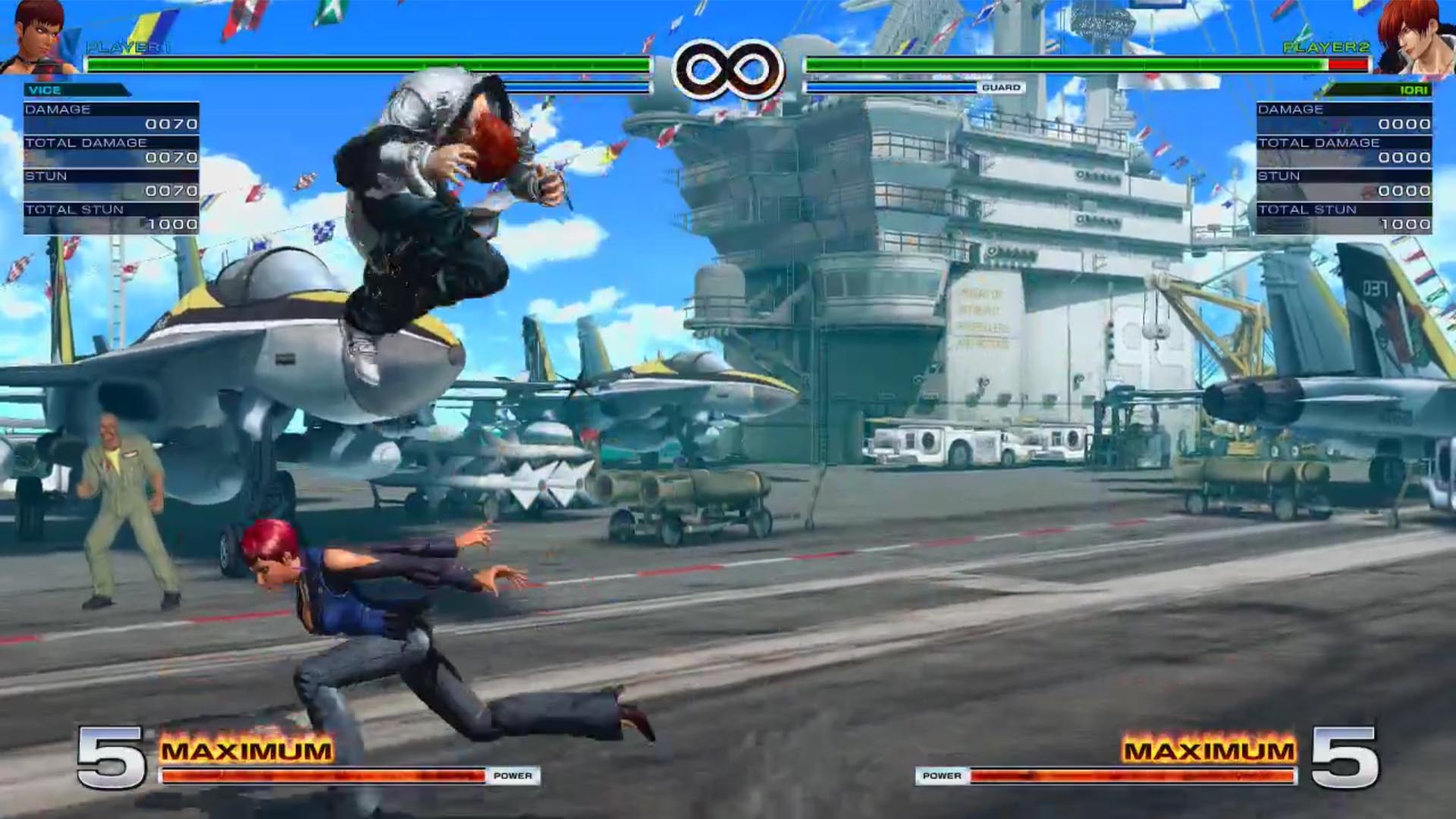 Run under when you touch the ground 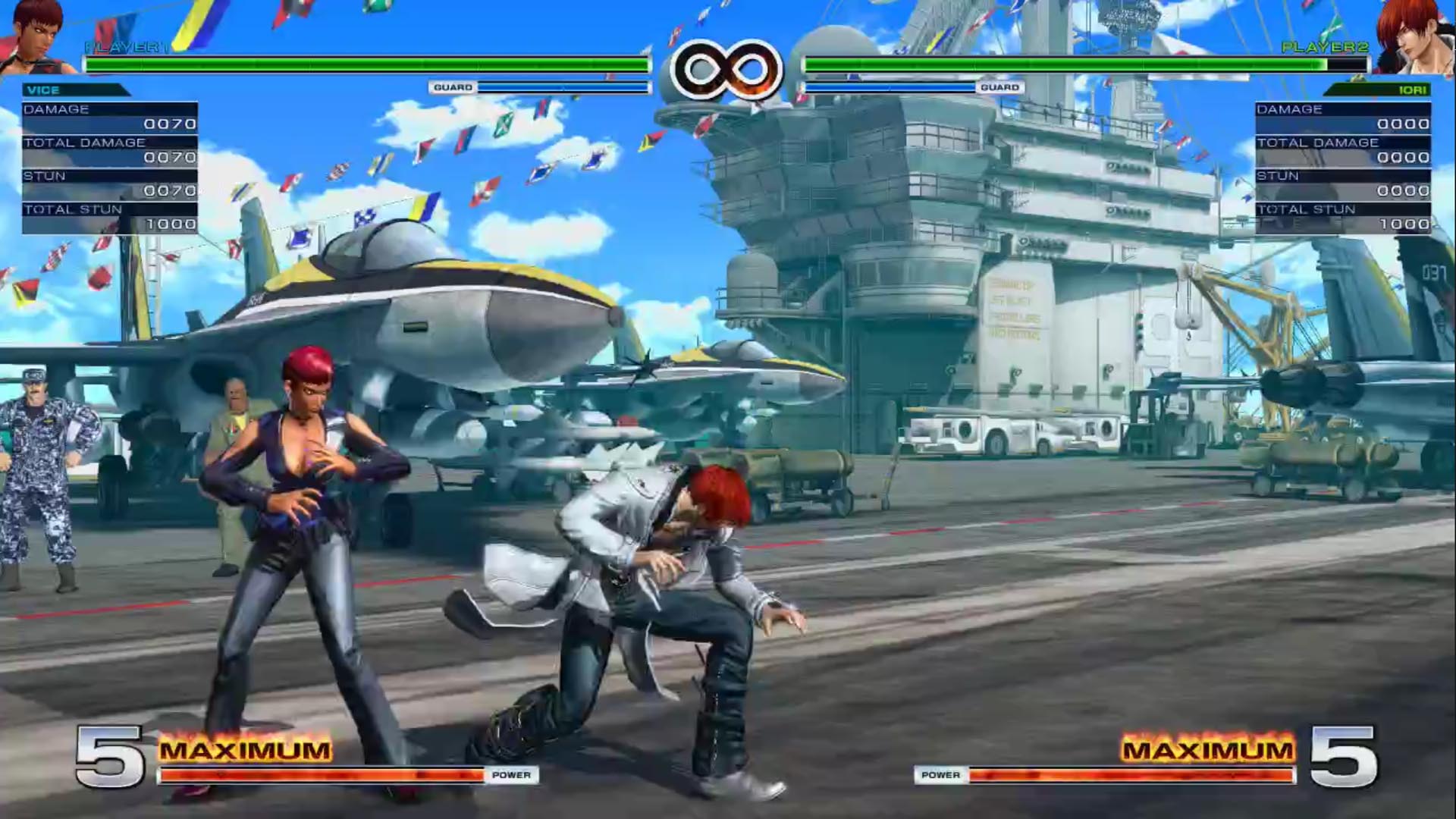 You’re ready to attack before they can react! 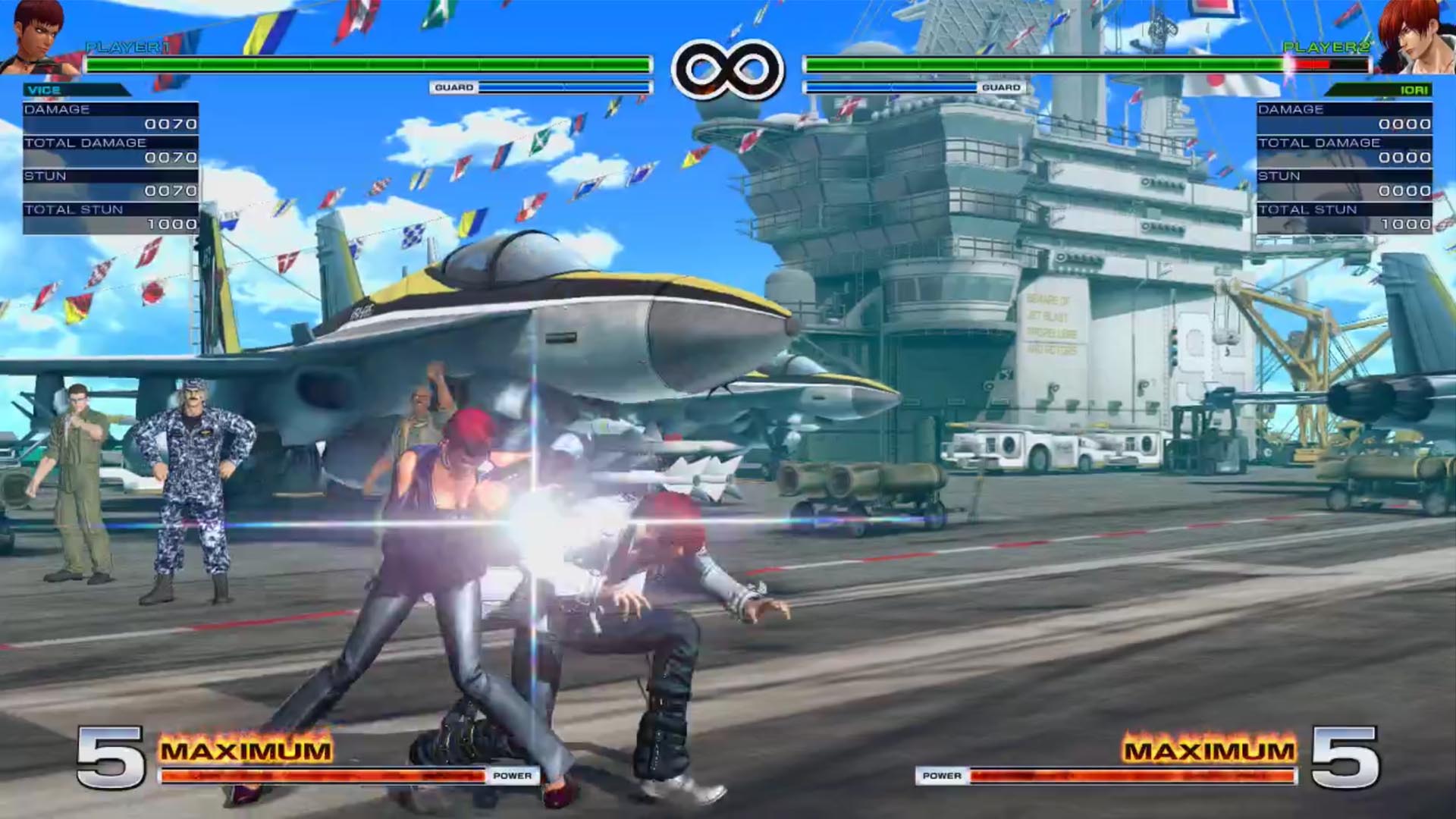 Mix up option 1, from Cross Under: Stand C in to combo 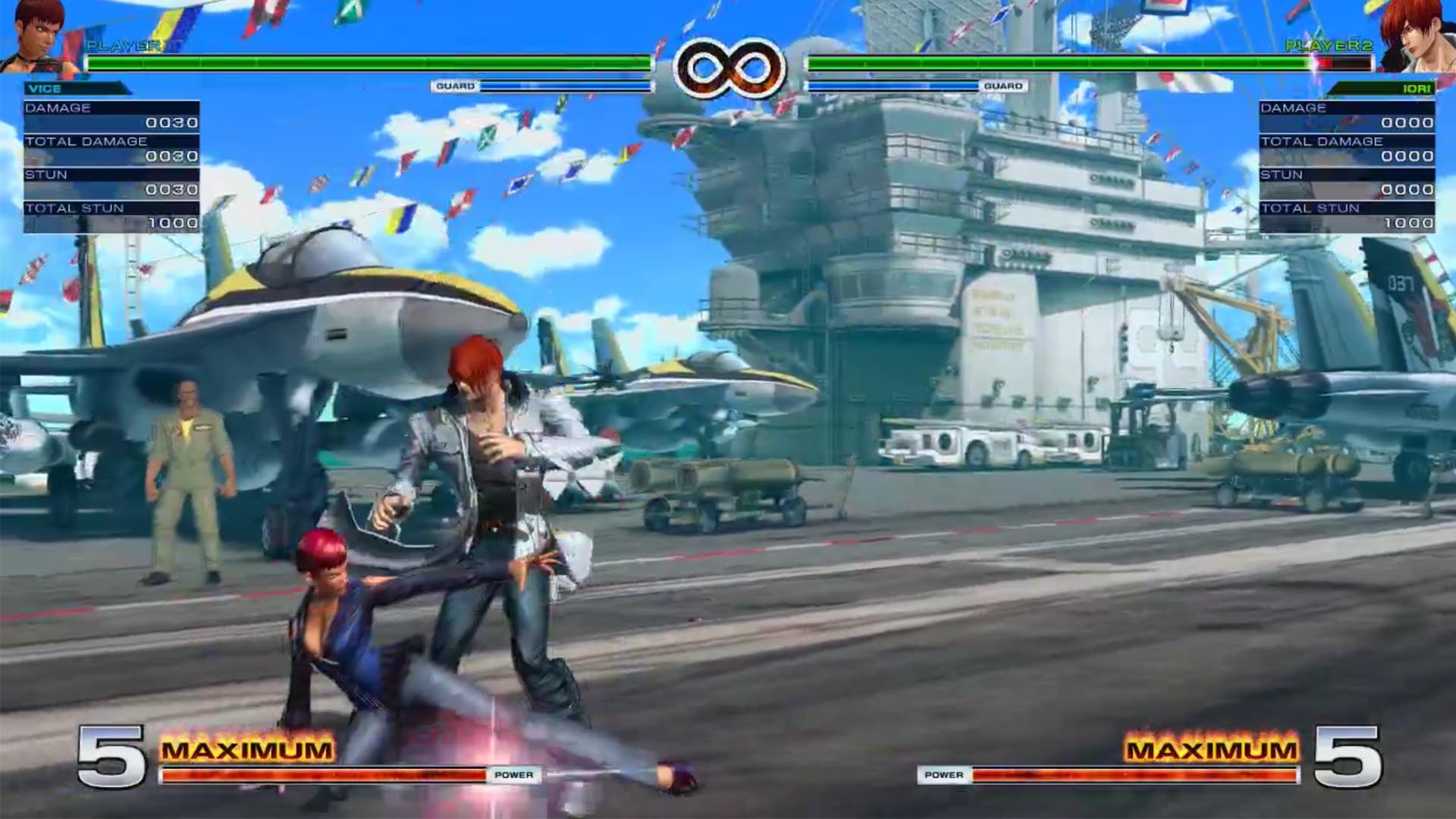 Mix up option 2, from Cross Under: Crouch B, in to combo

2. The Overhead (Forward A). There is nothing special about Vice’s overhead. It’s relatively slow, has an audio cue and it loses its overhead properties when used as part of a combo. However, if it lands, it could easily be the start of a 40-70% damage pummelling. This is an essential tool, which can be used almost at will on an opponent who has been conditioned in to blocking low attacks like Down B. Do it too often and it’ll be read easily, so be sure to plan in advance!

3. Jump C. The hit box properties make this the perfect tool for jump in attacks. It hits low, and the frames stay active for a long time. Because it hits low, it also makes it easier for (Stand C) follow up damage to happen. The hit box also hits deceptively further than it looks, so you’ll be surprised when a far hop actually converts in to damage on a character trying to sweep her landing. It does not, however, protect you from low profile sweep attacks such as Kula’s.

4. Gorefest. This special move (Half Circle Back, Forward A or C) is another one of her core game play mechanics because, if timed correctly, she gets an unpunishable jump in afterwards. Used directly after Deicide, or as a close range punish, it allows Vice to continue her pressure game.

Here I have covered the bare minimum of the iceberg that is Vice. There are combo guides, and videos, which will take this knowledge further but I think this is a good place to start.