If you’re looking for cheap small figurines that were gasha or UFO catcher prizes you should check out Liberty 8 at least.

Update 2019: prices are currently high.  Better prices can be found at Lashinbang, however, their stock of older small box or capsule machine figures is still hard to beat. 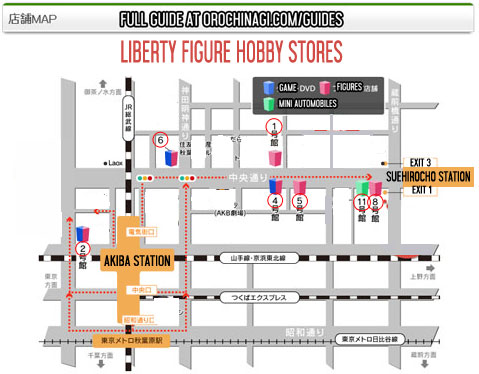 Liberty 5: Figures of all types, plus some collectibles.

Liberty 8: Figures of all types including ecchi, all kinds of cheap collectibles, stationery, junk etc.

Just one floor and small, yet it’s so open many people will pass by and not realise it’s Liberty #1 till you recognise the stickers.  Expect the most mainstream stuff like One Piece and Jojo plus some cheap boxed stuff at the front.  And yeah, there’ll be a load of people walking through it…

From Souehirochou, just to the right of Liberty 5.  Feels like you could walk right past it as it’s a bit tucked in. 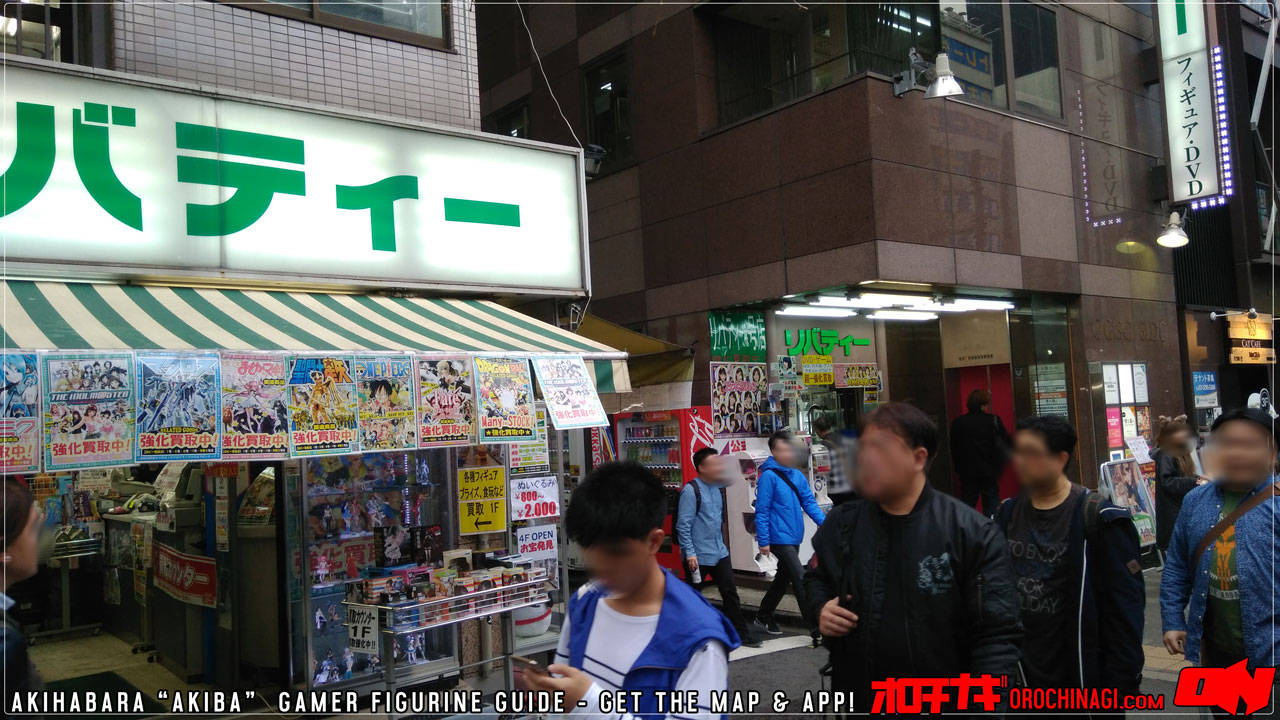 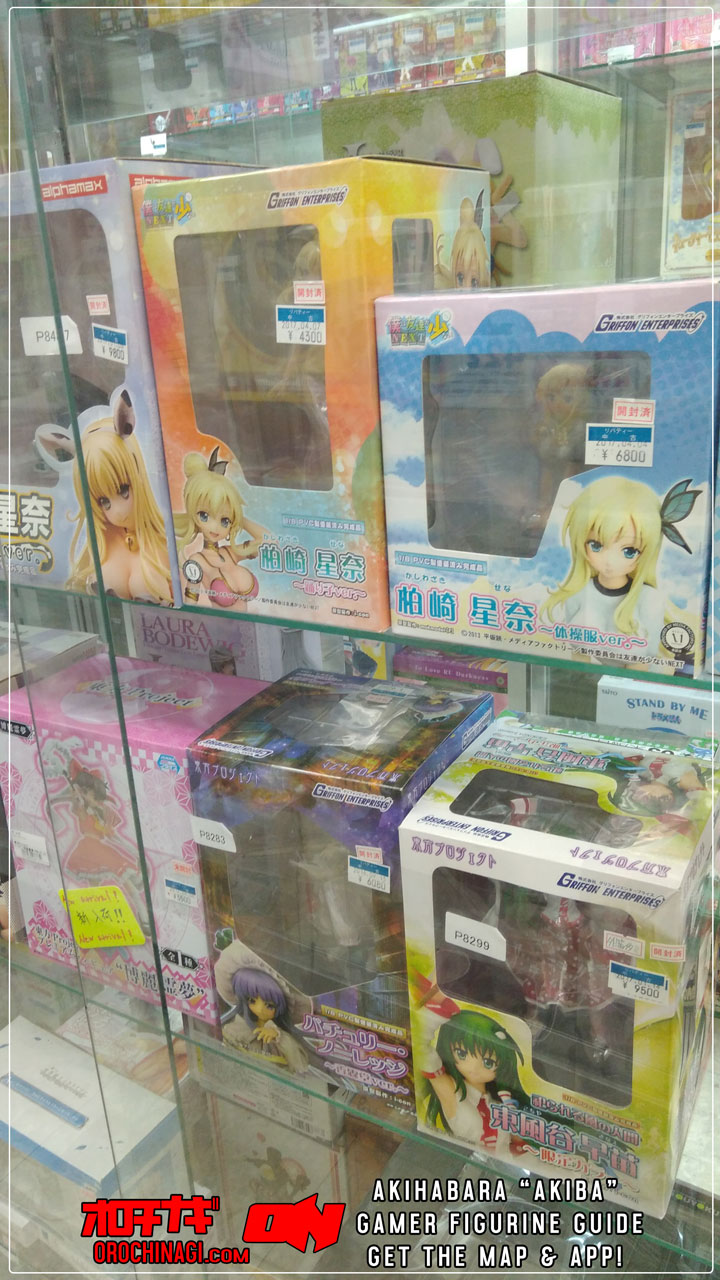 They stock CDs and DVDs and games as well as some figures.

Didn’t even bother going in, got sick of Liberty shops at this point!  But who knows what you’ll find…. 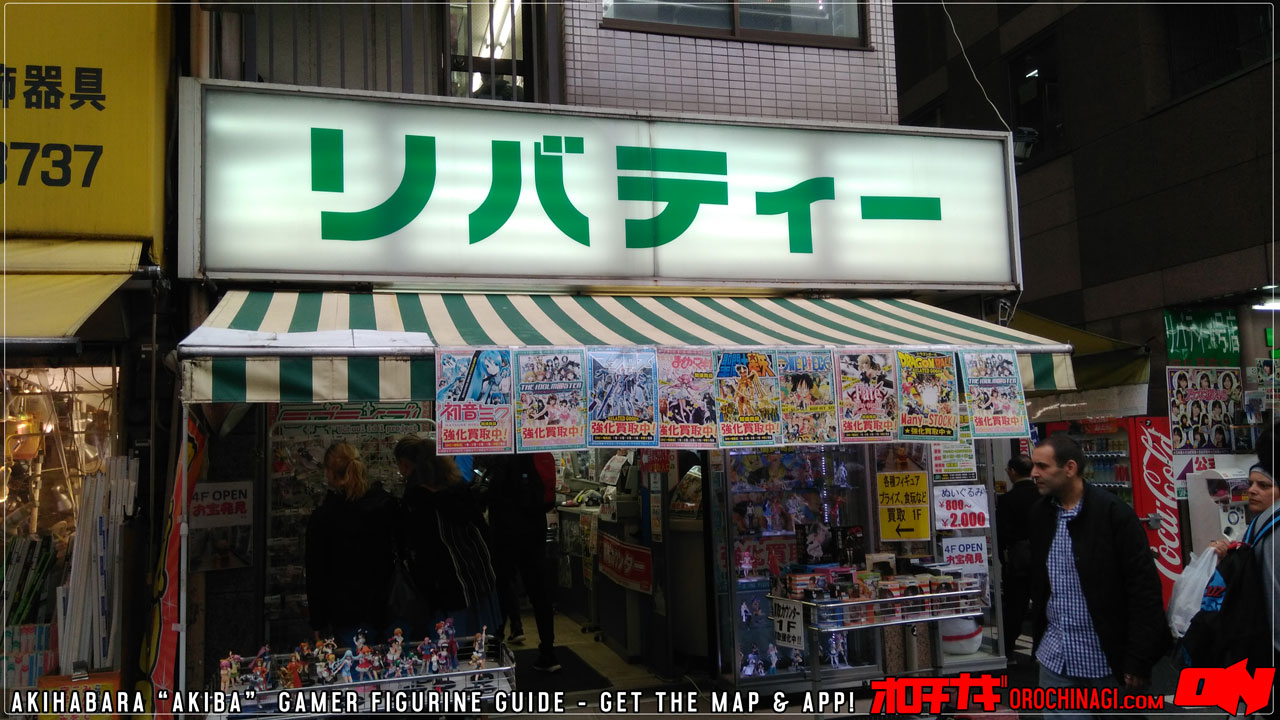 Sometimes it’s easier when there’s less stock and space to get a feel of what you’re witnessing.  More used stuff and loose figures yet why wasn’t it in Liberty 8??  Argh!  Going upstairs you’ll find a nice collection of older prize figures such as Evangelion Christmas editions etc.  The loose figures outside will probably be the cheapest, but as they are in the fresh air; more prone to damage. 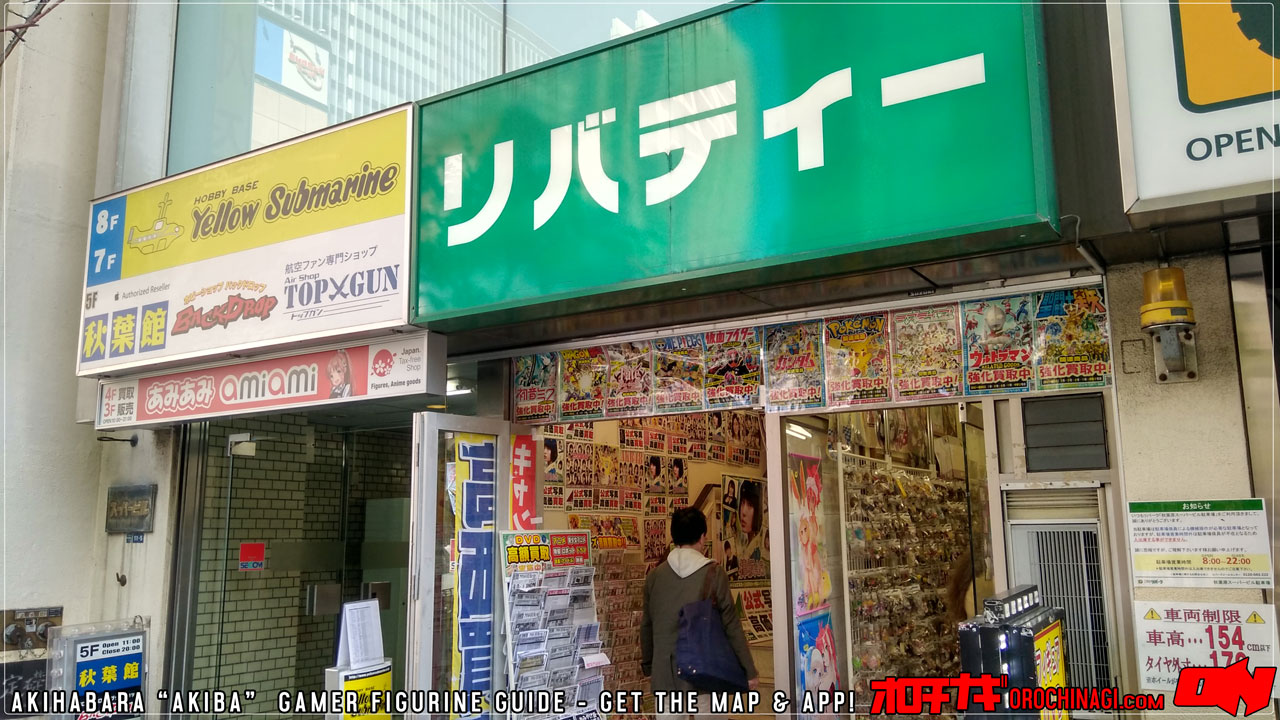 Can be found right next to the lift for ami ami and yellow submarine, on the same street to Akiba Zone off the main strip. 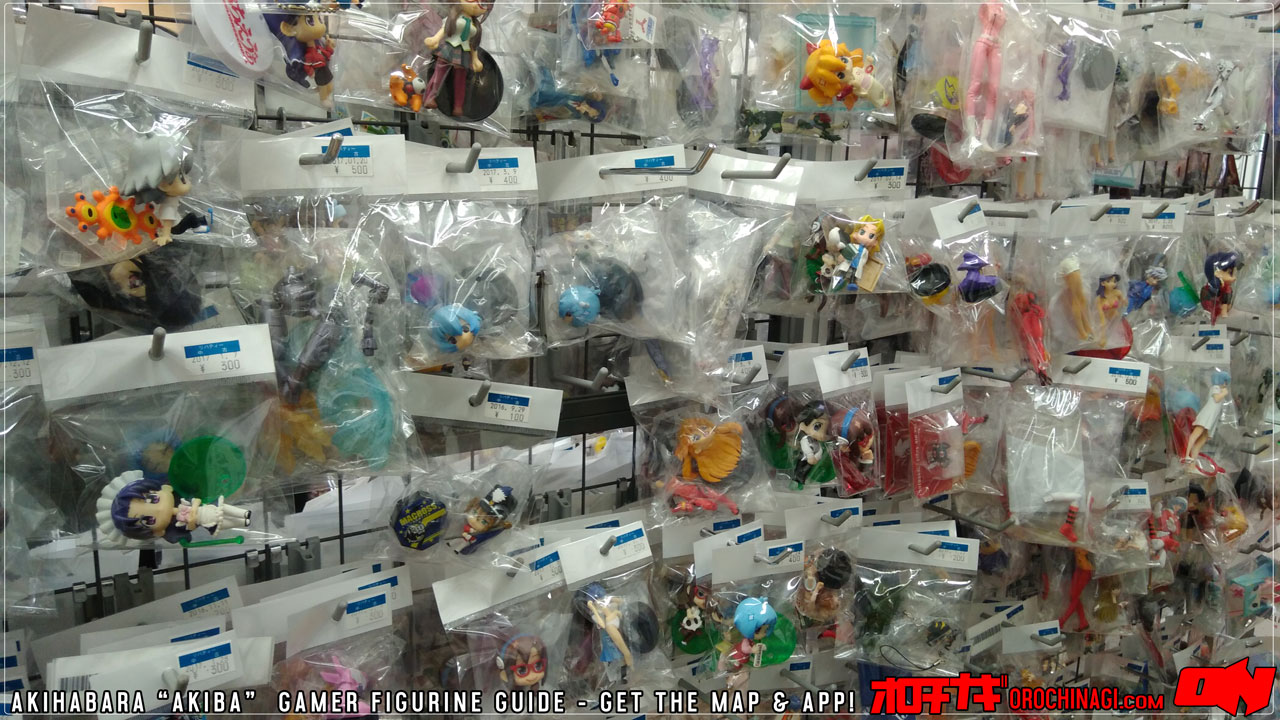 It’s literally one room, but it’s still there, with one attendant and a few buckets of older / classic anime unboxed figures. You may find some bargains here for sure, but it’s tempting to throw around the figures as they look so old and cheap they could be junk – not that this is any excuse to do so, as we saw one gaijin get reprimanded for doing so. 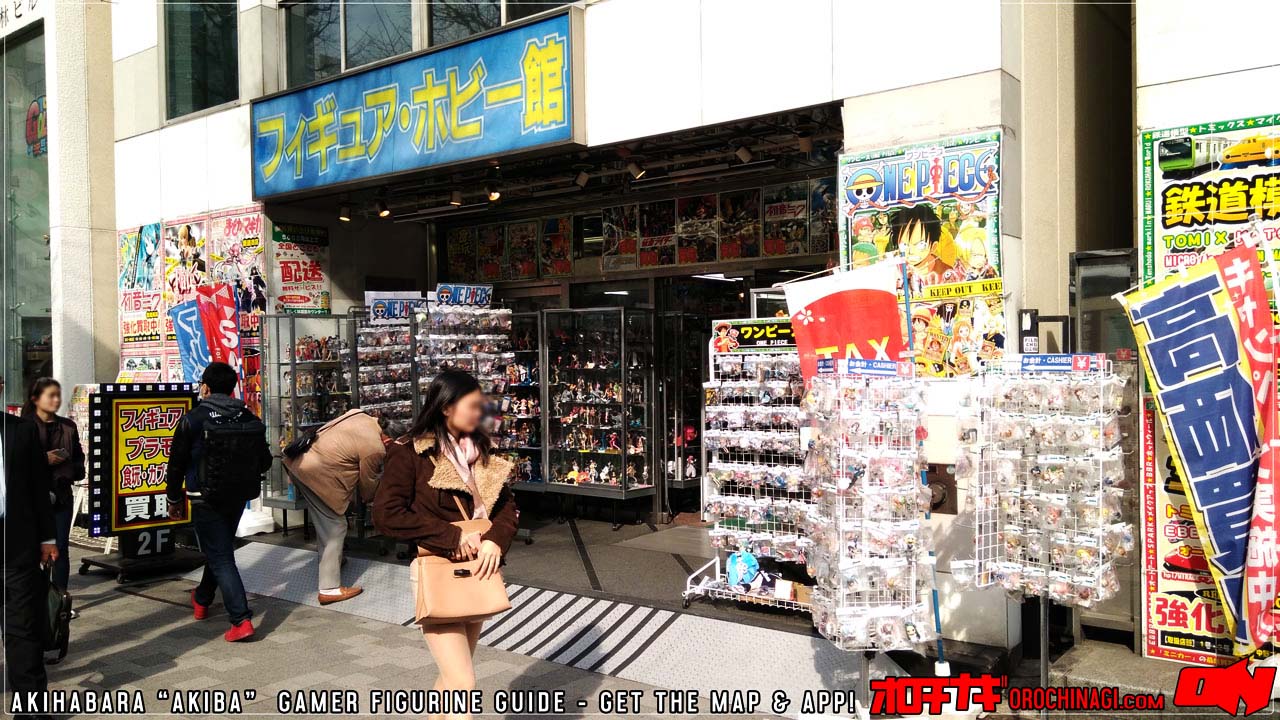 Yes I know it says “Figure Hobby shop” on the front but this is Liberty 8, and has been for as long as I can remember.

Liberty is the last shop to visit if you’re walking from Akihabara station, while it should be the first. There’s always been competition for gashapon and unboxed figures but Liberty still has some of the best prices you’ll find, especially for older anime. 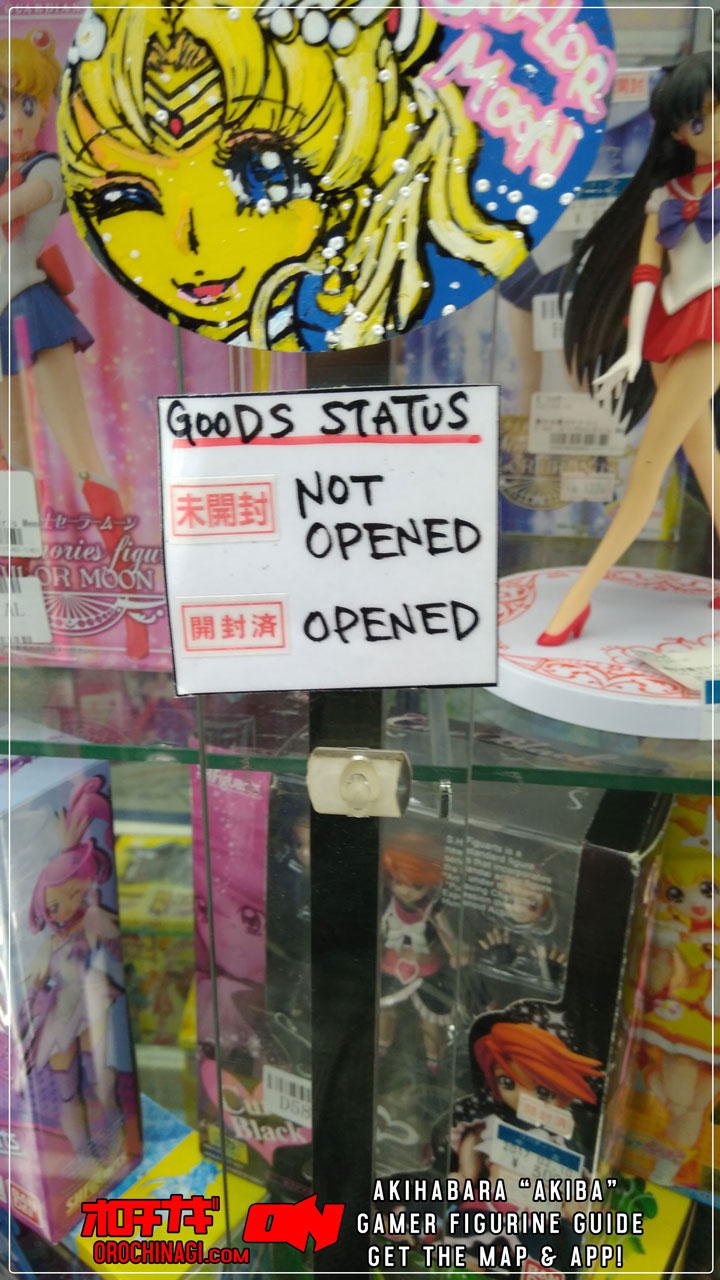 With sections dedicated to Dragon ball, one piece, JoJo, Madoka, it’s easy to find the mainstream figures, especially catcher prizes. There are 6 floors of goods including new figures but ultimately you’re here for 2nd hand “as new” items. Some are in fact still sealed in the box, but a resale defines it as used. Shop is so full of stuff, you often have to dig around boxes if you’re really hunting for something in particular. The store is now famous so it can be difficult to navigate…. but here was found the best prices for KOFXIII series one, and in 2017 Persona Nocturne’s Protag (demi fiend or Hitoshura if you prefer) was discovered deep behind some boxes…

After so many years and footfall, the store feels a bit grubby now.

Their tax free is so awesome they actually give you the money back RIGHT THERE – no need for receipts and waiting at a queue in the airport! Just show your passport and spend more than 8000 yen! THIS IS AWESOME!!!!!!!!!!!

Update 2019: They now have an arcade machine on the top floor and their own Random Gachapon machine! 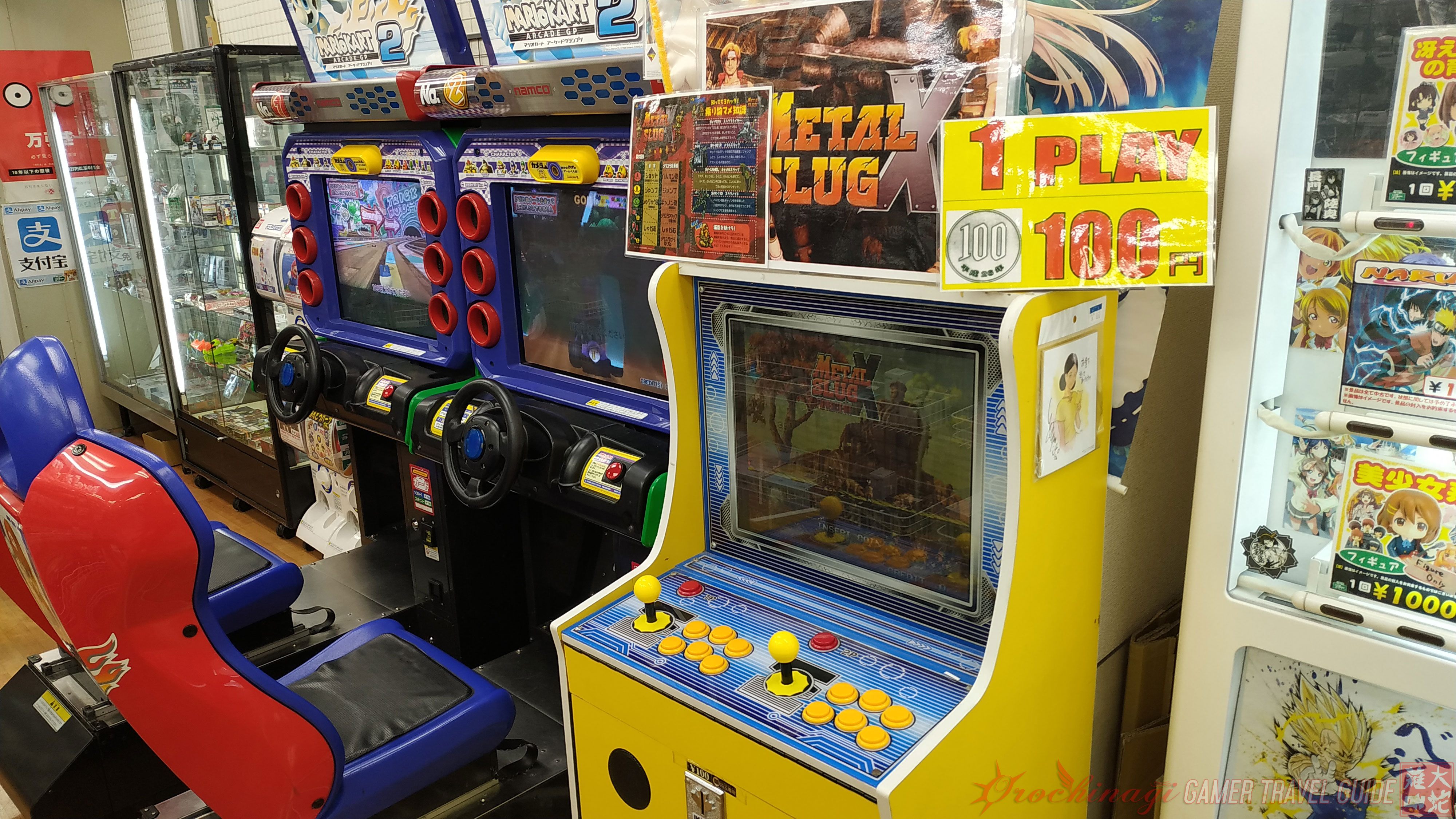 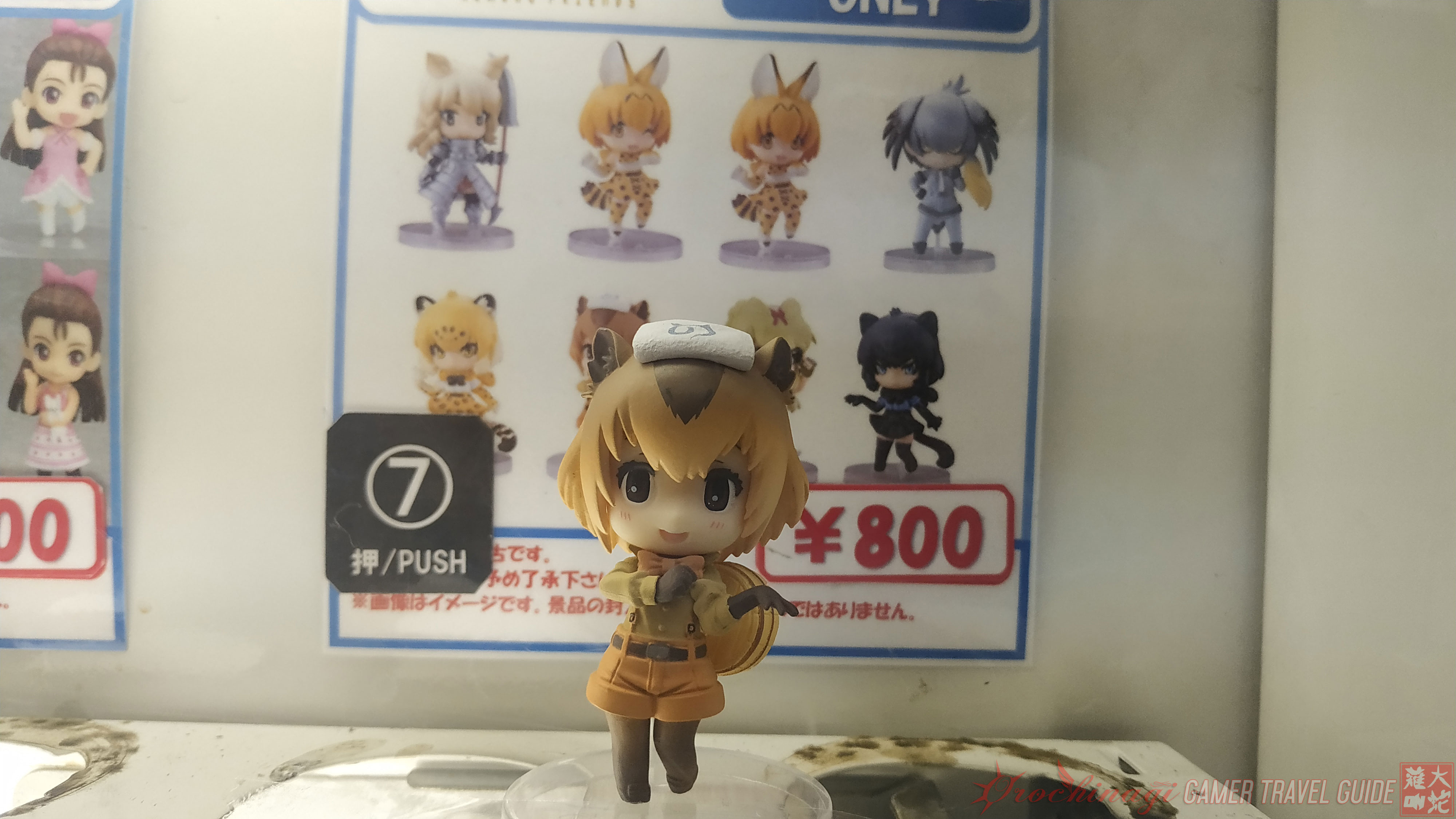 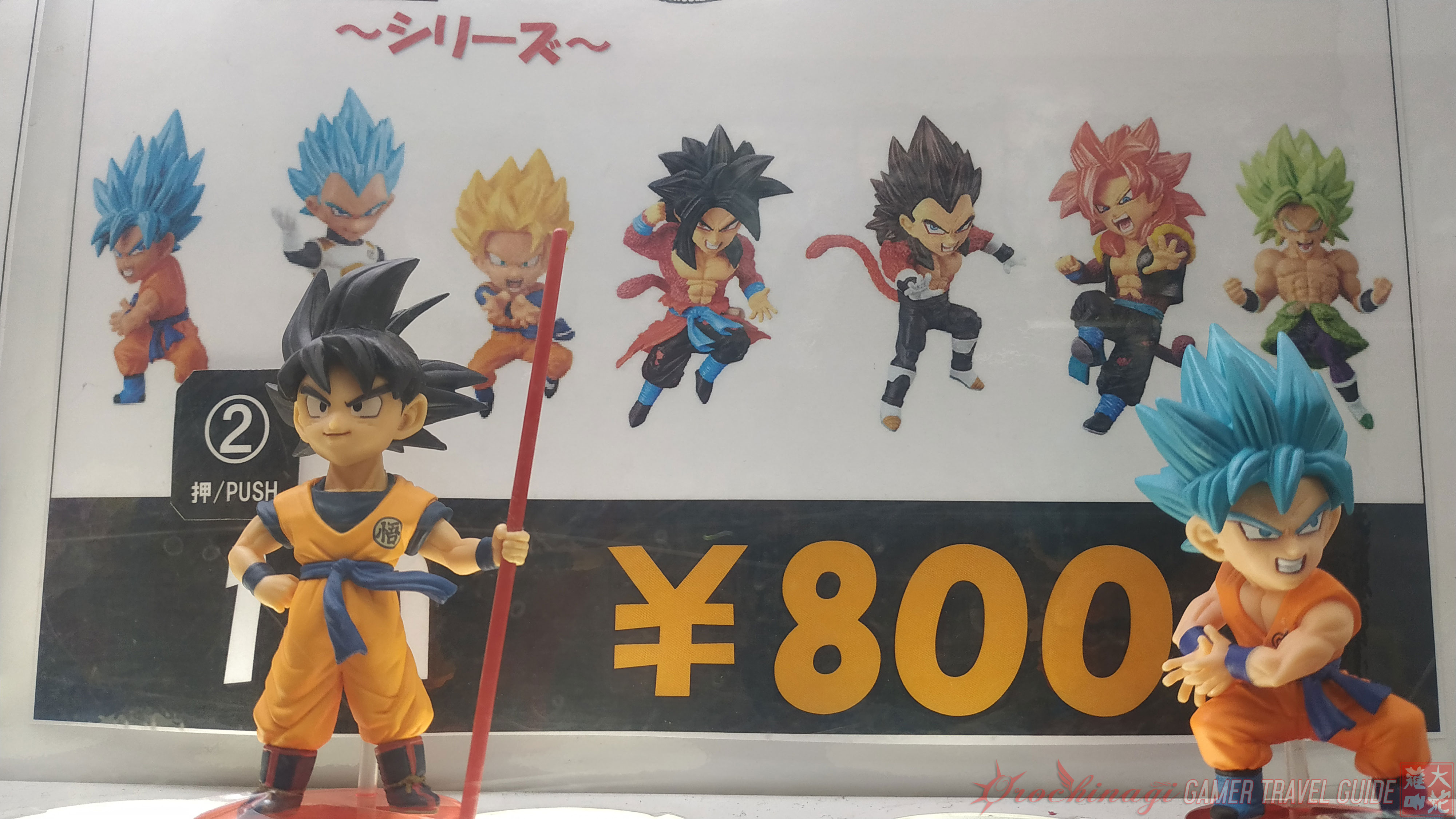 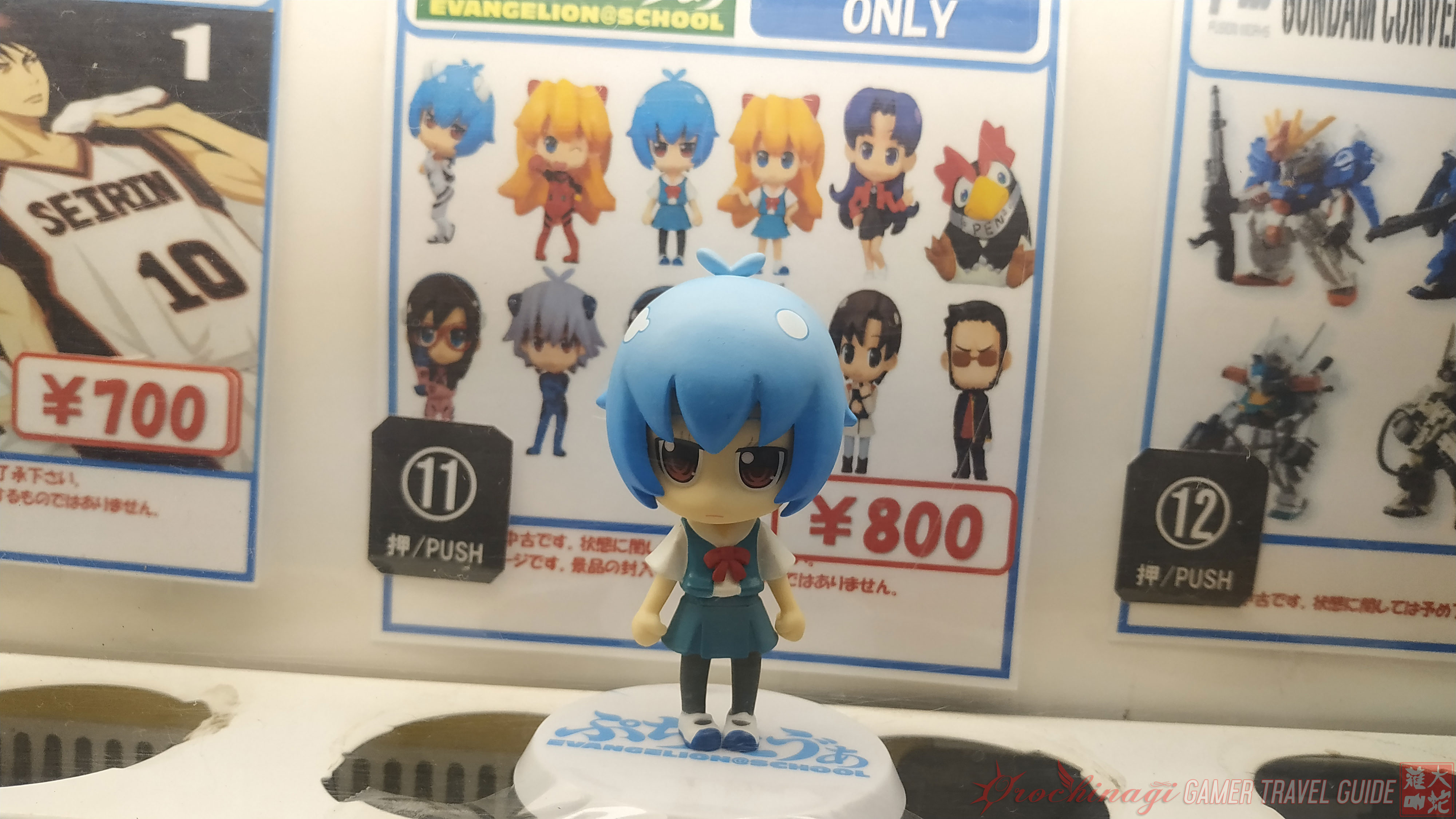 I have no idea what happened to Liberty 9 or 10 but #11 used to specialise in train and cars.  Well, it still does, yet very much less so, as more space has now been taken up by those pesky anime figures. If you are looking for used model vehicle stuff you should check out yellow submarine, and for new items, sofmap and yodobashi camera.

In Liberty 11, there is a strange feeling that the selection of figures here is different for some reason, but it shouldn’t be.  However… there were a few that I hadn’t seen in Liberty 8 – perhaps a matter of luck more than appropriate stock, but Liberty seems to sprinkle their merchandise in a way which forces you to run to every store to check everything…