Sorry to say, but there’s a lot of crap out there (videos and reviews) by people who don’t really know WHY a joystick is better than another.  Here you will find reviews by gamers and info on how to mod them, if available.

Update: if you are going to Japan and want to know where to get your stick/ parts, read this.

Update: I bought two Sanwa JLF sticks from Japan only to find that they are rather loose compared to my neogeo stick, and the Seimitsu LS-33 is even firmer. Please consider this before you make a purchase!

For your average gamer, a mod is rarely necessary, especially if the stick is new.? For the competitive gamer on a budget or lack of resources, a modded stick is a must.? Modding the stick with arcade stock such as SANWA or SEIMITSU removes the needless travel (the distance between the contact on the stick and the actual switch) which is often found on your average stick.? Cheap buttons can wear out fast, meaning when you press the button, it doesn’t always register.? This is of course vital when you’re dishing out combos or in the middle of a shooter.

Scroll down below the reviews to read about mods. 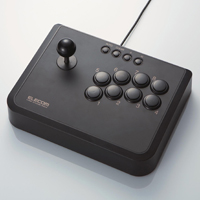 This stick seems to be a generic model released by different companies.

With its large case, it’s well recommended for modding- but you will have to dremmel and cut.

But don’t forget cost of modding components plus shipping! 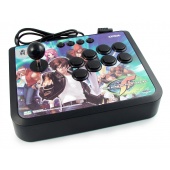 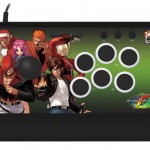 The release of KOF XII came with a few sticks.? Perhaps they were supporting the fans.? Or perhaps they thought they could rip us off with some crap.? The Exar was the first to be announced on the market with a… 3×3 button layout… uh… hello?? I’m not buying this to play Street Fighter.? Supporting the fans my ass.? One way to make a quick buck, sell some cheap hardware with some stickers on it.? Damn.? Then I just noticed the Joytron on play-asia.? Look at the Elecom stick above.? Notice anything familiar?? Yes it’s that f*cking stick again.

So apart from if you’re buying it just for the artwork, thank you Joytron, and thank you SNK Korea for giving it official license, but no thanks.? This is also available with a white stick and buttons, but at the same price, that does NOT mean it comes with Sanwa parts lol. 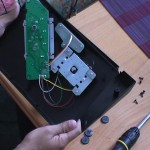 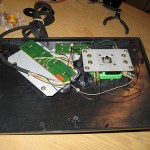 Inside the original Neo-Geo stick

Made by Exar (who also made the XII stick and the Royds), the stick is decent (it’s not the classic neogeo stick but a typical arcade stock stick, with larger shaft and ball) and the buttons feel like the old Neogeo stick.? That means it’s excellent.? I can’t really give a balanced review of this, sorry, but if you’re a neogeo freak, you have to have one.? If you’re not, don’t.? This can be modded, although… it’s almost blasphemy.? As you can see on the left, the buttons are soldered to a pcb board and I don’t see any sort of plug for the stick, much like the original!? Argh.

A few weeks later of continous play and I’ve noticed the buttons have started to squeak- again, just like the original!? A little?switch cleaner?should sort that out (apparently WD40 is not recommended).? I’ve opened this up and am considering modding the buttons as I’m having to slam them quite hard to get a simultaneous register (for throwing on KOF XII)?(update – that’s actually a common problem with KOF XII!).? My friend doesn’t have this problem with his stick.? Maybe it’s me, I dunno yet, too busy to test (update, it’s not just me!).? The stick is also looser than my now 5-year-old virtua stick (which uses a Seimitsu LS-33 stick) but I actually prefer this (and the Sanwa JLF is even more loose!).? I notice I’m not having problems hopping to the left anymore.? I think this goes to prove that some parts suit certain people better than others.? You need to try the stick out before you buy, or at least know which parts work best for you. 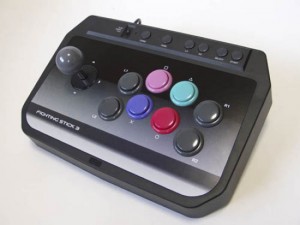 Please note that this stick in general does not work on PC although some users have found it works fine, while others have simply gutted the stick and inserted a PSX pcb.? However, those who have attempted to mod the stick have had varying degrees of success because the Sanwa stick tends to be too tall for the box, which means they had to cut the stick or grind the base.? This means advanced level modding at your own risk.

The Wii version of this stick is quite common in the market but er… well that’s cool if you have a wii.

Wii HFS3 (I have backed up this page so if it goes down, let me know!).? The tips in this work in general for all HFS3 variations. 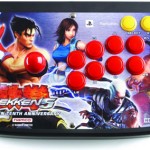 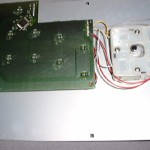 According to Namoko Team and SRK, the Hori T5 stick does not contain any Sanwa or particularly good parts, but is decent enough for the average player to start with.? Inside, you can see that the buttons are soldered on and the joystick’s mounting holes do not match a Sanwa stick so replacing it would take some metal work.? Not really recommended. 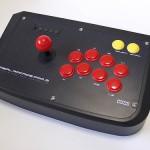 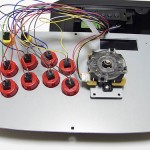 Sanwa Stick supplied.? Buttons are Hori stock. Works on PC and PS3, also backwards compatible with PS2 games through PS3 firmware update.? This massive stick is the current fav amongst gamers and the most accessible on the market.? Although there are better… this is the most easily modded stick, no soldering required.

Getting the HRAP to work on PC – PRESS THE HOME BUTTON!

Sticks confirmed to be easy swap (i.e. no soldering required) – these sticks have buttons with quick connects that can be pulled off and sticks with the 5 pin connector plug.

Have a look at this video – the guy is replacing the buttons on his HORI HRAP EX.? The technique to replace buttons works on all non-soldered buttons in sticks.? It’s that simple!

Sticks confirmed to be easy swap (i.e. no soldering required) – these sticks have buttons with quick connects that can be pulled off and sticks with the 5 pin connector plug.

Pretty much any stick is moddable, if you’re prepared to solder, dremmel and drill.

The concept for modding most sticks is the same:

The thing to note is pcbs (the green board) that are attached to the stick and the buttons are generally not important.? There should be a main pcb which contains fuses and maybe a chip- this is really all you need.? You can remove the other pcbs (take camera pictures and note where wires are attached just in case) and simply use wires directly from the buttons and stick to connect to the main pcb.? JUST MAKE SURE YOU KNOW WHAT CONNECTION DOES WHAT.? You’ll find some pcbs are quite friendly and mark what button or stick direction should be attached to what.

Here’s how I modded an old virtua stick clone (bought in vietnam!) – the process being very similar for other sticks.

Updated 2011
#1 There is no recommended stick for KOF – these are the next best thing.  In my personal opinion I prefer a stick with a curved layout with the default buttons in the middle of the layout rather than on the left.  I quite like the datel for this but it’s a small stick.

WHERE TO BUY PARTS