The Honeymoon is over #KOFXV 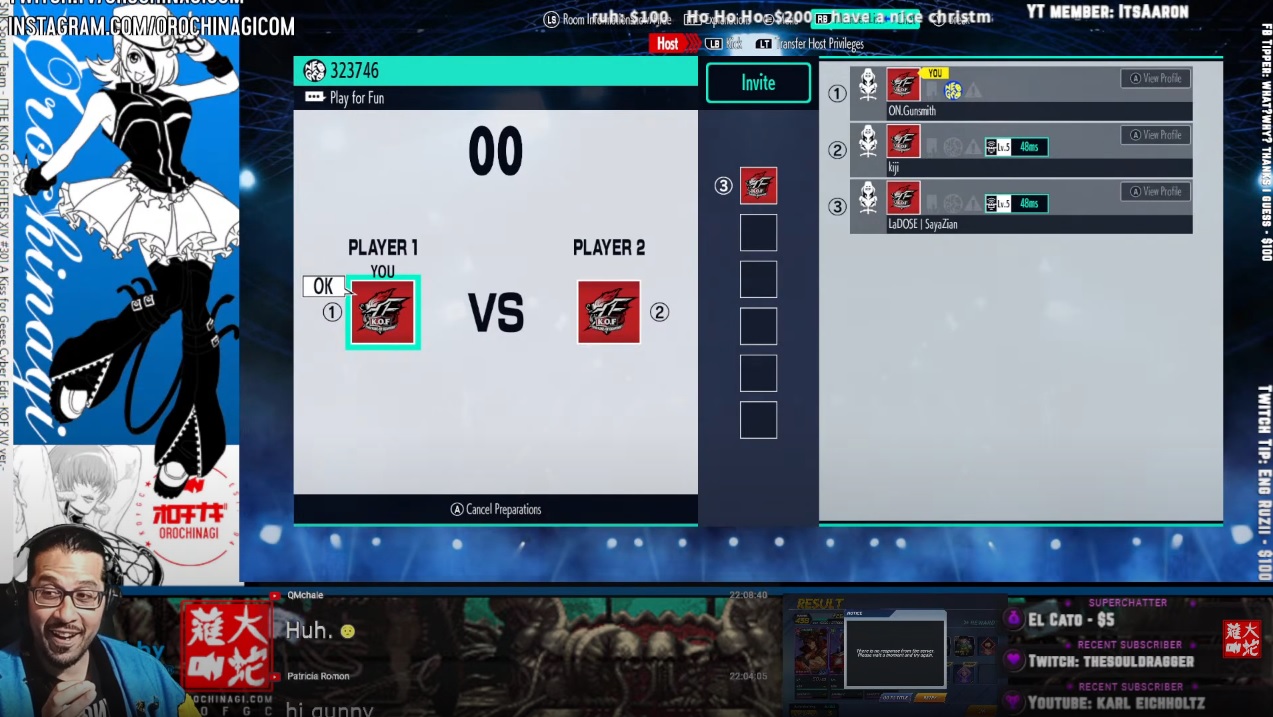 The Honeymoon is over #KOFXV

Two months have passed and SNK hasn’t posted anything like “x million sales celebration” while there are some steam tracking apps that report KOFXV sold a good amount indeed. The game is great but many casuals have left, leaving SNK with the real hardcore player base, who right now have serious issues with the netcode part of the game.  At least, in the West.  SNK needs to step up here.

When the netcode works, it works very well.  It is sure that players will return for the next dlc which was announced for mid May (tbc) so it’s fingers crossed SNK can improve on these issues by then, to retain players and encourage new ones! There is still some light at the end of the tunnel.

3.5m eh, i wonder if SNK has any spare change after paying their bills, tax and salaries… ? and this is only for steam pic.twitter.com/tjXlgrPp1N

These numbers are usually an estimate, and don’t include console sales. Regardless, KOFXV hit the top 3 in sales at one point, so I hope that spreads some cheer!  However, Steam and Playstation have real matchmaking issues (I haven’t seen many comments from Xbox users); and it might be something that SNK cannot fix.

What’s happening with the netcode?

The pvp aspect is a fantastic step up from KOF14, which was already good but was unable to deal with long distance connections. KOF15 can play smoothly with pings of 200 on freaking WIFI. Yes. And this is part of the problem. A high ping doesn’t mean the match will be terrible. You could have a laggy match with an opponent of 50ms.  There are other things to consider like ISP, vpns, etc. It’s strange, it’s not consistent and it’s not recommended to completely avoid low ping opponents, or wifi players either.  “Low Ping =/= good match” is something the playerbase should experience more but it seems that the infrastructure of the west is so finicky that there isn’t really anything reliable to say about it. Some wifi high ping players should definitely be avoided, but on the other hand it can work.  Frankly the more important thing is the actual finding of opponents and the lacklustre lobby.  The attitude of players is another kettle of fish entirely.

It’s not great but when you’re begging for players, well, it’s better than nothing!  Note that I was streaming and straining the PC a bit!

I have had the game freeze mid match several times, and it’s kicked me from spectating a match very often. A few times, my friends created a room but it would not appear on the list.  Then when we do find it, one of us can’t enter it. There is something strange going on. As for matchmaking, the game doesn’t seem to be able to decide which opponents are best to propose. When I set it the options to “all” it finds someone with 200 ms. When I select 2+, it finds someone with 100. That’s good, but why can’t I find that same 100ms opponent when my setting is “all”?  Even if this is some sort of phantom issue, the default region settings have half killed KOF15’s chances to create a thriving playerbase. The other half was killed off by other games and the typical attention span of casual players. Can’t blame them, that’s normal. Meanwhile in Japan, our friends tell us that everything is great. When I check their streams, I can see there is always a player to be found, but in fact there are two or three waiting.

As for ranked, many western players complain that the system keeps matching them with the same opponent.  This happened to me too. There is a chance that the game is working fine here and that the hard truth may be that there simply are not enough players online. In Japan it seems more players are reaching champion rank. At the same time, these same champions are posting their ids and room numbers and asking for opponents.  Now why is that?  Is it because players can’t find their room or because players are afraid to join or because they only want high level opponents?

There is something wrong here, and one player felt so angry, they created a website solely to complain about it. If SNK looks at their Japanese playerbase and sees no problem, well I guess that’s that, we’re doomed.  One point that has to be made is that bad netcode is often hidden by an abundant amount of players.  These players are near each other so they don’t get long distance matches and the problems that come with.  So, people think everything is fine.  This happens often with games at launch. However, the complaints about KOFXV matchmaking started practically a day after launch. People tried playing with the region settings to no avail.  Just look at the Steam reviews, it’s not trolling from a few randoms. It’s consistent.  So that point about Europe and other areas not having an abundant number of players can go to hell, that’s not the issue here.

The matchmaking is borked, plain and simple.

But if you really want me to defend the game, okay, there’s one other thing we can point the finger at, and that’s the attitude of players.

what's most important to you now? #KOFXV

This is the issue that is literally killing KOF online, IN THE WEST.  Splitting up the players into  private rooms, ranked and casuals with one match lobbies is just bad. SNK needs to make greater strides if it wants kofxv to grow outside of Japan.  It needs to force people to play together.  You don’t have these options for Fortnite, Fall Guys etc.  Just go online and play.  Stop dividing the playerbase.  Stop creating regions and gatekeeping options.  Forget that Wifi indicator too, KOF can’t afford to gatekeep players who are desperate to play.  An online lobby needs to be filled up, and have ranked matches and casuals, party mode and everything at the same time.  Japan has no problems, ok, great, but SNK’s players are 90% from global region.  So SNK needs to help GLOBAL.

At the least, SNK is supporting eSports events offline, here’s big news for Europe, if you dare to travel.  Stunfest is looking to be super hype.  The question is can SNK afford to send one of its Japanese players?  SNK has spent a lot supporting the eSports scene, but did it pay off?  Perhaps we’ll talk about that next time.  See you on the next stream for a chat!

Update: here’s a link to GGACR ‘s lobby notes, which is acclaimed as a great lobby system.