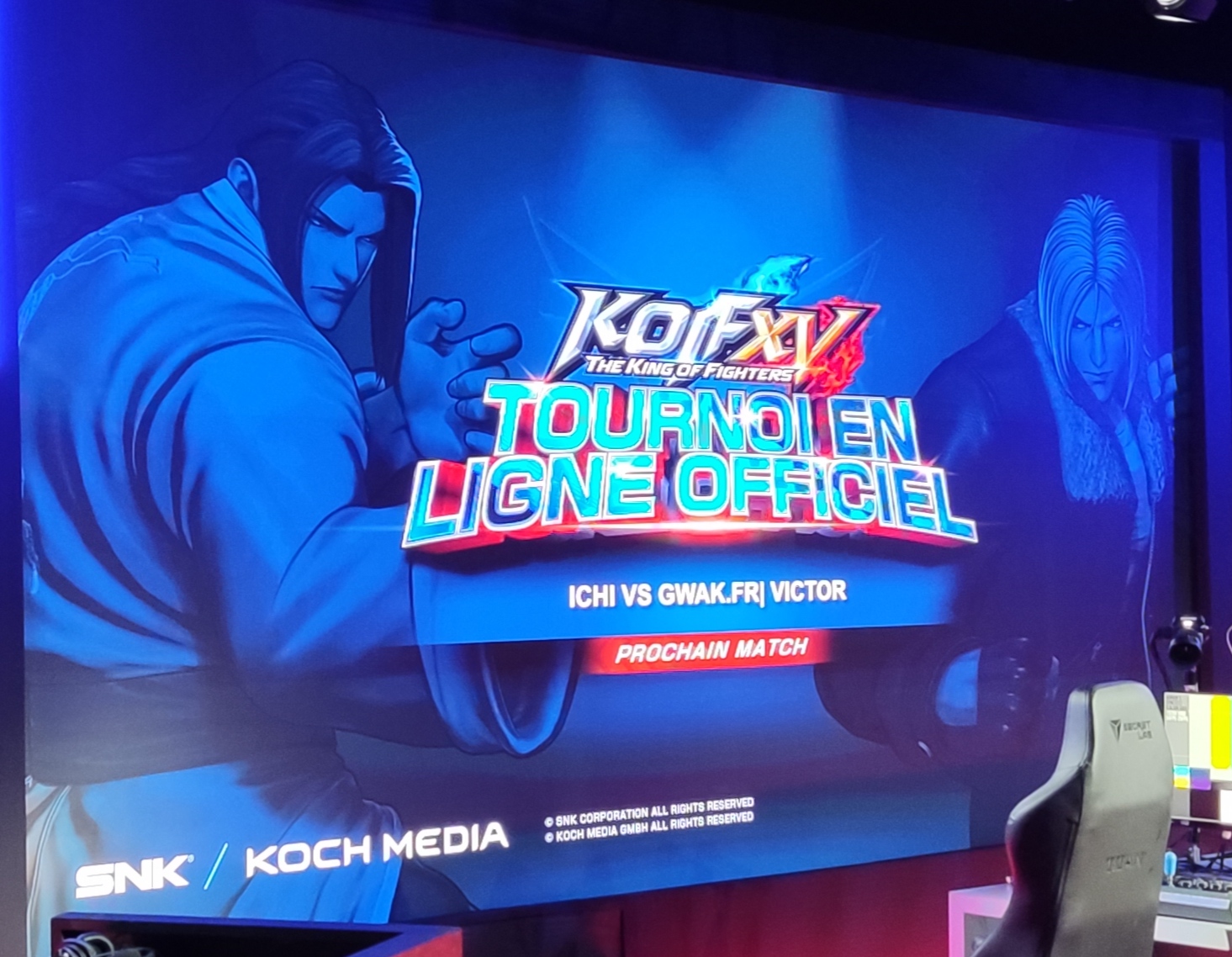 Make sure to tune in and cheer our very own CharlyBeatz! And everyone else, of course!

Here are the brackets:

Controversial as ever, Koch Media has tried to stage a tournament that can bring together and reward the French region players, while the usual arguments remain: what about the other regions? Why not one combined region? What about PC? SNK’s netcode is at fault here as it was clearly not ready. However, even with good netcode, staging an offline top 4 (as originally planned for PS and PC) would mean significant costs for both players and distributor. In the end, PC may be done later on, and as for Xbox… no idea. Instead of top 4 we’ve got top 8, so we’re gonna have a clean run back for some matches that were affected by lag. With the Athena infinite in play, plus players having had sufficient time to practice the dlc team of Gato, B. Jennet and Rock Howard, it’s looking to be a hot hot tournament!

As for exposure, Mr Quarate tweet about the finals got 34 rts and 84 likes, with people asking if they could enter the tournament. Says a lot for communication these days – it’s a huge challenge.

As for KM France, they haven’t tweeted anything AT ALL. Their last tweet was about entering the initial tournament back in April, which got 15 rts and 53 likes. It says a lot about the need to work with community. We do not need to go on about it here. KM global doesn’t seem to have tweeted anything either. Checked their facebook pages and it seems like tournaments are not something they want to promote. Hmm. Well. Enough about that, let’s enjoy the show and grumble about it later, the production value of the event is high, thanks to Abou, who has been behind many of these fgc events, including redbull kumite, so it comes as no surprise.