(Article has been updated with some new info about PS4 production and prices of PCs).

Poverty is a word which conjures up many images, but it’s different for everyone. For me, “poverty gaming” is first, which I understand as just another name for retro gaming or playing cheap games. But in fact there is a serious side to it; a serious side to the calls for “pc release please!”

that some people claim SNK is ignoring. It may well be the opposite, and yet, at the same time, it could be SNK’s curse all over again.

Incidentally, some of this was covered in a rather rambling podcast where I drank a bit too much and may well have went a bit far.  You can check it out here, in the podcast led by PR6let, covering the future of KOFXIV, SNK’s choices past and present; also featuring Desmond, EXWildWolf, Fusso & Check!

Anyway, back to the discussion:

Imagine a teenager in a first world country with a good family, education and home, faced with the choice of buying a full price game or buying some fashionable clothes, while having technical knowledge of how to download illegal goods.  Given the choice, I know what I would do, and it’s not acceptable, but I’m a greedy little capitalist shit. The only thing that guarantees me buying the legit release is the online features, but hey there were cracks for that too. It was the case on Xbox and ps3 consoles. Ps4 and xbox one don’t have these problems, so I’m sitting here with my subscriptions and games all paid up.  Although console sales aren’t exactly great due to various factors, console exclusives and a lack of piracy are certainly keeping the gaming companies afloat. But what about the game itself and the hype around it?  What about the fandom, the wider KOF community, that contains a sizeable amount of impoverished players?  Should SNK care?  What difference would it make?

On the other side of the fence, in a developing country, a console can cost the same as a car. For example in Brazil, while KOF14 pays homage to the that fanbase, most of them can’t afford a ps4, simply because of HUGE taxes:  the price of a PS4 with all those taxes: originally US$1800 at launch.

Then you have the fact that there is no local distribution so you have to import, but if you do that, you’ll get hit with an import tax…. There’s no escape; for the moment, a PS4 is out of the question.  Brazil for now, has to rely on PC for its gaming needs.

Update: Sony in fact tried to lower the cost of PS4 by manufacturing the machine closer to Brazil and lowering import costs.  Because the exchange rate goes through Argentinian Pesos, this way the price is now around US$1000!!!  Also, as an import, there’s still no warranty or parts to expect.  It’s a very very expensive idea.  You can also see a nice chart of most expensive countries to buy a PS4 here.

Brazil in fact manufactures PCs, another reason why the market is ok there. Buying one from a store, ready to use, with windows and a GTX750, is around R$ 2400 (US$720).
If you buy the individual components and the software, should be around R$ 1750 (US$520)  So it’s just more clearly more affordable.  It’s certainly not cheap, but at half the cost of a PS4 with the same power, the choice is fairly clear.

Back on the privileged side of the fence, people seem to either not know, are quick to forget or just don’t care about what it is like to not have money. Some people in first world countries still don’t have a job for various reasons. Should they be laughed at and told to go play on a old Nintendo from the bargain bin?

Let’s not forget the NEO GEO itself and how it was a console for the rich. The only reason poor people played these games was through piracy or via (very late) ports to consoles. Remind me of which version you’d rather play: the arcade perfect rom or the “good” port with loading times? Even the ports were pirated, and then SNK went bankrupt. It was easy to blame piracy for their downfall. But how can you say a sale was lost when it was out of reach in the first place? For the poor people I would say this is true, but there were definitely richer people pirating who played a hand in this.  Still we cannot forget the failures of SNK’s investments in other areas such as the NGCD, NGpocket & Hyper NeoGeo64.  At any rate, after the move from hardware sales, SNK was able to be reborn and is now doing much better as a games developer, much like SEGA.  While all this was happening, people were still playing KOF games, paid for or not.

KOF13 was released, dumped, and then updated for console and finally arcade again, where it was dumped again.

We arrive at EVO 2012 and the finals between MadKOF and Bala. Remember the chants and the viewer count. How many of those were from poverty or even pirate backgrounds? Does anyone know for sure? The crowd made it hype levels of 9000 and that had a ripple effect. Attention to the game went up, arguably sales too.

It’s a quite a bit harder to track the impact of fgc events on sales but it’s definitely there. KOF13 arrived on STEAM in 2013 and it sold well, today with 420,000 users on steam, not counting who bought it on sale, not counting all of those with cracked versions. In comparison, GGXRD:sign has around 82,000 owners and SFV 220,000.  While we should really consider how long these games have been around, it would seem the profit, and expansion of fanbase, certainly outweighs the piracy.

However, there are still some things that don’t make sense.

Why are fans calling for KOFXIV to be released on Steam, and yet, they’re still playing KOF2002 on emulators?  What about KOF13?

We see on Fightcade’s charts that Brazil makes up a huge chunk of the KOF2002 player base.  That’s like 400 players mashing buttons on the “poverty” line.  Do they represent the KOF community?  Partly.

The question is whether bringing KOF14 to Steam take those KOF2002 players off the ‘free’ ride?  This is not so clear. They obviously love their game, but there may also be various reasons why they won’t play KOFXIV or even 2002UM.  They could be the same as the Third Strike and Garou purists, etc.  They could have technical limitations: emulators may be illegal, but a lot of them are far lighter and less resource intensive than the steam client (oh another update? Grrreat).  For those with a poor internet infrastructure, what choice do they have for ggs?  It’s a tough call to blame them for using the best they can get while “not supporting”.  It’s a harder call to say whether their hardware, let alone infrastructure, could even support a graphics intensive, high speed netcode game like KOFXIV.

However, looking at the thousands of players on Steam playing KOF games, it’s clearly a good idea.  There are 120K owners of Steam 2002um, with 6k playing last week – and Brazil was #1, making up 24% of players.  USA and Japan followed with 17 and 10% respectively.  Notice that there seems to be nobody playing KOF13 in Japan on Steam right now.  As I’m sure you’re burning to know, KOF98FE has 110K owners, had 4000 users playing last week, and Brazil was top again.

So why doesn’t SNK just spend dev money on porting kof14 to Steam?  Online gaming isn’t everything, the chart above doesn’t mean people are actually playing online, it means they logged in and played the game, even on their own.  This goes very much to prove that the absence of online activity doesn’t mean a game is “dead”.

At any rate, I’m no official representative but I’m afraid it all seems to be pointing towards SONY.  The console wars are burning right now: Console sales are falling (compared to the last gen), while companies are trying to milk consumers even more.  Who remembers the famous “Oh the xbox 360 still has a few years left” from a rep, where in the following months the XboxOne was revealed.  And then the PS4 slim version released at the same time as the Pro?  These companies need their exclusives as much as ever.  It seems obvious to me that Sony offered SNK promotional help in exchange for sole platform rights.  We can only hope down the line that they’ll relinquish these reigns and let SNK bring in a greater crowd of fans (many of which will no doubt scream about their low spec PCs running the game slowly and therefore ‘it sucks’ with strange bugs and poor netcode lol).  While the PS4 is out of reach for many less wealthy fans, it is their hype that we need to support the game when presenting it to the rest of the world.  People are so easily swayed by numbers.

SNK can’t really afford to be developing for the wealthier gamers, the past already showed the price to pay for it.  And for crying out loud, while they are selling games to people who can afford it, why in heaven’s name aren’t they selling DLC?  They’re spending lots of money on improving the game and now the World Championships, flying their qualifying players to Japan and then China for the grand finals.  It’s really making fans happy, but will it make the company a profit?  I think everyone reading this wants SNK to succeed, but we won’t help anything by dismissing poverty gamers – and yes, even pirate fans are still fans, they can all show their support without financial power, they just show their heart.  Many such gamers have contributed to the community with videos and technical advice.  This is what makes a community strong and a game more hype.  We look forward to the new KOFXIV 1.10 patch in January and more titles to come! 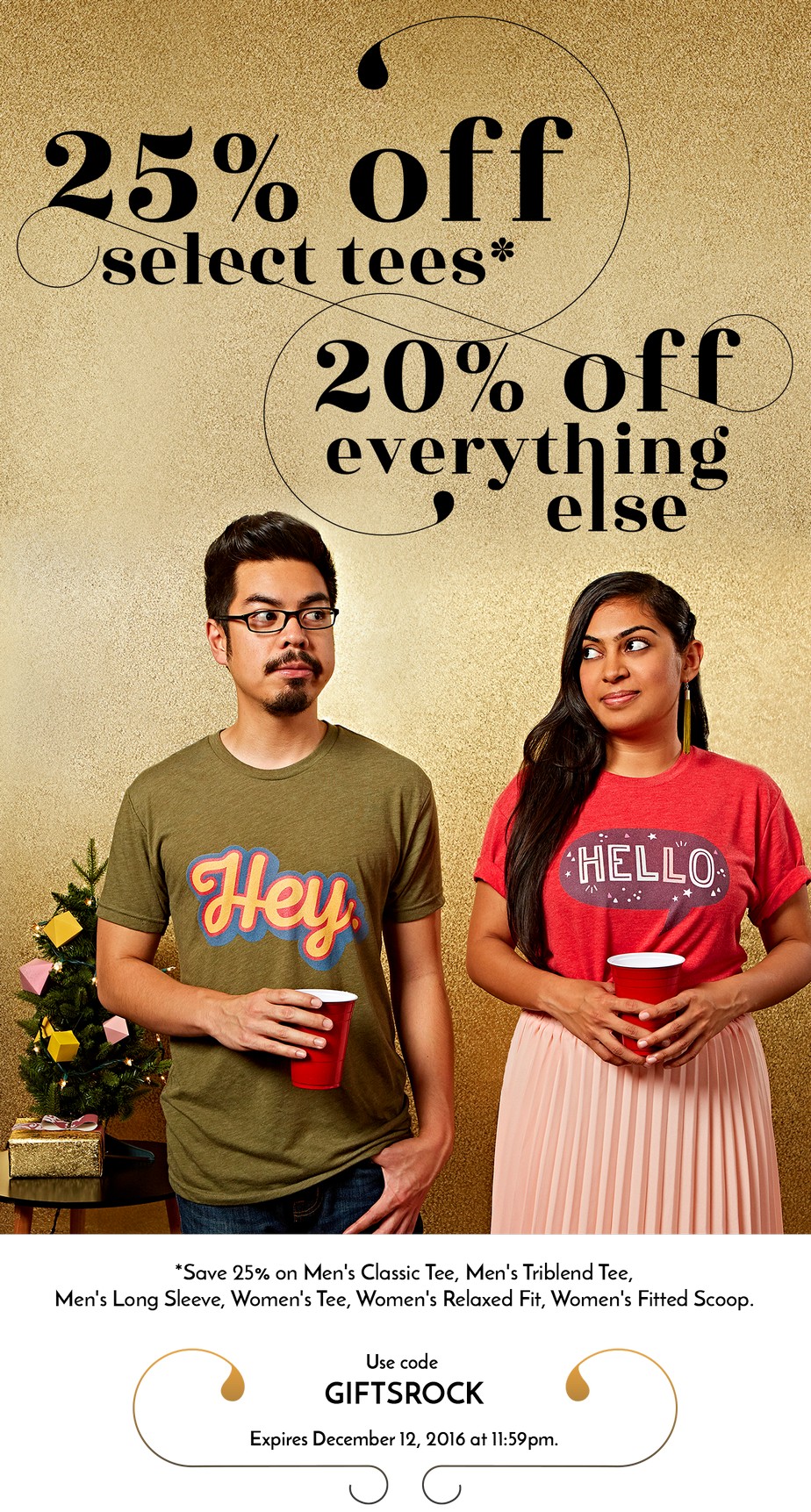