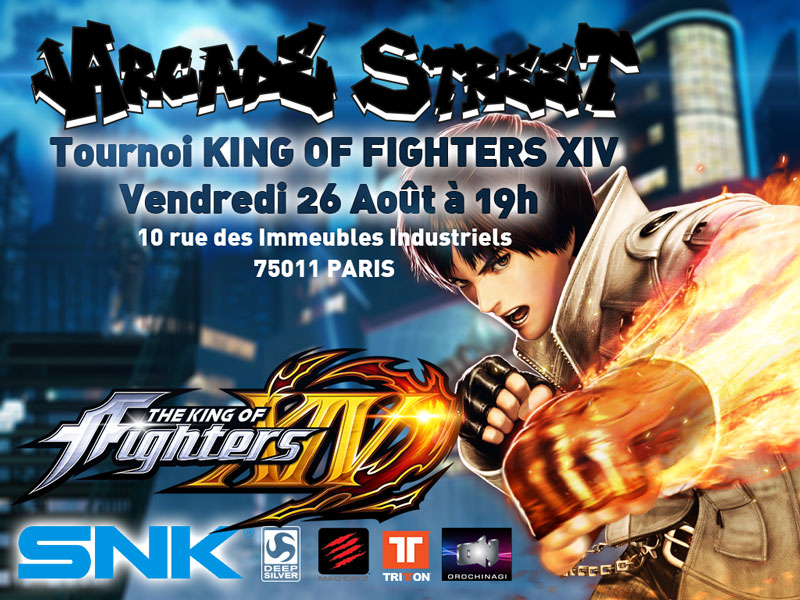 IMPORTANT: For the KOF XIV Guide:

Sometimes we have a huge problem with walls of text or too many videos. This tabbed version might solve the problem. But which works for you?

Or do you want the simple scrolling version, perhaps it will have more compatibility.  Note that the Ramon Guide doesn’t even have videos yet, so the page is set to become very long!

Some interesting footage are appearing from this tournament, including the return of POW mode from older KOFs!??  Whereas in 98 your character would inflict more damage, in KOF14 your EX moves would change properties and so with certain characters like Mature, you are safe to unleash.  Check out what happened between Go1 and SangeTencho! The whole night is still on the official twitch, otherwise you can find it on youtube.

Many thanks to Deep Silver for the support, consoles, banners and prizes.  Respect to all the participants and here are those who stayed till the end!

Video replays are only available to subscribers

The organisers had quite a lot to say about it:

“We were not short of newer players either, some of which were born after 1994, but holding just as much interest as their older peers. One young man had stumbled into the venue, wide eyed and full of wonder at the spectacle of an FGC tournament in full swing, and asked me just what was going on? He couldn’t have been any older than twelve, and reminded me of the first time I myself had wandered into an arcade at Southend (when there were actual video games in them) and spent my entire week’s allowance on the newly released Street Fighter cabinet, the one with the punch pads, and became hooked there and then. I asked the him if he wanted to jump on any one of the casual set ups, and his shiny eyed affirmative response was golden as he skipped off to play alongside another player who, himself, took the time to explain the game, and even let the kid win once in a while. He stayed for a good hour, until his mum, who was sitting at the other end of the venue, came to get him, at which point he thanked us and left, grinning wildly.”  Read More

Classic Rivalry came back again between the French and the English!

Here are the finals between ON.MichelS and UM.CVE.Supa!  Well done to both, with totally unbiased support for MichelS 🙂 and glory to Love Heart…………………..

More at the channel.  Check out ELF at https://www.facebook.com/eastlondonFGC/

There was also a launch tournament at Game in Stratford UK with an awesome cabinet!