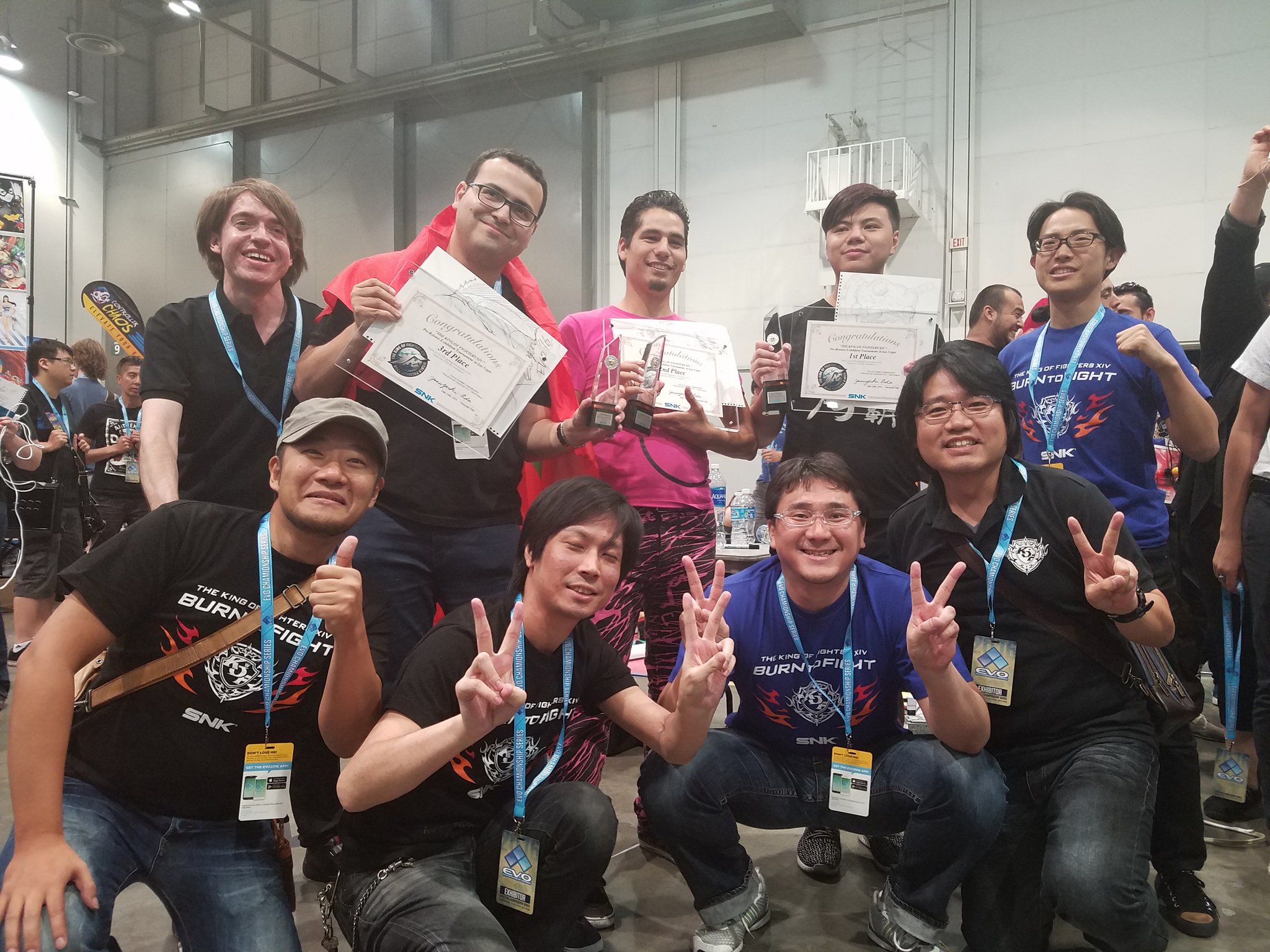 I know this is late but I was waiting for Atlus to put up their own videos from their stream. Suffice to say I’ve waited enough, it’s been a week and a half since Evo.

As the brackets wound down, more and more people gathered to watch the action unfold. Many were wearing gear to support the cause, donning Fatal Fury hots and wearing T-shirts emblazoned with the logos of their local King of Fighters teams on them. Several had shirts with huge block text saying KOF IS HERE AGAIN. As the final matches began, crowd chants of “KOF! KOF!” rang so loud that you could hear them far across the hall.

That’s taken from Red Bull‘s site, yes, even they covered it.  WE ESPORTS NOW BABY.  Here are some photos which speak louder than words.

It’s simple to say it was a success, but it could have been better.  The late notice didn’t help but the event still managed to attract competitors from all over the world.

There was also a fabled match that was meant to take place…  Oh well.

The Atlus staff could have worn a KOF shirt but instead they were promoting Persona 5, well, considering the hard work they put in running the stand and tournament, I guess it can be forgiven!

Well I’ve waited what I think is an acceptable time for Atlus to upload the videos to their youtube channel.

You can still watch them on twitch here
Watch live video from AtlusUSA on www.twitch.tv

If that is too much for mobile, you can watch the youtube version at Gatoray’s channel, which has clocked in 21,000 hits so far!!

Shout outs to all those lovely people who wore our shirts!!!

Here are some great photos from the event, courtesy of Atlus

And here’s an interview with NCG

Perhaps the last time we’ll see this game at EVO?