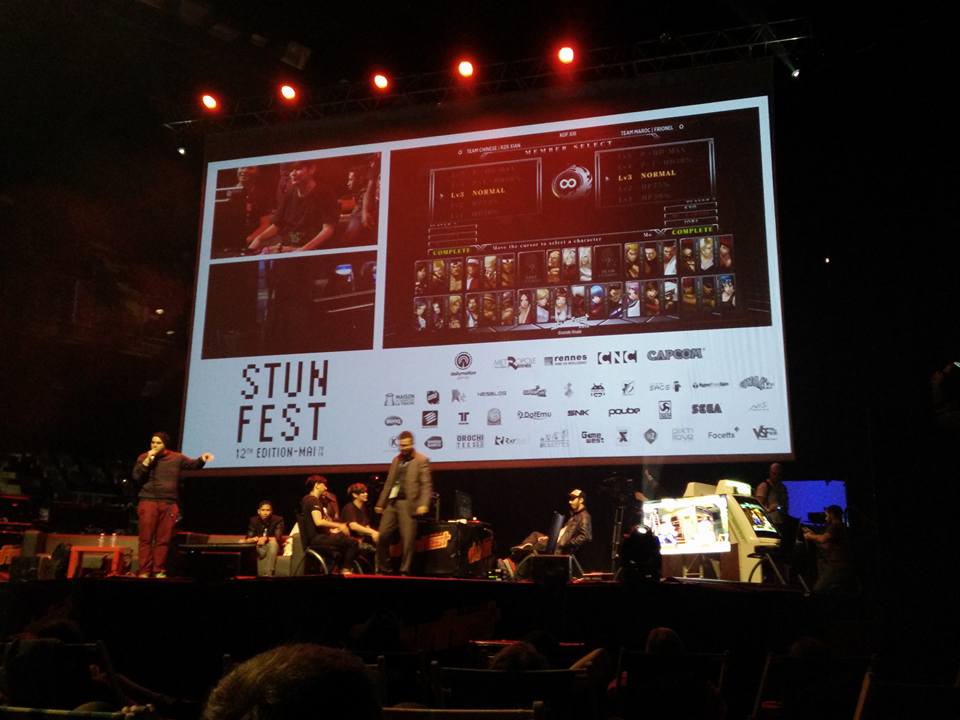 Report and KOF13 2v2 Replays below

In this first post of a series on the KOFXIV beta testing: A range of reports from the players, the high ranks, technical and players of other games!  Plus some videos from the tournament and a tier list!

Remember these reports are based on a BETA, issues were being addressed and improved, some of which can be seen in the 36 character build – check the part 2 of this report.

Tl;dr version: A lot of hardcore players are annoyed, upset or even angry about various (or simply lack of) character functions, and many believe the system should be changed to reflect older KOFs, regardless of whether this is a new game or not.  Is this fair?  No, it’s not, but their feelings cannot be denied!  We will try to assuage these fears with some explanations.  Ironically, most players did enjoy the game overall and had FUN, hoping the final product will reach their expectations. Will it though? Come Aug 25/6, we will see!  There is a huge potential here for a new fanbase, but could it mean a sacrifice of the older?

A minimum of 10,000 people went through Stunfest and as KOFXIV was near the front entrance, it was hard to miss, giving the game huge exposure. Now let’s listen to Yohann, Salad, DragonLordZ and Atma.

Yohann, all round gamer, also plays SFV and GGXRD and many types of game:

I like what they did with the ground play, on the other hand I don’t like the jumps because many characters are at a disadvantage.  Graphics are ugly but you don’t think about them at all when you’re playing.  The gameplay is new but it seems to be very harsh in the long term.  The max mode of one bar is completely crazy, much more damaging than using one super, especially considering how the duration of the max mode depends on the placement of the member.

I feel that at high level play, mistakes will be punished severely, much worse than in kof13.  I find Mai, Athena and Leona are strong. I see Kula as very strong. Choi, very weak, considering his gameplay is based on jumps and his jumps are especially floaty.  I really like Luong’s gameplay. This is a good character. However, I don’t think she’ll be top tier.

Regarding KOF XIV, I don’t feel disappointed to the point that I wouldn’t play it again, but I’m not hyped to the point I would buy the game day one either.  The rhythm is weird as f*ck (and please don’t tell me kof 98 was as slow as kof 14, played 98 @ stunfest as well, didn’t have the feeling that the fighters were on the moon). Jumps are weird as f*ck too, they really need to fix this.  Graphics could be a LOT better, but some stages and characters are ok.   The new maxmode system needs to be fixed, the damage you can get with one bar are ridiculous, and I also think it’s a pity that you can EX only during maxmode.   I hope they’ll improve this before the game is out or else I might not play the game a lot.

Indeed, speeds were already being worked on, as you can read about in the next report on the newer build.

It seems quite good from what I’ve played, max mode seems fun to use and pretty easy too

I like it.  It’s fun, the change focuses more on the actual high level KoF, you are forced to play it because the scrub killer parts of KoF have been toned down.  Jumps are slower, the arcs are different.  There is no alternate guard. You must stand to guard cancel. All supers give hard knockdown.  It’s more difficult to jump over characters for cross ups, they mostly have to be crouching and for a long time.   Throw invulnerability works differently and is very long on block and also exists on hit and from resets unlike 13.  Normal throws have less range than 13 by far.  Throw tech window is larger than 13.  Run stop is much faster than 13, more like 3-4 frames max.  I enjoyed it a lot more than my time with 13 at Stunfest. I think it is viable but I also think the game is a bit crazy, but in a good way for KoF. It’s fresh and interesting so I look forward to how competitive play develops.

Atma wrote up a more detailed report on Reader’s Gambit, which can be read here.

As for myself, Gunsmith, admin and player since 1994, I’ll quickly say that the jumps where floaty so I just stopped jumping until I was absolutely sure it was a good idea.  My instant air grab with Clark worked, so the mechanics behind the jumps were in place, which made me happy.  Atma had already found a safe jump, so it’s clear that while the jumps may look or feel funny, they are essentially the same.  If you’re not using Kyo and Iori, your characters feel very different, and while some characters feel weaker, there is a great feeling of something new, like a fresh new game should be.  We will have to play to find new ways (and there are many buffs that we haven’t noticed btw) to win.  I’ll talk more about this in the next part.

Listening to many players, I feel some of the complaints are valid, but some of these sound similar to those 98 players who didn’t like 2002, and those who didn’t like 2002um; and those who didn’t like KOF13 and so on.  It’s a new game, it’s unfinished, and we should look at the content with an open mind before passing judgement.  I do hope that SNK does pay attention to our feedback and consider the impact of making a new system.  It didn’t work for KOF12, but it worked for KOF13, yet some fans were still not satisfied.  This comes with the territory, as with GGAC+R to Xrd, with SF4 to SF5.  Choices must be made, and not everyone will be happy.  Good luck SNK!

Again, please note that while honest, these opinions are based on a beta version of KOF14.  For more opinons, including those on the 36 character build, read part 2!

Here are the final stages, after all the casuals and testing and tweaking etc, before they did final stages on the main stage.

Here’s the full playlist for casuals and pools on DailyMotion.  There are some youtube versions at the ON channel.