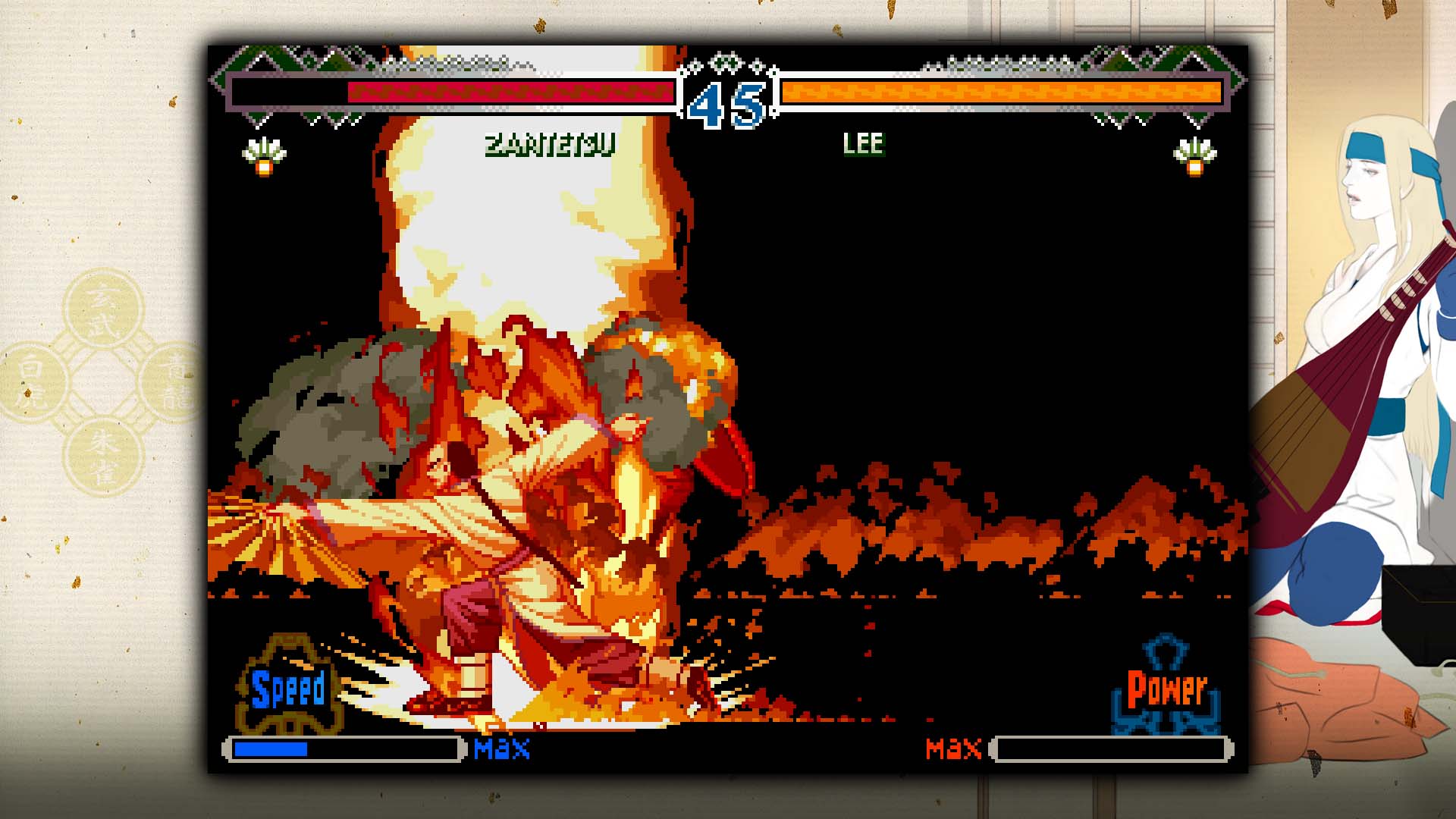 Ant Fu shared this video about an individual’s research into the reasons behind SNK leaving the Pachinko Market.  Albeit starting with a slightly disinterested tone about KOF itself, it gets going when talking about the legal changes coming to the Market ahead of the Tokyo Olympics and makes very reasonable speculation as to SNK’s decisions, compared to Konami, who are going in the opposite direction (although I thought it was headed to smartphones?).

So this image started floating around

But Frionel has found the shots used to create the fake.

Last Blade 2 on PS4 and Vita

The game will be cross play and cross save, with netcode confirmed as being handled by Code Mystics (responsible for the recent SNK Steam ports), whether this will help with people bashing away on a poor wifi signal has yet to be seen – a complaint that many SFV players have right now (but at least they have people to play with, right?)

We aren’t sure the hand drawn art will look so great in 4k, but surely this will look great on a vita and make those journeys in the mornings oh so painful for those trying to sleep next to you! 😀

The game seems to come with themes for the Vita and PS4, using perhaps one of the most emblematic images for the game, instantly recognisable to anyone who knows the series.

Let’s not forget, it’s Thursday tomorrow – will we get another Trailer? We’re running out of characters!!!!  Who will be revealed next?  Stay tuned!  Here’s the schedule for next showings of KOFXIV

For the latest updates, please check our twitter or facebook accounts, it’s a constant stream of cra- er… news.