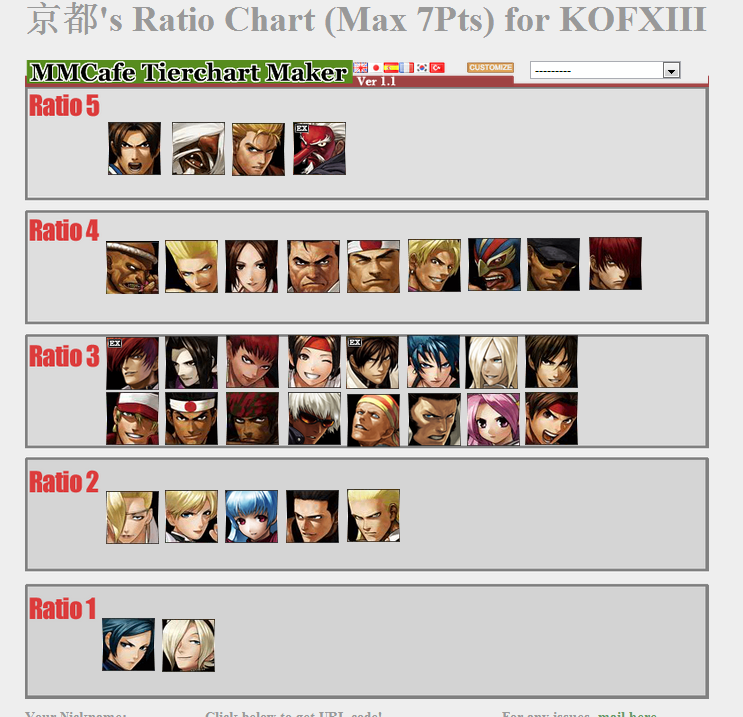 Arcade Street will be staging tournaments with KOF13, Third Strike and CVS2 on 27 Juin.
Be there!

A recent tweet from 777 had some tongues wagging, particulary about Robert’s placement but what got my attention was the proposed use of a 9 point system.  The normal ratio charts work with a maximum ‘score’ of 7, so that normally meant one top tier character and two low tiers.  Marc Doogan from the Scottish FGC brought up their 9 point system, which allows for a bigger range and seperates the levels further (causing more arguments about who is stronger haha).

Frankly it’s all pointless and depends upon where you live and the popularity of characters. Ratio charts should only be used when you are tired of seeing the same characters in every team. What do you think?
And now for an image round up for those who missed the spam on facebook.