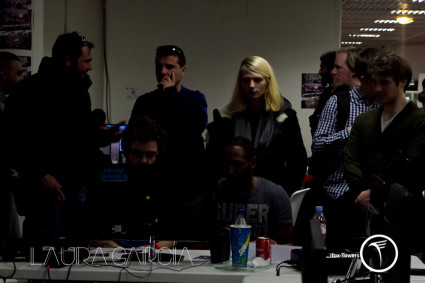 Why did you go to Ivgc?

Supa: I went to ivgc for mainly 2 reasons to see friends who live in France (aka Gunsmith and Rickyo) and to see, as small as the UK scene is, how well we could compete with the rest of the world.

Problem X: I went to Ivgc because it was an opportunity to play a range of players and characters .

Roatse : Being not 1 year into playing fighting games I wanted to go to a prestigious fg event to enjoy the competitive spirit with some friends for the first time. WGC 2013 certainly gave me the impression that IVGC would be competitive and commercial enough (and cheap enough location-wise) so I made the trip regardless of my expectations of my performance!

I’mStillDaDaddy: I went to ivgc this year to up my offline game and win the event. What I did know, I enjoyed it last year so wanted to go again.

Roatse  – Yes. I didn’t expect the tournament to be within a gaming convention though, maybe that made the event more inclusive and less competitively intense.

Problem X: It was kind of what I expected as this tournament was known as world game cup previously, so I know how it roughly runs .

What do you remember, a week later?

Roatse  – All the cool people I met (PBM, Bubblan, Shaman etc.) Tenrai vs. Tahar, food in Cannes, KoF at the hotel and how to play with the soul.

I’mStillDaDaddy: what I remember a week later is meeting a lot of nice new people and some old faces from online.

Problem X:  I remember my match with Dieminion as I done some really good stuff in that much , and the big counter hit combo I did against Ryan in the final as that was for the tournament .

I’mStillDaDaddy: the best thing about ivgc was becoming more closer to people i knew and that are boy from UK Problem x won it and we won 5v5. worst thing was that no one saved (the footage of) me kicking Dieminions ass 3.0 in that money match with guile lol.

Roatse  – Best: Enjoying time with players at the hotel/outside the venue, if we hadn’t broken the ice there I probably wouldn’t have been as comfortable at the event. Worst: Communication problems with the hotel in regards to solving our late arrival and our bill. The hotel created these problems and solving them was complicated due to bad communication.

Supa: The best things were meeting players such as Frenxi, Martin, Bubblan, Shaman, Bala and Salim. Especially Salim and Bala those guys are great! Worst part of the trip was the first night were Tenrai made us walk 1hr and 15 minutes to find the damn hotel -__-

Problem X:  Best part was winning ssf4 singles and hanging out with all the Irish guys. Worst part was losing in the 3v3 I felt we could have won that.

Problem X:  I want to learn kof and play in those tournaments as that tournament supports it really well.

Roatse – There could have been more KoF setups for casuals. They were removed when there wasn’t a KoF tournament running so we couldn’t play casuals aside from the hour or so before the morning tournament began.

Supa: I would like to of seen once the tournaments had finished some KOF set ups still available. It seemed that once the 5 v 5 was done and the Singles KOF got no love and that’s not cool man. 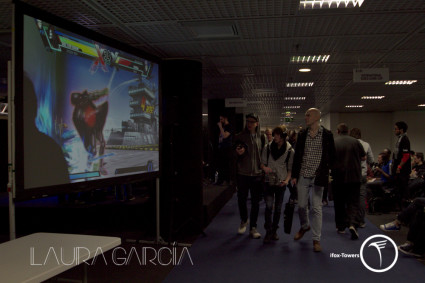 Problem X: I would definitely recommend going , and I will go again as I gotta defend the title right lool

I’mStillDaDaddy:  I’m going there every year so I’ll be back.

Roatse – I would do both. This event met all my expectations, if the quantity/quality of player competition remained the same or better then I’d make all possible efforts to attend in 2015. Hopefully this reply does justice to how much I enjoyed my time in Cannes.

Supa:  I was going to retire after this event but it has actually made me hungry to improve! I would recommend anyone who has an interest in fighting games to go whether you are new or just looking to test your level of play, it will certainly benefit all. You will definitely see me at Cannes again as all as KOF is there that’s forsure.

Don’t forget FINAL ROUND & Apocalpyse in Paris is this weekend!

SNKPLAYMORE are giving away Beta Keys, Steam Codes and more! To find out when, follow them @SNKPOFFICIAL