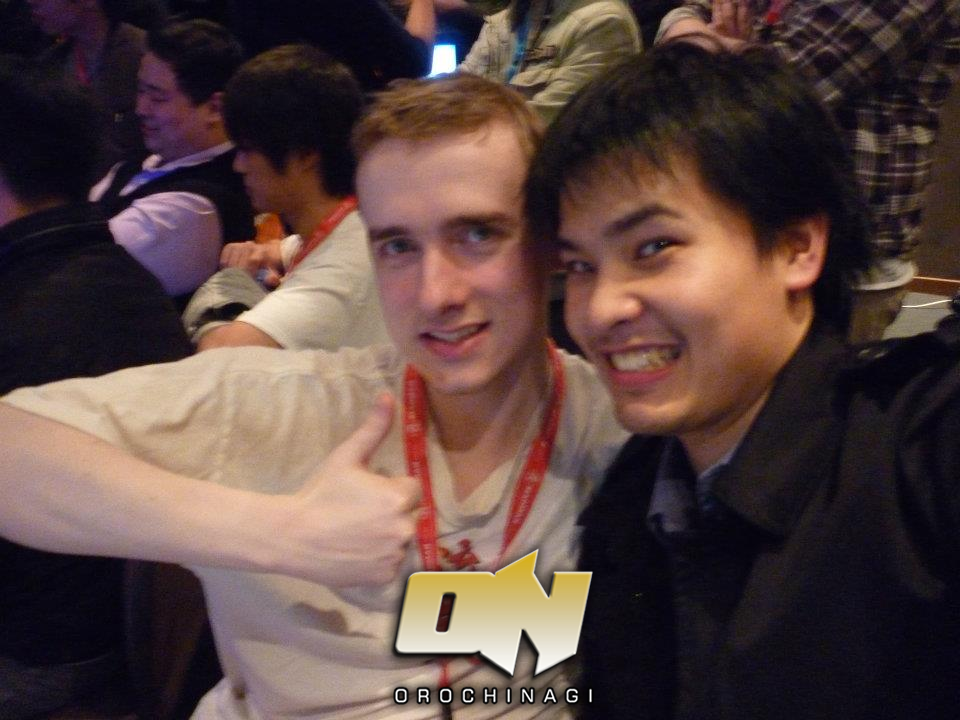 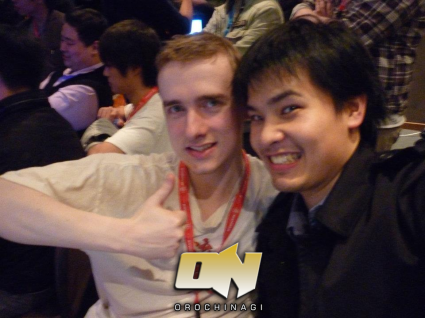 A UMvC3 and KoF XIII player hailing from USA, I was able to get an interview from DjHuoshen and his experience at this years Shadowloo Showdown 2012. An all round nice guy and a passionate player, be sure to keep an eye out for him.

DC: Hi Chris. Thanks for taking the timeout for this interview and I hope you are enjoying your time here in Melbourne, Australia?

DjHuoshen: Thanks for interviewing me. I had a blast in Australia, which was pretty much expected based off the first time I met Ali and the Shadowloo crew. When I came down earlier to Australia, it was really fun, so I knew a second trip for SS2k12 would be even better, and it hasn’t disappointed me in the least.

DC: What he been some of your highlights outside the SS tournament? Any things you found interesting about Australia that you would tell you friends back home?

DjHuoshen: Some of my out of tournament highlights was my luck at the casino, in part thanks to the Honzo Gonzo hat, which gave me EX Whiteboi powers (as deemed by Team USA).

Unfortunately I didn’t have enough time to do much else since I had to return to America for work and cut the trip short, but I wish I could have hit up the zoo.

DC: Ok, so tell us abit about your gaming history and other games you play.

DjHuoshen: I’ve been a gamer pretty much all my life, but a casual gamer until very recently. I was big into RPGs for the longest time (FF6 is my favorite) but I did get my first FG competition at an anime convention with Guilty Gear X. I saw this game that looked real pretty, picked up a character and went with it. Until Street Fighter IV, I remained pretty casual, only competing at anime con tournaments in games like GG and the Naruto series on the GC but never at a real FGC event.

DC: You breifly mentioned that KoF XIII is your first serious KoF game. What got you into it?

DjHuoshen: KoFXIII is the first KoF I’ve ever played in depth and the first I’m getting into competitively. Thanks to a lot of interest from my friends and some push from the local scene to check the game out, I gave the game a shot during the location preview at Otakon 2011 and had a lot of fun. I really enjoyed the pacing of the game and the fact that there are options for everything with all characters, so no matter who I picked, I’d be okay.

DC: Did you follow any of the other KoF games previous to this one? If so which ones?

DjHuoshen: I’ve never really played KoFXIII in depth beyond the random Neo Geo arcade machines at the local arcades that I used to go to. Other than that, my only experience with the KoF cast was in CvS2 before KoFXIII.

DC: What is your training regime like from when you first picked it up. Has it changed?

DjHuoshen: Before I even started playing KoFXIII, I was recommended by a vet to check out the DandyJ video. The video itself was very insightful on the basics of footsies in KoF. When I first started played, I simply went through trials to kinda figure how the character acts and feels at a basic level. While some of the trials are not 100% the ideal, they gave some good insight on what could be done with characters. From there I really got to know each character’s buttons that I was going to play. Since knowing how to anti-hop and poke were essential (as highlighted in the DandyJ video), I made sure that I wasn’t trying to play King of Combos and more King of Footsies.

At this point my training mostly consists of weekly practice events I hold at my place to keep the KoF scene going locally and to give myself better practice. I have really good players around me (HAV, Steve H, Jaguar, Zerp) so I definitely have a good area to learn from.

DC: I saw that you took a game off Poongko in casuals which was great. What are your thoughts on playing him?

DjHuoshen: I played Poongko in a quick set and I did take 2 of the 3 games we played off of him. When he picked his characters I just stuck with my guns on what I’ve learned from the match ups until now. Comparing him to my scene at home, I didn’t feel intimidated playing him at all, since I could handle the poking and I was familiar with the match ups minus Kim. The games themselves were pretty close but it was definitely a positive experience in the sense that I could hold my own in a casual set against a skilled player like him.

DC: Talk us through your games into top 16. Any standout players or things that made you go “woah!”??

DjHuoshen: The set vs Ash to get me into Top 16 was pretty intense. Again though, I focused on my gameplay and how I was going to stop him. I enforced a lot of Bs with Kula and then I stuck out that s.C with Terry to enforce my game. When I got that corner HD combo in Shen it felt really good to play a solid game and come out with a victory in a pretty convincing manner.

DC: After your exit from the comp at the hands of Justin Wong, anything you learnt that you need to work on?

DjHuoshen: When I went down to Justin after losing to Tokido, I was pretty frustrated. I felt like I wasn’t able to play my game at all vs Justin and my execution for that day wasn’t there at all. After both the Justin and Tokido match, I realized I need to do better with anti-airs by using uppercuts. VS Tokido, I’d trade with a c.C with Kula against his jCD and I’d be forced into the corner where he’d bully me into mistakes. After talking with Justin, he also suggested I’d work more on some of my KoF poking, since whiff punishing is hard to do in this game with certain buttons.

DC: How good were the finals! I know you were doing a great job commentating on stream for the finals, but did you think xiaohai and dakou lived to their kof names?

DjHuoshen: Honestly after watching Xiaohai and Dakou play against Tokido, and watching Dakou struggle against Tokido, I think KoFXIII has yet to be mastered by anyone. From what I can tell, the closest thing to a master player, in the sense, would be Bala. For me this means that EVO is still pretty open on who can make top 8, much less who can win, and I’m gonna work even harder so I can walk away from EVO with the victory when I go up against tough players like Mr. KoF, the Answer and Reynald in the tournament.

DC: What KoF major you will be attending next?

DjHuoshen: I will be attending the Drive Cancel event on the east coast on the 12th of May, then I will be attending a local event before going to UFGT this year. I hope to see better and better results with each tournament as it will be my indicator that I’m continuing to improve.

DC: This concludes our interview. Any last words or shoutouts?

DjHuoshen: Shoutouts to the MD crew, shout outs to Jaguar for pushing KoFXIII so hard. Shout outs to Steve H and Rugal B, who have been my OG guides in KoF and fighting games in general. Shout outs to Xanadu, without that place I wouldn’t be half as good as I am right now. Shout outs to ANIME. And shout outs to Ali and everyone who was involved in Shadowloo Showdown, that event was awesome and expect me back for SS2k13.

Special thanks to Chris “DjHuoshen” Miller, Colonov, Orochinagi.com and the Shadowloo Showdown Crew and community. 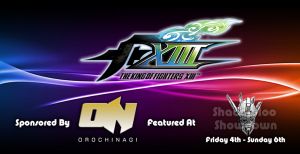 His matches against poongko can be found here