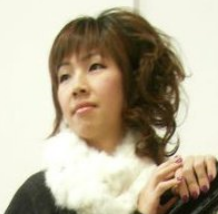 You may remember Cristina from SVB 20-X, where she competed in both KOF2002um and Tekken.  She was at gamerbase at 98x2002um and told us about XIII from her recent trip to Hong Kong, which you’ll find is in direct contrast to Zero Niiro’s…

How is kof XIII doing in HK?

Apparently~ kof13 was popular when it first came out,
but by the time I came to hk, kof13 scene is kinda dead.

Ouch!  Is that all over HK?

To be honest, I don’t have lots of info for this game.
I only saw 1 arcade that has it and it does get played regularly.
Same for 98um too.

Any other KOFs getting played?

Most standard kof player in hk still play the old 2k2 and
it does get rinsed in any arcade. you can always find good challenger
in any arcade on this kof.

Interesting….  so what other games get rinsed?

I would say other than kof, gundam vs series got rinsed most,
but due to the latest version only able to run in japan only, so the previous ver. Gundam vs Gundam next is the most popular in hk.  But it depends on the arcade, different group of players will go to different arcades too.

Sounds like the arcade scene is still going strong.  Is there anything else to do in HK?

hmm~ there is quite a lot of options outside arcade,
Gourmet; shopping; karaoke; cinema… Etc are easily done in hk
and shops usually open till late like 10 pm at least, so the night life is pretty good in hk.

There are a few areas in hk that are good for club & pub.
It usually open till late like 4~5 am, so party people can also have fun in hk too.

Did you do any shopping?

Mostly clothes, since there are a lot of places for shopping &
shopping is cheap in hk ( unless you go to some high brand shop),
I bought lots of clothes.

other than that, a few games for console.

Then I spend most money on food.
cos Chinese food in hk is just too good~

Where did you stay?

I stayed with my grandmom when I went back to hk,
She lives in Kwun tong, she also have a old house in prince Edward, right next to the main shopping area~great location!

Lucky!  Thanks for your time and hope to see you at the next tournament!

*Cristina also went on to mention how K’ is just breaking the game – it looks like HK doesn’t use the ratio rules.  Unless SNKP patch K’ and Raiden, Orochinagi tournaments will be enforcing these rules.