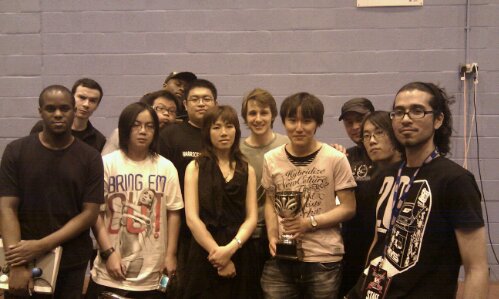 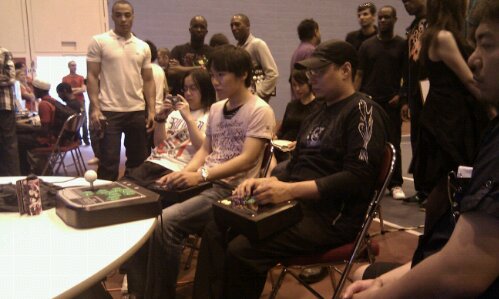 sorry for the downtime, upgraded the site software, and just like last time, it was working when I left.

With London Transport problems, the KOF final 8 got reduced to 6 with two no-shows. Because of late attendance of most of the others, we missed our spot on the main stage. However, the final match will be squeezed in after GG.

Very annoyed, but at least Kuso is filming and I will provide commentary for the finals.

Update: There’s been an upset! Tim119 has been knocked out of the finals by 1UP, who will go on to face Bata at the finals!

Update: Since Giga D needed to go, we skipped the big stage AGAIN and got it over and done with. Giga vs Tim: some great zoning with Joe by Giga but Tim’s Kasumi got in the Hsdm to take the win. Kuso has the vids, up soon.

Update. and the winner is…. with some serious K’ pounding…. BATA.

Video with commentary up soon.

Managed to tune my camera to phase out some of the flickering so you can see more of Bata’s tactics during some casual matches.

It’s a stamina thing, entering a tournament, and I’m pretty much dead. Lol.