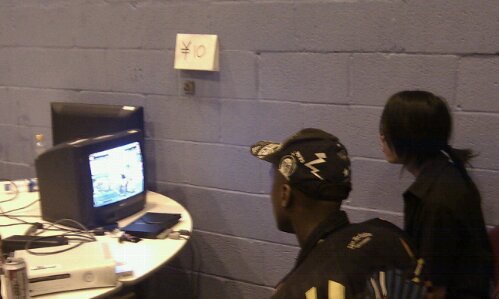 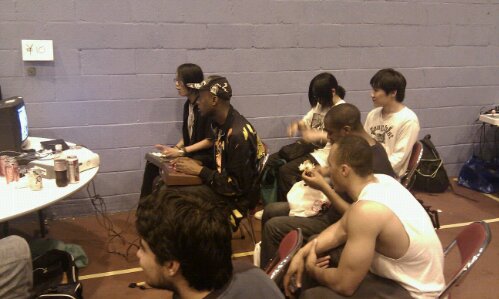 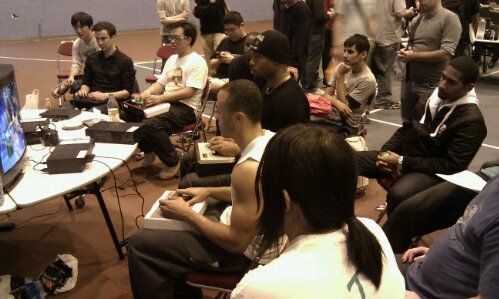 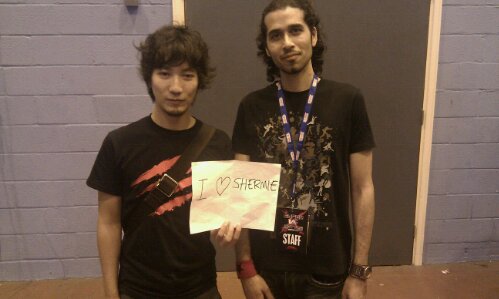 This is why Daigo deserves respect!

Yesterday, Tim119 was mashing everyone up at BBCS, using Mu12, and she’s not even allowed in the tournament.? When he did use Bang… it was… nasty.

Today we’ll have the second group of BBCS and start the groups for KOF 2k2UM.

I did get a bit of footage of Daigo playing SF, but, sick as he is, it’s the same old beasting.? I saw some other matches which were much more exciting, Mokoto action being the obvious choice for any KOF fan.? Only problem is Balrog, and then Ryu of course.? And well, top tiers just get boring.

Edit. Best pic of tournament!? You can now click on Daigo’s pic to examine his expression of er… love

Kof player BATA is here from Japan! And he’s good. Actually there are a few good players! Hard to film crt tvs because of the flickering 🙁

In the groups I judged, Cristina and 1up, Bata and Deacon have gone through.? Bata san is the favourite although there is still Tim 119 and a guy from France, apparently real good. Justin has also been sparring constantly with Bata…

I did enter a pool group, but crashed out, losing all my matches; deservedly so for not practising or warming up.

19:00 so groups are over and … we need a kof set up. Gunsmith and ZeroNiiro to the rescue. Although as you can see, we had probably the smallest tv in the arena! Why ?10? Ahhh if you don’t know, HEY! don’t ask ;p

Apparently Ono and Justin Wong are here. Seth Killian and Honor were also spotted. SVB is certainly THE European tournament to go to.

Oh, I managed to get one video of Windton (TW) vs Bata (JP).