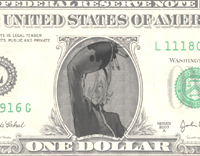 Got this in the mail today.? To celebrate the launch of Ignition and SNK Playmore’s new XII website, they’re holding a competition, the winner of which will get $1000, 2nd place gets $500 and 3rd gets XII + console of their choice!? It seems all you have to do is enter your fanart!!

Read on for more details.

?The King of Fighters XII marks the fifteenth anniversary of the franchise, and the game?s website captures and celebrates this milestone with an iconic, graphical style,? said Shane Bettenhausen, Director of New Business Development, Ignition Entertainment USA. ?In appreciation of the enormous and loyal The King of Fighters fanbase, we are also excited to invite fans and artists to enter the Official Fan Art contest as part of the website launch.?

??FIGHTERS: This section showcases the rich character designs, histories, and stats of the entire King of Fighters XII lineup.?

??BLOODLINES: A visual history of King of Fighters over the past 15 years, the ‘Bloodlines’ section presents character art, box art, screenshots, concept work, and more in an animated scrolling timeline.

??FIGHTER’S FORUM: A haven for users who want to discuss all things King of Fighters.?

??MOVIES: Watch King of Fighters XII in all its 2D next-gen motion glory.

??NEWS: The number one source for all news related to King of Fighters XII, including updates on the game’s release, previews, reviews, exclusive tournaments, developer blogs, and interviews.

??FAN ART: The ‘Fan Art’ section provides an outlet for the artistic talents of the die-hard King of Fighters fan community, serving as both a gallery for fan artwork, as well as a portal to upload artistic creations.

ABOUT THE KING OF FIGHTERS XII:
The legendary 3-on-3 fighting game series that united rival brawlers from SNK PLAYMORE?s classic arcade franchises celebrates its 15th anniversary in style with The King of Fighters XII. The King of Fighters XII showcases over 22 beautifully hand drawn characters and will feature four robust modes of gameplay that include Arcade, VS, Practice and Online Battle Mode. For the first time in its history, this epic martial arts showdown has undergone a complete graphical overhaul.? The antiquated character sprites used over the past 14 years have been dropped in favor of all-new, high-resolution fighters fluidly animating across painstakingly detailed, 100% hand-drawn backgrounds.

ABOUT IGNITION ENTERTAINMENT LTD:
Ignition Entertainment Limited is a UTV Media Communication company. Ignition was created by a core team of gaming industry veterans with the purpose of building upon their successful track record to develop and publish within the international games industry. You can find more information about Ignition Entertainment Ltd. At www.ignitionusa.com.

ABOUT UTV SOFTWARE COMMUNICATIONS LTD:
UTV Software Communications Ltd. is India?s foremost Media & Entertainment Company with leadership position in four Verticals that includes Motion Pictures, Broadcasting, TV Content and Interactive (i.e. Animation and Gaming). Listed on the Mumbai Stock Exchange with the Motion Pictures business listed on the AIM, London Stock Exchange. Walt Disney Inc. holds a strategic stake in UTV. It has subsidiaries with offices across India, the UK and USA. More information on the group is available at www.utvnet.com