How to win fights [ KOF ALL STAR ]

THIS PAGE IS NOW OBSOLETE- PLEASE GO TO THE NEW MINISITE 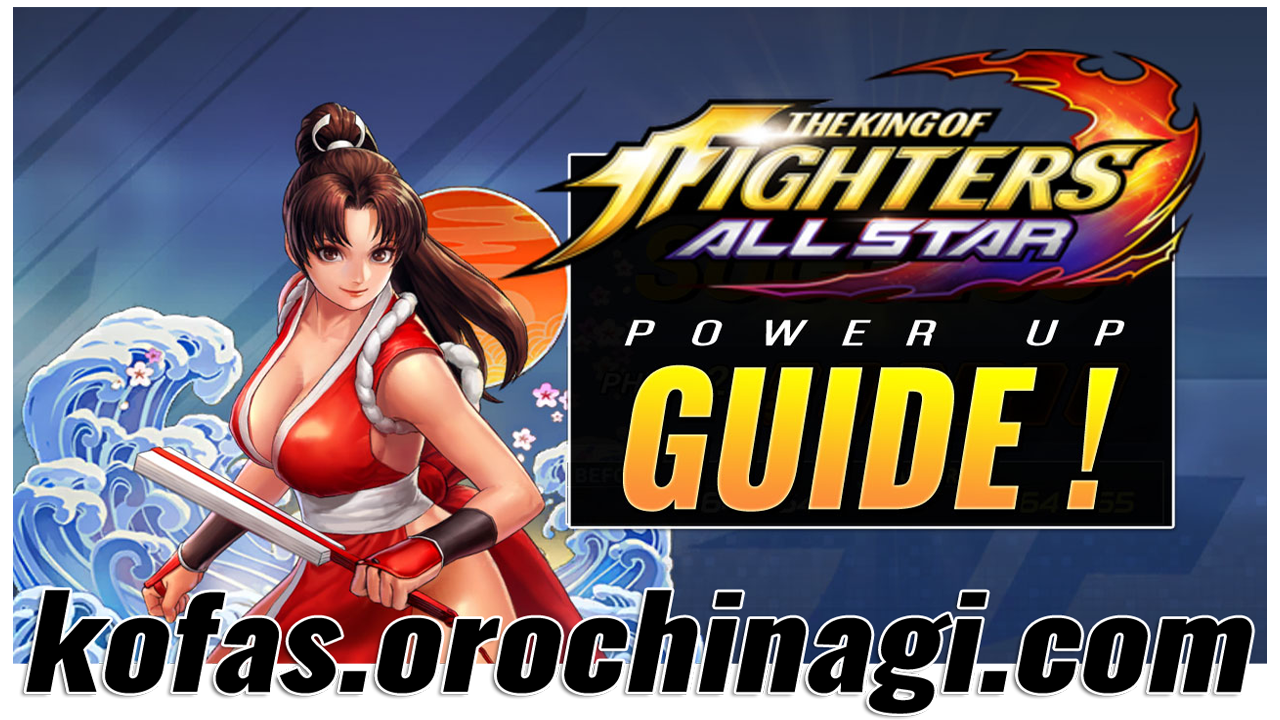 KOF ALL STAR is a fighting game but it will feel very unstable in player Vs player (pvp) and tournament matches because of the way moves cancel but in the end it’s a simple matter of choosing when to attack.

In Solo mode the system is quite typical of fighting games, you press the attack button a few times and three character will perform a combination of attacks. You can press a special move button at any time. You can cancel (interrupt a move) a special into another. You can use your finisher (a super special move) in the same way. You don’t have to use a special before using a finisher. And you can do either independently of the other.

In story mode you can go around and just beat up the opponents as you walk around the area.  The bosses and sub bosses usually give you a visual warning before they do a special move.  This is to be avoided…

If you look at the right side of the screen you will see first of all a colour.  Here it is blue.  You should choose either a strong character or a one that wins using the leverage system.  Here it is is purple (Shermie).  So she has the arrow pointing up to display her advantage.

The next points are the conditions you need to meet in order to win the rubies as a bonus. Here are some tips

If you don’t have a strong element character, the first thing to do is select a supporter of the leverage colour.  Then beat the boss until they are nearly knocked out, then and then call in your supporter or tag in your element to finish them off.

Just put them in your team and don’t use them

Clear with all X element / type

This is the hardest quest.  You’ll need one strong character to carry the others…. there’s no other way…

These points really do make a difference… these are made of your overall power.  But in terms of auto mode, it seems like it makes the CPU work more efficiently.  Don’t expect your CPU to play smartly when you have the message as above.  You’ll definitely have to take manual control. And without leverage, it’s going to be a huge battle.

Yamazaki adds 535 to Shermie’s total CP. If you have a bad leverage character, use them as a striker!  Unless your main is very strong, the leader should have the leverage advantage. This usually gives a huge damage bonus.

Note that you can boost your CP from your striker.  Make sure your leader has the leverage advantage.

This mode is strictly on a one dimensional plane.  You can only move forward and backwards and you cannot jump.  These modes feature in Arena, League and Friendly pvp modes.

Usually a fight starts by 1P (the first player) doing a move to hit the other. If 2P (the opponent) is hit, then 1P can continue hitting them, by cancelling into another move. If 2P blocks, then they can punish the attempt, unless it has been cancelled into another attack, where then 2P is hit.

So the game is to guess when the cancel will happen, and if the opponent waits too long, the situation will start over.  Special moves inflict damage even when blocking and the time is ticking.

The usual fight in solo mode is where the computer (CPU) will attack with a full combo and then the player can simply punish.

Leverage is the system where a color gives you a weakness against one colour and a 50% damage increase against another. Make sure you are not on the disadvantaged side.

This is the classic 3vs3 system. The game begins at the countdown screen because once you choose the order, it’s fixed, but this means both players have to try to put their characters in an order that doesn’t put them at a disadvantage due to the leverage system.

Once the match begins, the players simple battle until energy of all fighters has been completely lost.

Strategy 1: Try blocking until the opponent has done all 3 of their special moves and then attack them.

Beware of supers, remember they need to build this up with succesfull attacks.

At higher levels they will penetrate your guard so you will need to roll away and try strategy 2.

Strategy 2: you need a special move that is fast and hits the area in front without sending your character into the other or into the air. Mai’s Ryuenbu or Yamazaki’s snake arms are good examples.

If this hits, combo it with your other special moves.

League is the hardest tournament because you can tag out (swap fighters), so you need to be paying attention all the time to leverage.

Strategy 2 is a definite recommendation.

When your CP is low, it’s definitely recommended to take manual control.

THIS PAGE IS NOW OBSOLETE- PLEASE GO TO THE NEW MINISITE