The opponent has a blue icon. The arrow up does not mean they are stronger, it means they will get hit for 50% more damage because of LEVERAGE.

There are three types of fighter

So far, these are only used as a requirement to pass quests, they don’t seem to have an advantage over each other.

The game works with colours. Be very careful when starting a stage!

So Red beats Green, Green beats Yellow etc, anything else is neutral. 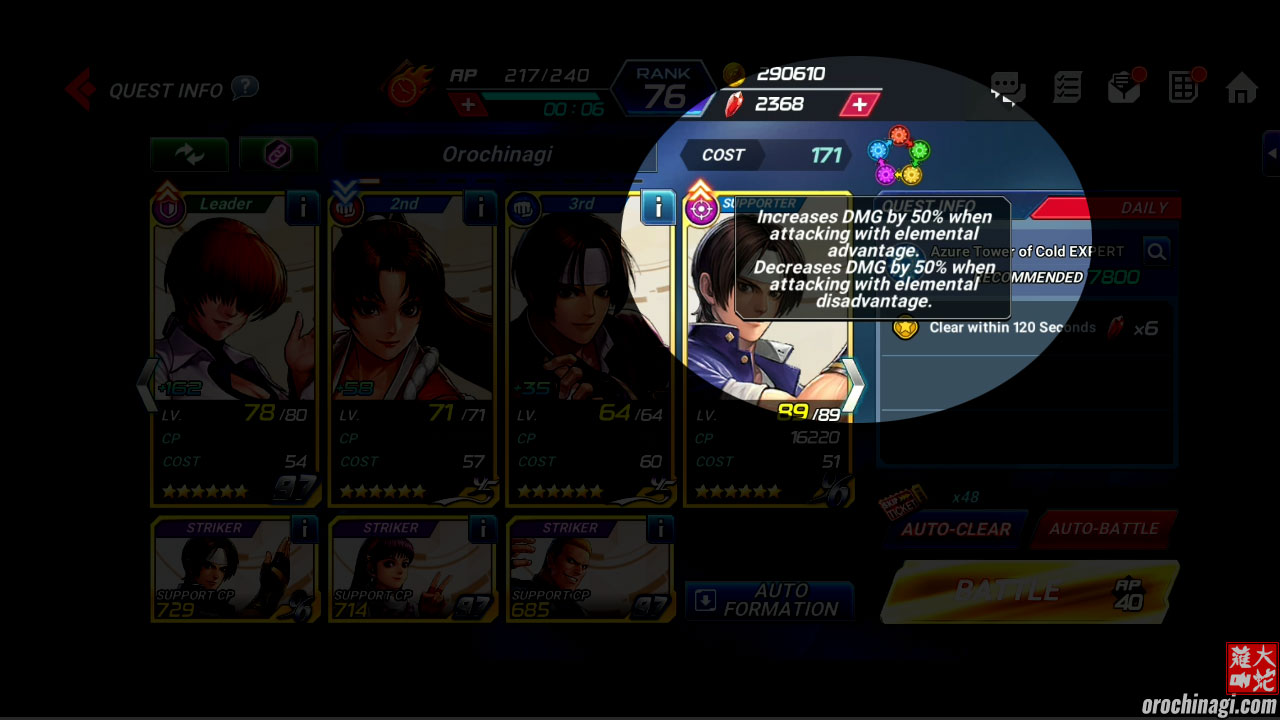 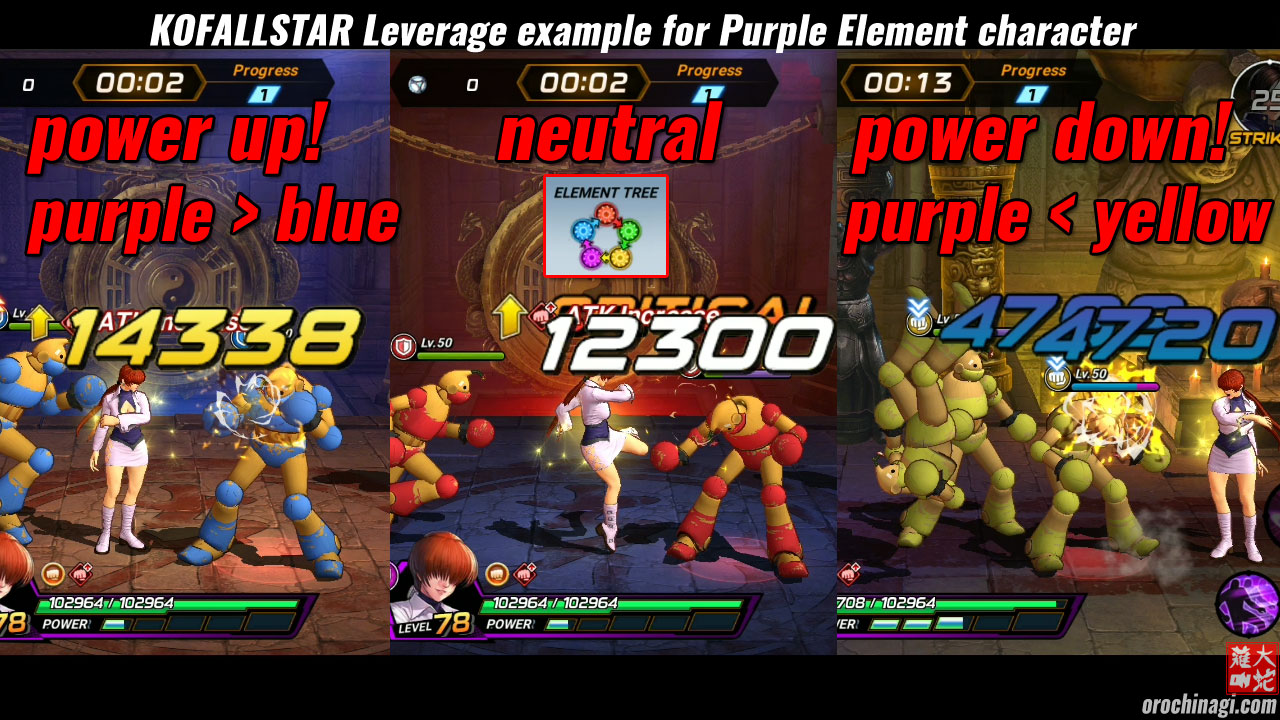 If you have blue character and you get hit by a purple character, they are going to hit you with 50% more damage!!!!  If you are super strong, it doesn’t matter lol.

Keep this in mind when you try to clear story mode too. 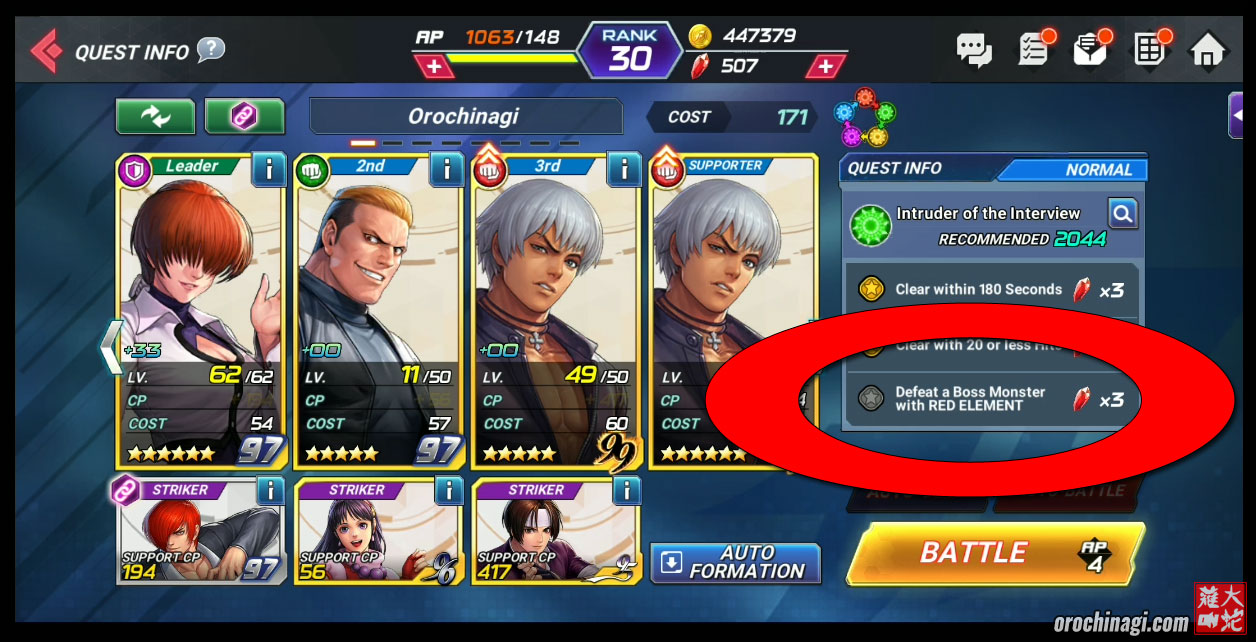 With leverage you can beat the levels when it tells you your CP is too low.

Using a real time example, ’97 Athena is level 69 with all cores but no buffs. Her CP is 9057. With a level 80 buffed Shermie she gets 1060 bonus. So that’s 10k CP. KOF98 Chapter 7 episode 2 on hard mode advises you to have 16K CP. With leverage, even without a supporter, Athena can solo it easy on AUTO, and she doesn’t even have her action card. AND the level 76 boss will get STUCK and STUNNED.