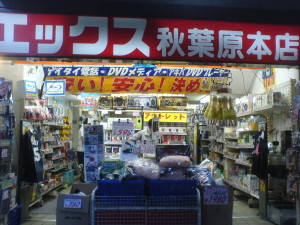 If you can manage to get through the station and not lose your bearing, Book Off is probably the best place for older used console goods.  Of course there’s random bargains in other stores, but overall, Book off has been very good with prices, compared to Trader on the main street.  Ekutsu is cheap and has more risque anime figurines, such as Sonico.

Note: Across the road from this used to be a shop called DS Time where I bought a stick for something ridiculous like £14, however the exchange rate was really good at the time.  This year I was in a rush and didn’t recognise it.  If it is there, go check it for sticks and older console goods. 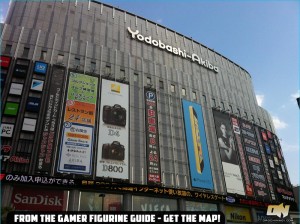 I don’t know what happened, but this used to have a huge range of anime figurines and mecha. They still have some, but it’s certainly cut down.  If you’re not already exhausted, it might be worth a look; Yodabashi sells new products at the correct price. 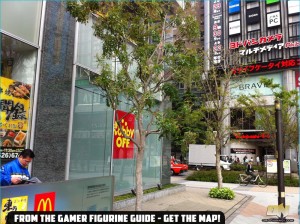 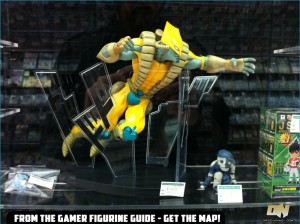 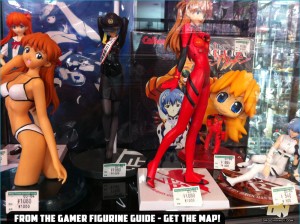 Probably in the worst location ever, it has a great range of dolls, figurines, vintage toys, mecha, software, you name it, and a whole load of junk.  It’s highly recommended, unless you don’t like used goods.  I found Persona sleeping masks/ blindfolds here for cheap! Note that when you sell something, it’s automatically classed as “used” even if you never touched it. 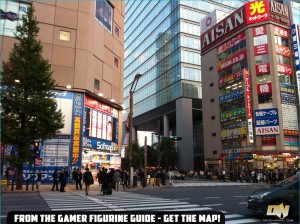 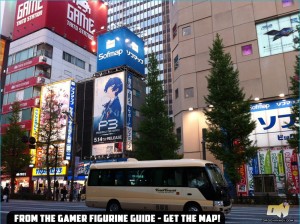 I didn’t like this store.  Now I’ve seen the 2nd hand floor, I like this store. The smaller stores probably hate it.  Competitive prices and a dedicated floor for 2nd hand goods (did I mention that already?) which are in great condition. Book off is good for older console stuff but for new (used) games, I would come here (and Trader).  I found Jojo on PS3 for like… nothing. 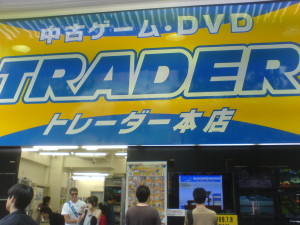 Across the road from Don Quijote is probably the best place to get newish used console stuff.  Always a big bunch of used sticks and music controllers here.  Trader will sell the stuff that Sofmap won’t, such as scratched consoles. Trader has quite a few stores, I got a PSVita Slim from the Shinjuku branch for 14000 yen because it had a 1cm scratch on the back… 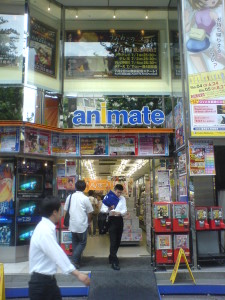 Huge anime store. Lots of mainstream stuff with some older stuff lurking around. I found lots of Blazblue crap here that I couldn’t get anywhere else (even Kotobukiya), like postcards and bookmarks and bus pass holders.  Next to it is Toranoana which errr is mostly Japanese manga but hey, lots of H doujins etc if you want. 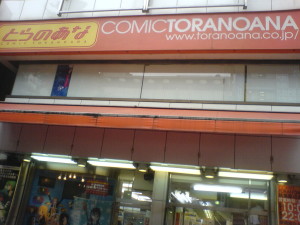 Everything, and things that look like they are on the verge of being counterfeit. 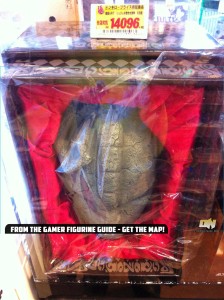 You can’t miss that penguin.  And what’s really odd is that you find some rare stuff inside.  Don Quihote is like a supermarket… a great place to get cheap drinks and snacks… and pretty much everything else.  Perhaps apart from Anime lol.  BUT I did find a Persona Junes Coffee mug here and the Jojo stone mask. Wth.  Some real bargains here too, and cheap ass crap. Got my jojo lighter here and only found it here! 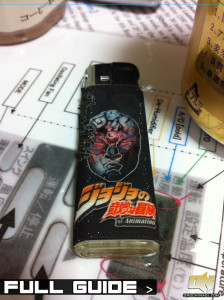 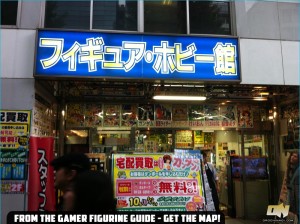 Still my favourite store, for prices of fighter game figurines and gashapon.  There are also older anime and other game figurines, like 3 floors out of 8. I rinse this place out every time I visit, which is probably why you can’t find anything.  Note the catcher machine to win a PS4 is probably a scam lol. Compared to the flimsy crane machines for figures you’ll find in Taito hey etc, it was so easy to catch 4 capsules, yet they all contained booby prizes. 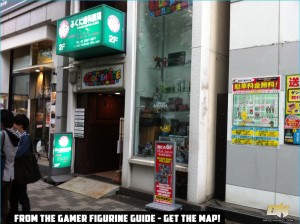 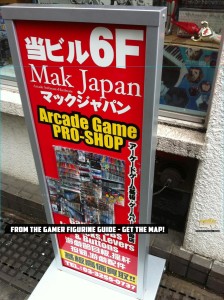 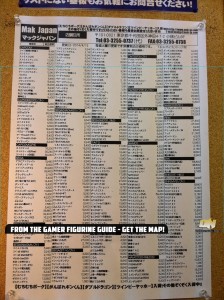 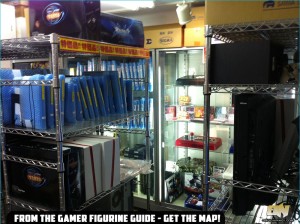 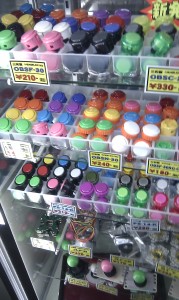 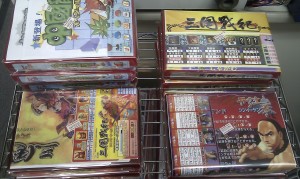 TGA is still there and has loads of old old vintage toys for crazy prices, but not as bad as Mandrake.  And… it’s a bit tatty lol.

Mak Japan has moved from Excelsior Cafe to G-front and is currently above TGA. This is where you get your buttons and sticks and cheap carts.  There is another arcade parts store near Kotobukiya (Shop #14 in this guide), but the prices are the same.  Note that Mak Japan sells sticks, carts and arcade boards while the other just sells parts.

That should do you. Now go home!  No? Ok well, I should mention a couple of things to help you out. 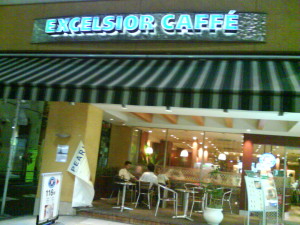 This is marked on the map without a number, from Don Quijot, cross and turn right, walk down to the next block.

(You may notice it’s next to a side street which still advertises Mak Japan on the 6th floor. It’s not there!!!  There are some anime figurine shops up there though,  surprisingly…)

Of course there are a billion maid cafes, with even some maids speaking English, but if you want just a normal starbucks type place, this is it.  It also has a very nice electronic toilet.