The Struggle for Information 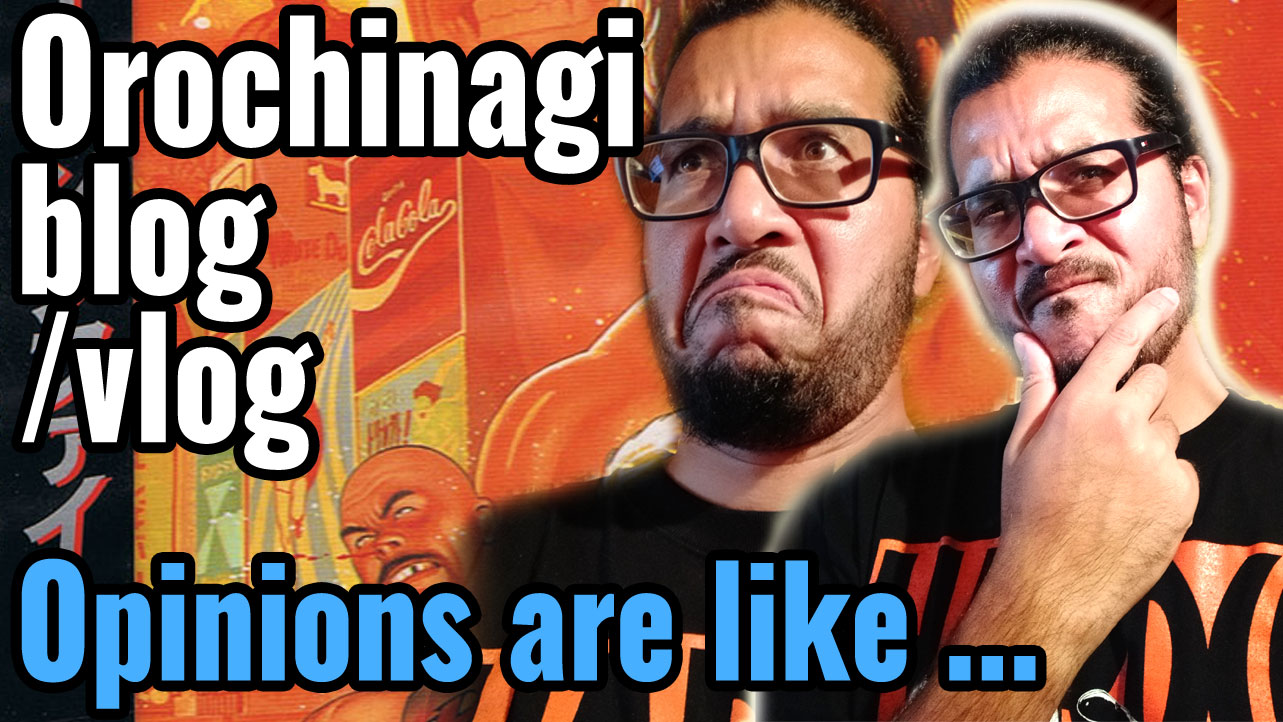 The Struggle for Information

Today a few people lamented over how wikis were in danger of being left to rot, in favour of chat rooms. This is a truth, however it affects the community rather than the mainstream, and the community benefits more from interaction compared to a static text file.

As the release of KOFXV draws closer, the community is wondering how we’re all supposed to keep information in one place so that we can all get good at this new fighting game. My unpopular but real af answer is that there  simply isn’t one. People just suck way too much for that. When I say suck, I just mean, can’t be unified.  We will have private chat rooms, social media platforms, wikis, websites, google docs, video sites and to a much lesser extent, forums.  All the info that we need will be split, regurgitated, stolen and repurposed across those channels; in several languages.

The last time we had several wikis (circa 2000s lol rip), there were basically two or three people actively updating them, all day every day.  To do that, these people were reading through mailing lists, chat rooms, other wikis (hello Japan) and forums and just copy pasted the juicy bits.  Some of these people couldn’t write, to make something clear to anyone.  Pages got bogged down by combos that were simply not necessary.  Images of inputs dotted the page like morse code.  I wasn’t suprised that people had  visual and then mental issues going through it.

Editors often believed in quantity over quality.  That made your wiki page the best, at least in looks, but wow, overloading visitors with a billion embedded tweets wasn’t really functional.  Orochinagi’s wiki got hacked by bots looking for love, and then frankly I was getting annoyed with being the only person to really work on it, so I didn’t bother re-installing it.  There was an agreement to share info with other wikis, so some of it lives on, and of course, the credit-less work remains in some people’s heads, where they can explain it in chat rooms or youtube tutorials, or just steal it and shove it in a google doc somewhere.  And that’s one of the things about wikis that I suspect contributors hate: when you’re one of the people who work their ass off to update it, after a while it gets annoying when people say “oh the x wiki is so good” when the owner of the site did jack all, so it’s no surprise then, when authors just prefer to post their findings on their own social media account or just wait for people to ask them questions.

Well consider this, until very recently many of the wikis on SRK and Dreamcancel didn't even have frame data, they just linked to Japanese websites that listed them. That would be like if Wikipedia linked to sources but didn't have the info itself in the article.

But you can just add a credit, someone smart will say, but that’s lacking in foresight, because when you see your name for writing 20 pages next to someone who wrote 1 line, as an equal, just let me know how that feels just super.  Then there is the respect, or lack of it, for copying another wiki’s info into yours. Nobody wants to go through 3 clicks to get info, apart from the person who wrote the info in the first place.

Yes ok, some people are selfless, and will do all this work for the love of the game, or the community, or just because they have bundles of free time, I don’t know, but what I do know is that wikis take time and a web host costs money (free hosts are great if you want someone else earning from your work), and while it’s great that people can find them via search engines, and that the info is more or less immortal, nobody sees or appreciates the authors -there is no human element.  The reader simply grabs the info and skidaddles back to their controller – there is no comment left, no like button pressed, and no interaction.  For the younger generations especially, I cannot see any motiviation for them to invest their time in a faceless wiki.

People need appreciation, and that’s another reason why chat rooms and social media channels have an edge over wikis and forums.  However they also have their own issues.

Imagine walking into a chat room and asking for the optimal combo for x character.  Someone, if they didn’t already look down on you for not using a search engine to find this in the first place, could simply refer you to that webpage or wiki.  Easy.  On the other hand if you wanted help on the match up versus a character or advice on which character to pick, then that is when you need human interaction. This is when both parties enjoy the experience, unless one is an idiot, or worse…

But we're 2 worried about the rat race & clout chase to understand it.

I'll be abandoning community effort soon because these are issues that I've been talking about & doing stuff for FOR AGES & all I got was shit thrown at me and being ignored.

I'll put myself 1st next.

But sometimes there are idiots, timewasters and trolls inhabiting chat rooms, making for discomfort and intrepidation for players to enter.  It takes a login, and often some strange ritual to even start typing, not like the old days of webchats, IRC, etc.  Wikis don’t need anything bar a browser and they don’t care which.

Still, with live interaction, usually there is a thanks and maybe even an addition to the community. This usually happens with forums, social media, comments on videos etc. It doesn’t happen with wikis, and even if it did, the authors usually won’t see it.

Another way to look at it is that some people don’t want to be part of the community. Some people, a lot of people, are playing a game for a few weekends, not for life. This is when wikis are needed and community is not.  On another hand, as I am an alien with several, there are videos and social media channels where you could join a completely different type of community and just ask a social media personality.

The biggest problem with personalities, and the social media they ride on, is that every post is veritably yesterday’s news. Whatever question you asked, that thing got flushed away with all the other crap spouted by the hordes who were chatting about whatever.  As a new person looking for the same information, good luck sifting through that, not that you would, you’ll just ask the same old tired question.  It’s a nice live public interaction with someone ‘famous’.  And you gave them a like. This is, imo, tremendous, for the content creator. It’s even better than a thank you in a chat room. It’s a public, residual, mark of approval. That shiny badge that doesn’t really mean anything but everything in terms of clout. So even if this creator has to repeat the same thing to the next viewer, if they get another sub, they are super happy. That there’s a motivation. Of course, not everyone can set up a stream and have the nerve, charisma or patience…

Wikis are needed, but I don’t see a lot of people volunteering for the thankless work, much like how the actual Wikipedia is updated by a relatively few people.  And what thanks do they get, apart from getting told on social media that they ‘unsuprisingly look like a fat nerd’? It’s a hard life, so what is needed is proper crediting and appreciation, a new type of social media wiki, where authors can be tracked, and contributions weighed.  Even then, the issue of shared content and click theft is a thorny issue and frankly people need to rise above needs of the few and think about the needs of the many.  However, ‘the many’ won’t help you pay your server host bills and they don’t care who you stole the data from, the visitors will come, consume, and leave.  Ethics are a heavy question for the creator to shoulder. For those who want to love a game and meet like-minded potential friends, immediacy: chat rooms, social networks with buzzing notifications are what will help the community grow fastest.  So we’re back with a huge mess of networks and channels to deliver the same information.  That is what is needed, there is no single solution.

I personally won’t be letting anyone take advantage of my work or my server.  Contributions are welcome and credits will be given but I’ll be taking that ad revenue to pay these bills.