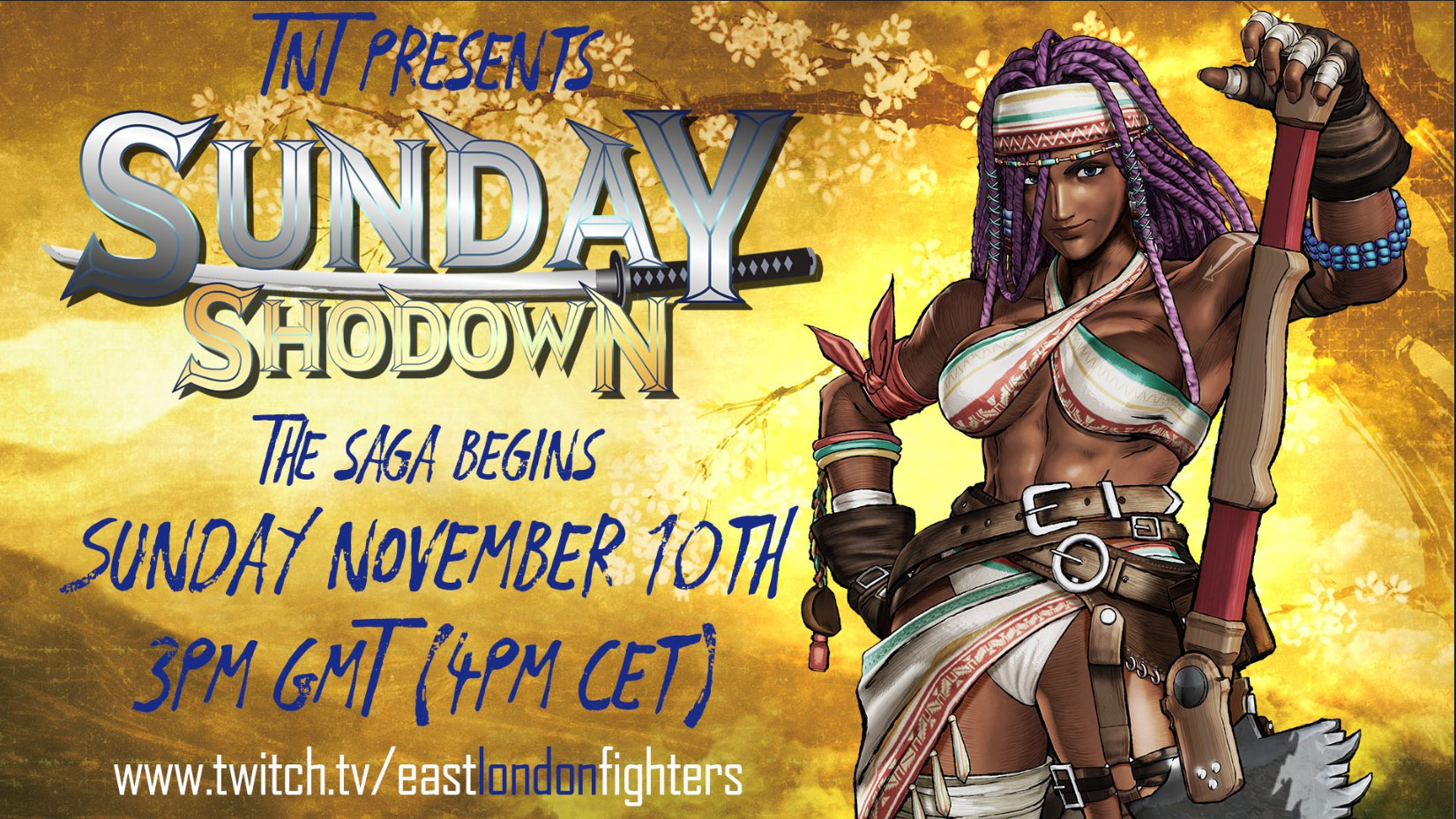 In Europe? Ronin Rumble too far away to join in? Ok!  ELF has set up a PS4 tournament series for you, every Sunday for a limited time!  There are also tournaments by Lemmy on XBOX!

It all started when Geoff asked us where he should send Europeans who were trying to join the Ronin Rumble, which of course is based in the US.  So I reached out to the community, and Grimulus of the ELF responded with a mighty new setup with a rotation of international casters and a matcherino.

How to support and boost the pot

Fan of #SamSho? Want more ways to #EmbraceDeath? Then join #SundayShodown because it was made exclusively for you, the #EU fanbase!

We're all excited that #SNK has returned to #TNTUK!