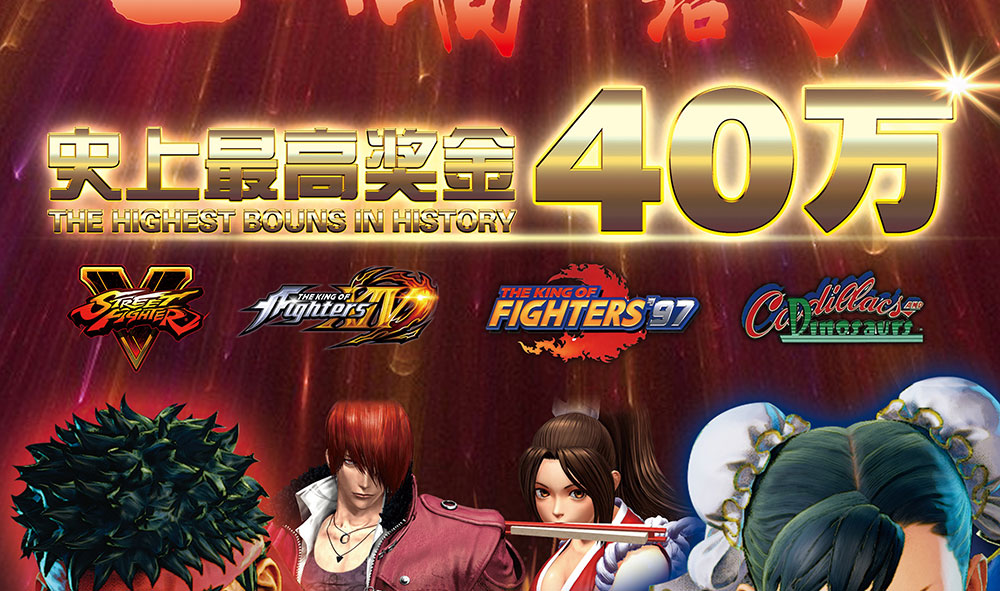 You wot? Yup.  Four hundred thousand (400,000) RMB.  Well, that’s the combined prize pot, of course, but last year the pot for KOF97 and SFV was THE SAME…. So if they divide these 4 games (Yes that’s Cadillac and Dinosaurs) that means 15K per game.  Which of course then gets split into top 3 or whatever.  That’s still around say maybe 7k for 1st place?  Is this the highest pot in history?  Btw, it’s bonus, not bouns, but anyway, $_$ … Wait, what?  Where the heck is this money coming from???  Well it is sponsored by Douyu (so you can guess who’s obviously going to be there) and some other companies….

And you just happen to be good at more than one game…. that’s a whole load of money coming your way.

Did we mention KOF97?  You know China is the place to be for this game.

While there is talk of inviting players and using the pot to do so, Freezer has already shown interest!

Date is still to be confirmed: If you can read Chinese the info page is here

Thanks to Charles for the heads up

U league3'sTotal prize money has four hundred thousand RMB(60000$)Do not know who will be invite to U League? pic.twitter.com/TkHGxHfKQT