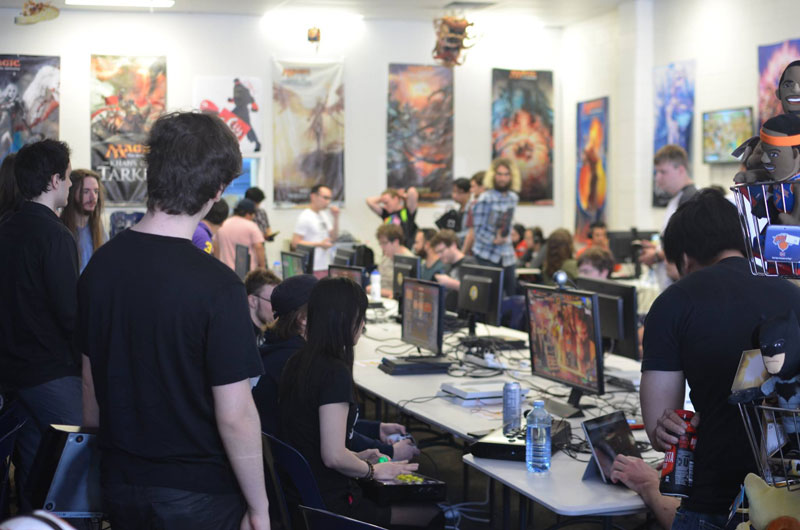 Colonov has been interested in Angel since her announcement and plays her with devilish glee. As everyone knows, getting knocked down by Angel is the worst thing that can happen while the best thing is to knock her down without stock. Both situations came to pass with some Yolo anti airs from Baxter in the finals to put a stop to Angel’s mix ups. And then there was Baxter’s Verse. Nobody was ready and it showed- and I will have to check a few things that surprised me! The new characters bring so so much to the game, it’ll keep us busy and happy for quite a while.

You can read the full report here, as written by Taj Garou, which brings us to our next announcement:

While you may have spotted him on our ads, Taj Garou (in the red lol next to ON.Colonov) is in fact our newest addition to the ON team, joining us mainly in operational function, helping out the community as an organiser and media facilitator in the Australia region.  We hope you will join in welcoming him!

You should have seen these by now but since this is a tournament roundup, here’s the official youtube replay of the second SNK World Championship event, featuring Xiaohai et al.

The web televised tournament in Japan went down today, with Oda in attendance, featuring Koukou and more.  Here’s the replay, please let me know if there’s an official youtube channel.  Winners received the first batch of tshirts!

Very surprised to see Koukou going with Mature Vice and Iori, dropping his Kim.  I was personally very happy to watch the games as K’ and Robert were weakened yet still strong and we could see more skill required to use them. The finals had none of that repetitive cheap style of play, so perhaps this is the end of complaints?

The real star of the show is SR’s Gang Il, so if you wanted to pick up some tips, it’s a recommended watch.

Last Night of the Nakorurus

The last stream pre patch was fun with some much needed experience versus Dobiq’s Hein, who will be even better post patch!

As long as the ddos attack sells down…

And we have a special page setup for it!

Check out our new stream page!

Showdown in Italy with the first clash at KOFXIV with the patch!  How will they fare?  Don’t miss it!