From DreamCancel.com by KCO Pedro:

“In anticipation of Winter Showdown 3: Dream Cancel Cup Finals, KCO Pedro will be doing several Live Q&A Steam sessions with some of the players that will be attending the tournament. Along with the Q&A, each player will do a FT5 with Pedro, so expect to see some KOF action.

First session will be going down tomorrow at 8pm MST/ 9pm CT. The KOF Texas crew (TxC.ON|Vicio, QH.TxC|Sendo and TF|Straywolf) will be joining the first session. Catch the stream here.” 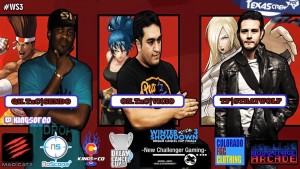