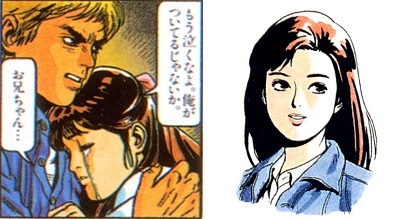 A translation of “All about KOF ’94” has surfaced, and as this publication probably came out in 1995, that would make it 20 years old.

In it, the developers reveal their plans and ideas for the characters, and you will notice some striking similarities between this original idea and that of kof14! This marks perhaps a real reboot for the series and perhaps is an indication of what they really wanted to show us 20 years ago, without the limitations of hardware etc that they had then…

Check out the details on prisoner team and then read the rest at the link. You should also check out the article on AOF too.

In the first stage of the development, we wanted to add another “criminal” character to Chang and Choi’s team, which would have been the “Prisoner Team.” But due to various circumstances, we added Kim instead and made it the Korean team.

This was also criticized at first, with people saying, “hey, isn’t it weird for Kim to be on a team with these two criminals?” So we came up with the idea that Kim is trying to rehabilitate them.

By the way, as for how Kim initially met Chang and Choi… one day, Kim happened to be watching the news on TV and saw that Chang had broken out of jail. Kim thought to himself, “I must teach him a lesson!” and went out into the town in the middle of the night in search of Chang. Also, it was then that Choi tried to attack Kim, but he had the tables turned on him by Kim, and Kim ended up making Choi a member of the team too.

Early in the development he was a far more brutal, villainous character, but once we teamed him up with Kim, we mellowed him a bit.

His first design had him in your typical striped prison clothes, but creating all the graphics with that kind of a striped pattern was too difficult, so we changed his outfit to plain white cloth with a skull and crossbones mark. But that also turned out to be no good, so we went to the even simpler “tunic and chains” design.

For Chang’s super move, Wild Ball, the designer was totally out of ideas and only tried this move out as a kind of last-ditch attempt. But it got a good response from everyone so we left it as his super. By the way, in Chang’s backstory, he learned this move by watching and imitating Kim’s Phoenix Kick.

Read the rest of the translation here

The AOF article is here.

Kudos to shmuplations for this fascinating work!