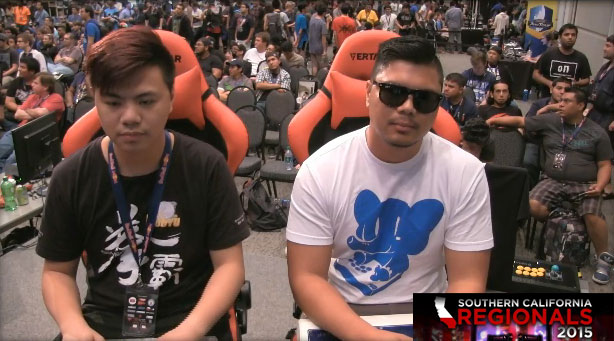 Replays first. We recommend watching the twitch replays in 60fps of course, but if that’s not possible there are some choppy YouTube replays below.
Tekken starts
DOA at 2:17
KOF at 5:06

If you have problems watching full quality video, you can watch the KOF finals on low quality version on youtube here.

We will have KOF pools footage up next!

Here are the KOF brackets, which haven’t been completed but oh well it’s ok we have the results underneath.

Thanks Krons Knot for the photo!

Well done to all competitors, and it was great to see the Evo champ Reynald back again with his swag style, but perhaps a bit rusty…

Xiaohai showed that even the best can lose due to lack of match up knowledge (go Maxima!) but as an Evo champ himself, proved his worth, adapting to the threat and dealing with it without breaking a real sweat.

Vicio in top 8! He needs to sharpen that blade called Vice and his toolbox will be complete.

Misterio is urm… proven.  He’s confirmed best in the East and the West.

We could stretch it to say, ok, now he has to go to Japan and fight M’ on home ground.

Xiaohai is organising a tournament in China, December 31, if you remember Yacheng Cup, it should be awesome, with the best of the East attending.

And perhaps Misterio too!

This Sunday will also see the return of, er, the start of Maximum Impact Glasgow! Take that opportunity to crush David Cameron with your bare hands!

FALL5 / FALLFIVE offer only runs till Oct 13!!! Ikari double sided shirt will be removed from the store! LAST CHANCE!