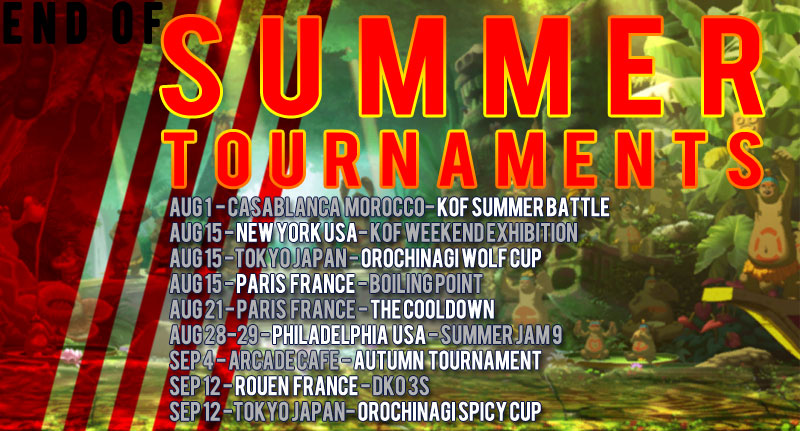 Salim will be visiting Arcade Cafe again, so if you’re nearby, you should definitely check out the competition!

Freezer and Frionel should also be there! Starting 10am local time- here’s the clock!

Check out this page for all the stream info and brackets etc.

Check out this KOF art inspired by the French classic by Delacroix.

Do you want to motivate people to play the game you love? Buying prizes is expensive! Of course I’ve got some STEAM codes to give out to thank donators via lottery, each dollar is a ticket! If you’d rather get more for your buck and give, buy a Tshirt! Thanks to everyone who donated and are helping the scene!

We are glad to announce the release of a new update to “METAL SLUG DEFENSE”, from today for Android devices and soon for iOS devices, with new Units, Special Missions, and a Special Event which will reward players will limited-time Units! * Total amount of downloads of the game on iOS and Android (with the exception of China) *This number doesn’t take in account several downloads done on the same user account.

1) Special Event Free all the POWs held captive in the special area to be rewarded with a time limited Chopper Unit from the “Regular Army”!

check out our designs in the meantime! EVO discounts end this weekend.

“METAL SLUG DEFENSE” has been already downloaded more than 24 million times since its release!