Atma is at it again! With his KOF XIII Frame Data Expasion!!

Atma is at it again! With his KOF XIII Frame Data Expasion!! 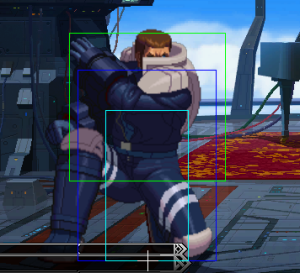 Questions, corrections, or new imput(s)? Please send him a tweet!

Cannes Note: GGXRD is on PS3

Uhhhh should I pick this up? Uhhhhhhh

Come rain or shine, there will be a KOF98FE tournament on Sunday.  STAY TUNED

Out on Android now with IOS coming asap!

#MSD is back today on Android with a new update including more areas, units, and missions!! pic.twitter.com/gBGZvIAizX

?BEAST BUSTERS feat. KOF? is back today on Android in a new update with more stages and skills to enjoy!! #BBKOF pic.twitter.com/hfRur4GuEM

So Sega stepped up to try for a piece of that anime pie.  And they’d be stupid not to!  In the first week, GGXRD on PS3 sold about half that of the original Persona Arena.  Why? Persona has a fan base far extending the fighting game.  You think those fans know anything about Roman Cancels? Doubt it!  Sales of DFC will be very interesting because it is literal anime.  Most players can recognise at least one character.  Well, if they watch anime, that is.  But on the other hand most of this anime is import/fansub stuff (I could be wrong here), yet some of these anime titles, while unlicensed, are hugely popular.  Will these fans go out and buy the title just to play with their favourite character? I know at least one girl who will even try fighting games properly just to play, the only thing holding her back from the import was the lack of subs.

And yeah, it’s coming to EUROPE TOO.

Sheesh, UNIEL is out soon!

Will you be part of history??? There are some cheap flights via http://www.cheapflightairs.com/#/ and skyscanner !!!