LESSONS IN HOW TO TROLL 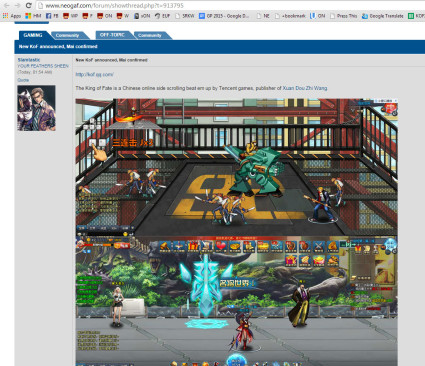 The game is called “King of Fate”.

As you can see, it’s actually a scrolling beat em up, featuring special guest KOF characters.

You can imagine the response…

Full marks awarded for having the courage…

But it is licensed, legit and headed to QQ.

Source: Neogaf forums via Loona on MMCAFE via tip via Prof

Next Friday, we’re having a super session stream of KOF and some other retro games …. Tune in!!!