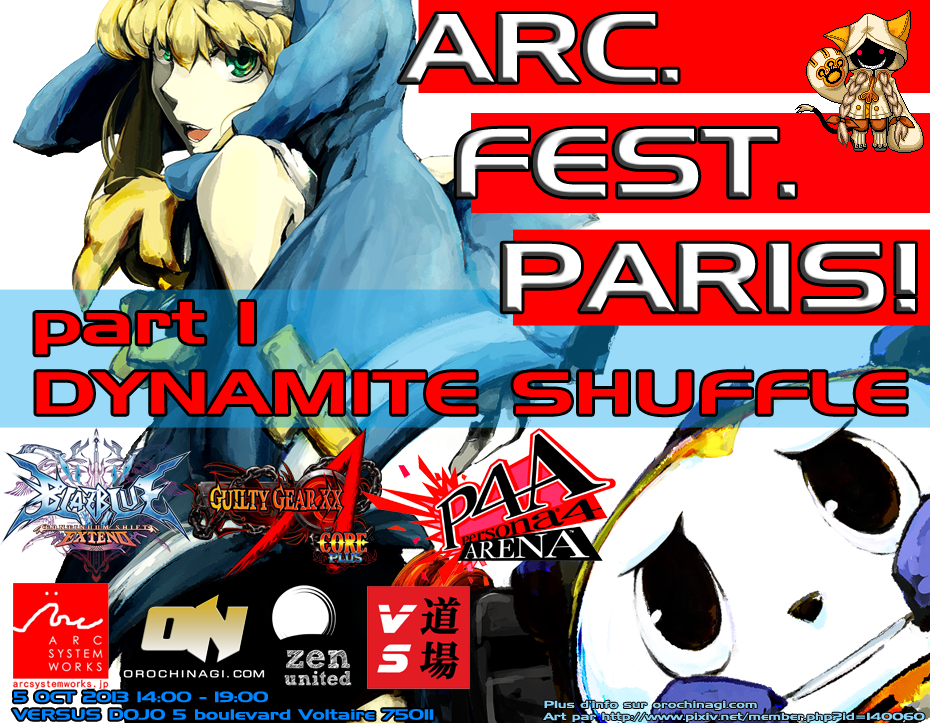 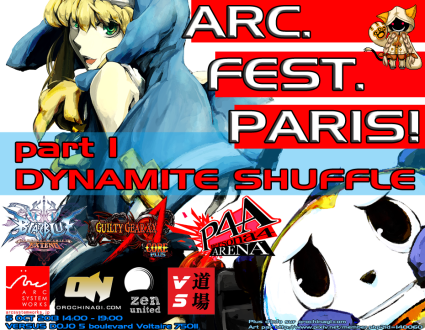 Fans of Arc Systems Games will descend on Paris to play their favourite games: Guilty Gear AC+, Blazblue CSE and Persona 4 Arena! There will be a ranking battle, with machines on freeplay, and some prizes up for grabs!

Come and join the fun! See you there!

Check out the Grand Finals for P4A last time at AS!