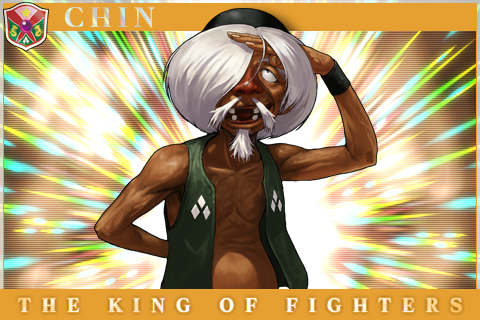 The Final Version (0.5) of a guide that took global participation (Dune, Kane317, Frionel, RaisedbyFinches), around 4 months of editing and a whole load of trauma to complete.

Check out more guides at our channel, forums and wiki!

When you’re playing against Chin, you’re playing against one of the most high-powered characters in KOFXIII, considered within top 10 tier in various countries. Although he has weaknesses and bad matchups, a single hit by him can be like an Amtrack ride to the corner of the screen with a complementary assortment of punches and kicks that drains about half of your life. What’s more, his moves are generally considered safe on block, especially against passive-aggressive characters that don’t have decent reversals. This anti-Chin guide will introduce to you the various options you have when faced against Chin’s moves.

That said, Keep in mind that fighting against Chin is more based on solid fundamentals and spacing than anything– you simply don’t want to get rushed down. Once that happens, Chin has a closet full of mixups he can use, and EVO 2013 showed that even the highest level of players can become bait against them. This guide can help you try and punish him after a block, but it’ll be of no use if you get hit by his ambigous setups to begin with.

The most ideal way of dealing with Chin is simply to make sure you don’t go into his range unless you’re getting the rushdown on him. Chin will need to resort to making risky attempts that are much easier to read, block, and punish.