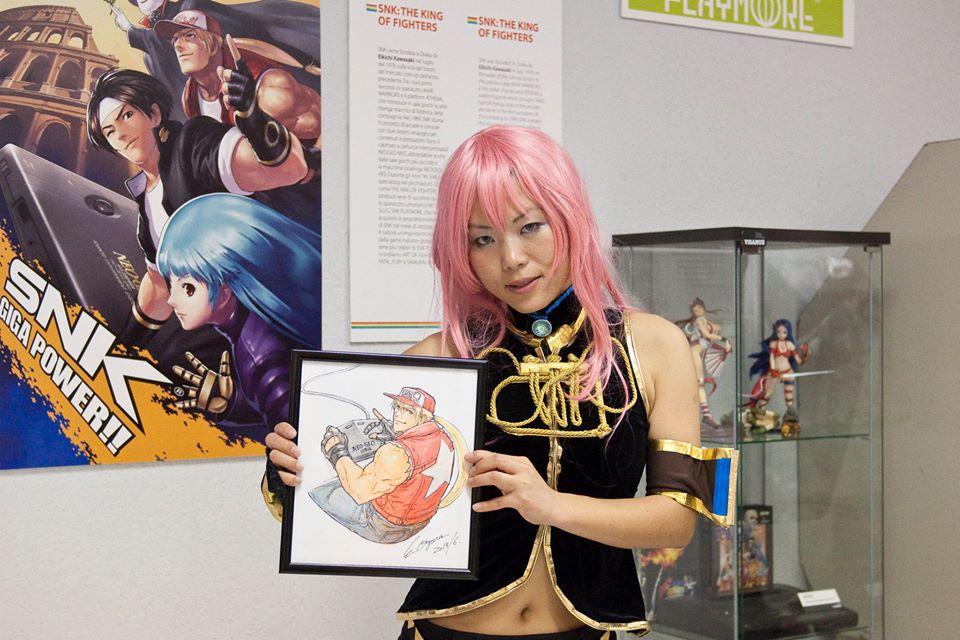 At the Vigamus they organized an event about SNKP.

They had talks about KOF’s history and story.
On the second day there was a conference about the story of SNK.
The played some videos of interviews with two designers from SNK.

There was also an inteview with Kei Yamamoto, Producer.
Unfortunately, there was no new info for new KOF.

They did have a cosplayer sing a KOF song and there were lots of fans and prize giveaways.  There was a special illustration made by EISUKE OGURA just for the event.
They had two tournaments: On the first day KOF 98 and for the second Samurai Spirits 2.

Mr Wolf won both of them ^^