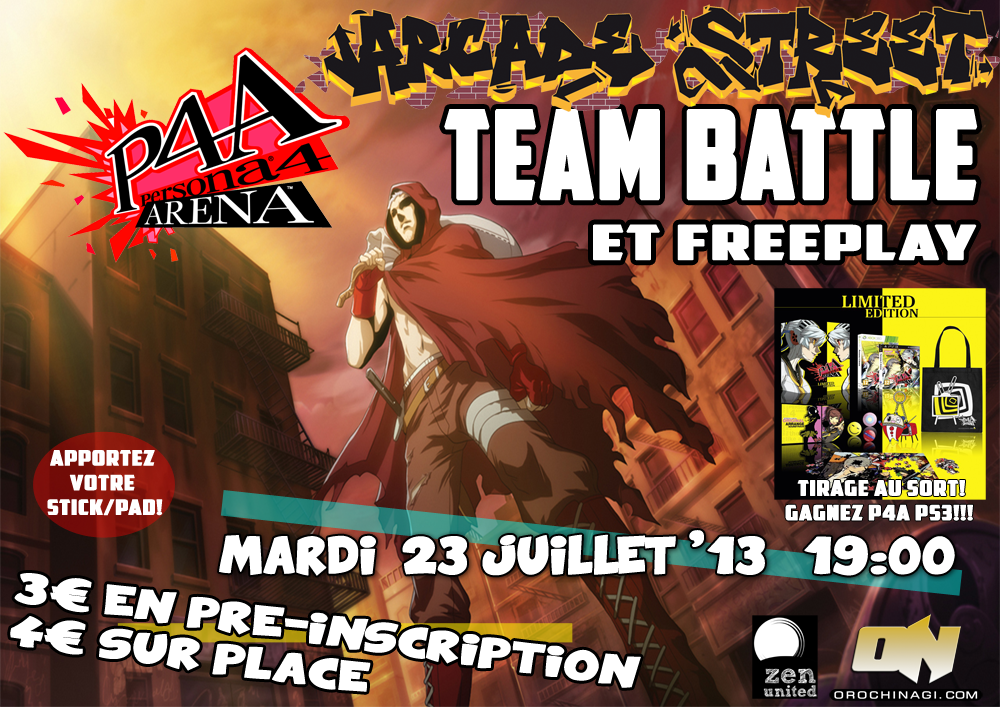 So we had 14 players turn up for a dead game that nobody plays because we’re behind by a year. Interestingly, while waiting for the setups, the Blazblue machine was suddenly getting rammed. Hmmmm.

So we had a randomised 2v2! Team Battles are great, but perhaps better for real arcade machines where you simply pay to play. Value for money wise, it wont really make a difference as long as there are freeplay machines available. Comraderie wise, random 2v2 forces players to get to know each other, compared to the whole team mentality of the battle, so it may be better in the short run.

Of course there will be tempers flaring when losses occur, the ‘Champion of Europe’ wept bitter tears in his lack of Liz matchup knowledge, blaming the lottery for his defeat. Perhaps he will be better off trying his luck at somewhere like http://www.spielsucht.org rather than throwing the dice against Liz’s Thanatos mixup. On the other hand the Liz tactics were soon downloaded and you will see Thanatos getting broken by simple jabs. I would personally have opted for using poison but it’s easy to say that…

I obviously was a mark for the double Liz team and I did like that bufu combo into affliction (still no idea what that is, it’s not love, looks like shock but in pink).

Yeah, xsplit went mad, and I didnt know how to reset everything, which meant the cast was in 720p but at a low bitrate – so I will have to learn how to properly use it, Wirecast has spoiled me. It’ll be fine next time, guaranteed.

Twitch for the whole lot – http://www.twitch.tv/arcadestreet/profile/pastBroadcasts

and here are the last few matches I managed to upload to youtube.