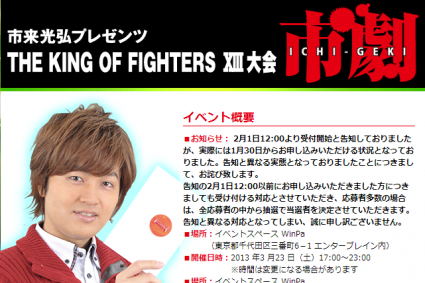 SNKP actually has banners of the tournament on their official site!
Is this a sign of things to come?

Keep an eye out for your reps, Haregoro and Myu! Gambatte!!!