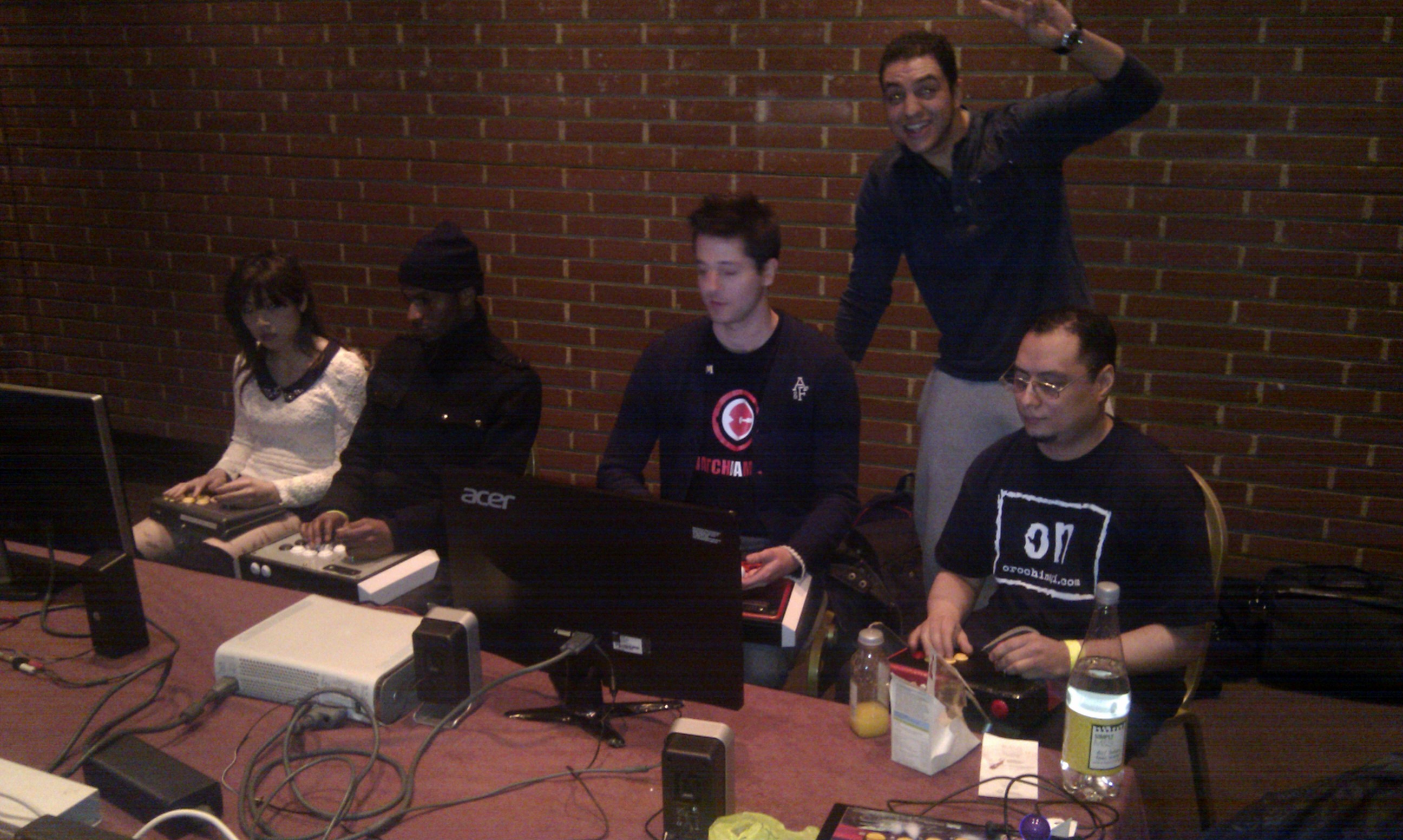 Streams and brackets below.

What can I say that hasn’t been said already? The timing could have been better, but it seems obvious that it was winter SVB or no SVB at all. Perhaps following SNKP’s plan of taking a break for a year and making sure the product was bang on before release would have been a good idea, but at the same time, getting to see the venue and finding out about power capacity and network connectivity on a smaller scale rather than when everyone is packed in is an invaluable experience. The venue itself is unsurpassed for this type of event. Every Tournament Organiser was surely gnashing their teeth when they saw the pics. This brings the level of quality to that of EVO, and that’s the last time I’ll say that, because after that, all you need to know is that this is SVB.

Hori and Zen United were present with lots of giveaways and chances to try out their newest products including that region locked game and the Fighting Edge. Quickly, the FE is huge, shiny and sexy as FCUK. My first impression was oooooh as I noted the granular resistance on the lever. Then a little confusion as I thought I saw an input drop on the buttons. More on that later, as I may be getting a bit more quality time alone with the FE…

Hori’s Ian also brought over the Japan exclusive Persona stick and let me know that the V3 (on which it’s based) is now no longer in production… Their next move into the market is the fighting stick mini, … which is…. uh… small. It’s of course perfect for travelling but horrible for serious combat, that is if you need the weight and spacing of a full size stick. If you have nimble and slender fingers, this could be ideal for you.

The V3 SA Kai was there, with the slightly increased spacing between buttons and lever, showing Hori’s continued development according to feedback from the customers. Non slip button and a select/start exchanging switch. Well, the VX was the winner of our last roundup, we will see about the next one…

Shout outs to the HOG, which looks to be re-opening in March, bringing down Super Turbo Arcade setups to SVB. Too sick.

Last but not least, the UK kof crew. Real good to see old and new faces, people are still trying out KOF and jumping onto the scene, some making a real big splash, Yagami14 in particular coming out of nowhere with some inventive setups and … other nasty things. Everyone has levelled up, proving that the Brits are not so lazy after all. The TRUE boys have been working hard and RobocopTwo’s Takuma is now certainly a force to be reckoned with. Miles of course will be proud to have been responsible for the most hype match of the day. GGs to you all, and if you are reading this make sure you subscribe or add me on facebook or whatsapp so we can keep in touch. Big thanks to Mienaikage and GMB for bringing in their personal setups to help things along. Good to see Tim119 coming down from China and Rickyo and Rayden from France, bringing that international flavour to SVB. The training must continue!

Unfortunately there wasn’t time to complete the ON championships, as I had to go commentate, I think we all have to just assume I will never get to sit and play, but what can you do? I’m honoured to be a part of the excitement and will always try to help at my own expense.

I have loads more to say but this has gone on too long! Check out the photos and stream archives. See you at the next one!

Containing the KOF final stages with a little commentary from yours truly.

More at the channel